Connect a USB Storage Device That Contains an Update [Fixed]

Sometimes when you try to update the PS4 system to the latest version, you get stuck in the safe mode with the following on-screen message: “Connect a USB storage device that contains an update file for reinstallation for version [X.XX] or later“. Sometimes this message comes with error code [CE-34788-0] and sometimes it doesn’t. Here, you don’t really know what’s going on. You have properly connected the USB storage device and it contains the update file already. So, what’s wrong? Is there any hardware issue with the PS4? Or maybe with the USB storage device that holds the update file? Or is it just the system messing up and a simple reboot will fix this problem?

Well, all of these are possible scenarios. So let’s dive deeper into this topic and try to find a relevant resolution.

Apparently, the Error [CE-34788-0] message indicates that the PS4 system hasn’t been updated correctly. Accordingly, this resulted in corruption in the PS4 system files and it requires that you reinstall the update. 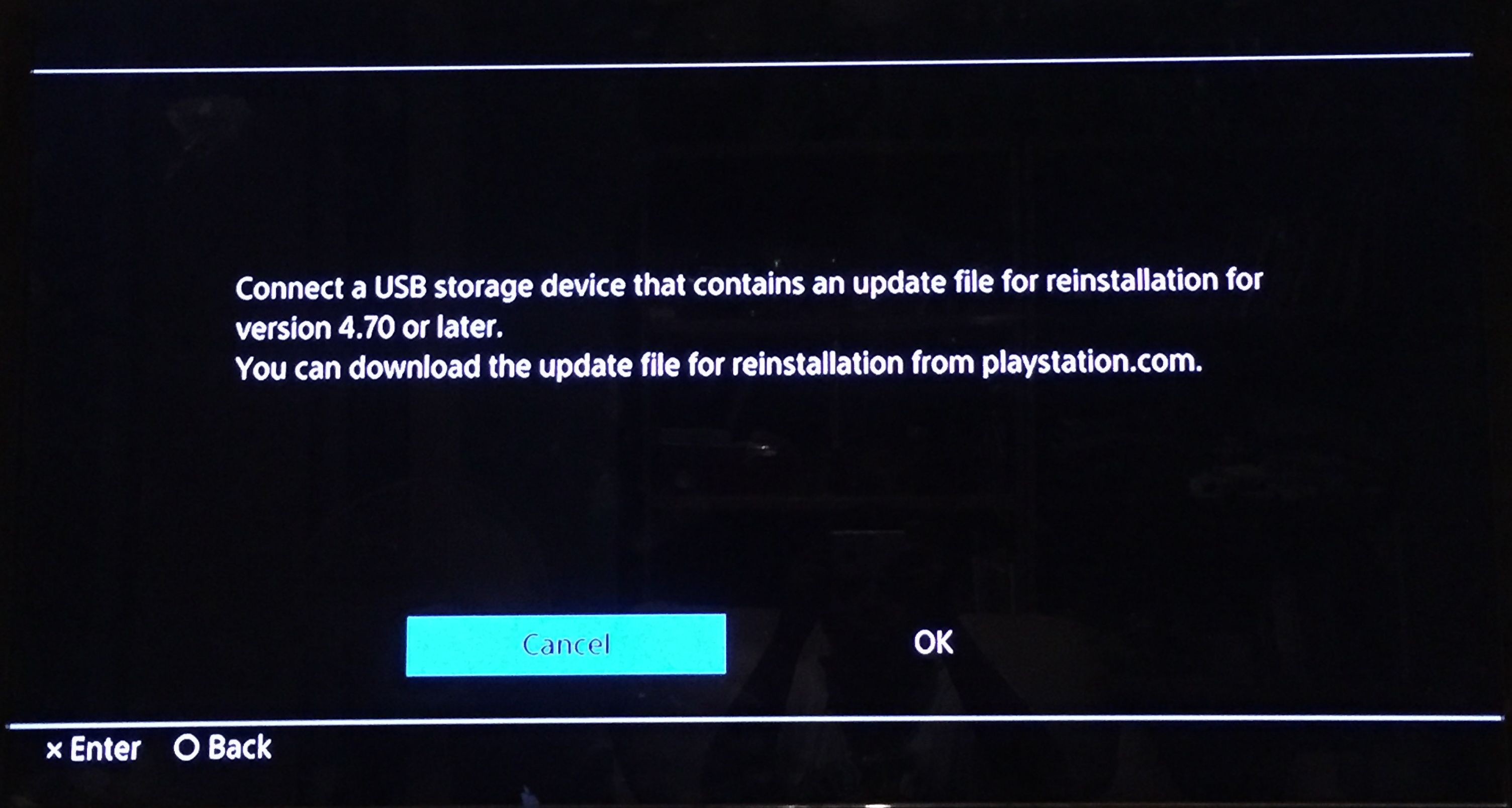 The Causes of This Error

Error [CE-34788-0] happens when you try to update the PS4 system but the update process fails due to several reasons. The most common reasons for that are: 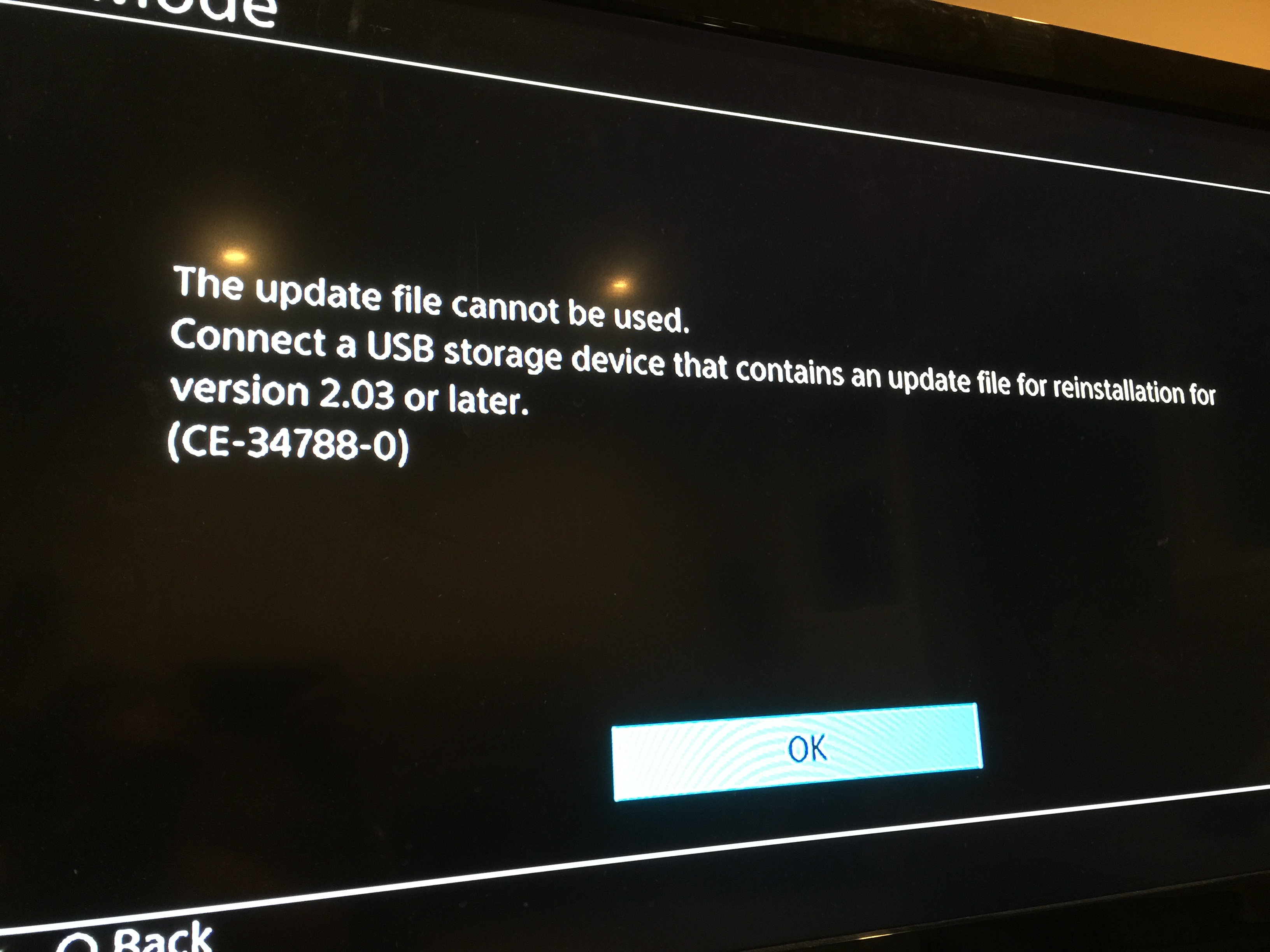 Whatever the reason is that caused getting Error [CE-34788-0] message, you have to try every method listed below until something works out for you. So, let’s see the available methods to fixing error message “Connect a USB storage device that contains an update file…[CE-34788-0]“.

The easiest and quickest fix is to reboot the PS4. If you still see that message after reboot, you better try to totally turn off the PS4. You’ll need to unplug the power cable and wait almost 15 seconds before you plug it back in. Now, turn on the PS4 and check whether this resolves the problem or not. If not, try other methods, hope you’ll find a method that works.

The first thing you have to try here is to rebuild the database, as the file corruption might only affected it, not the whole system files.

In order to rebuild the PS4 database, please follow the steps illustrated below: Try to Install the Update Again 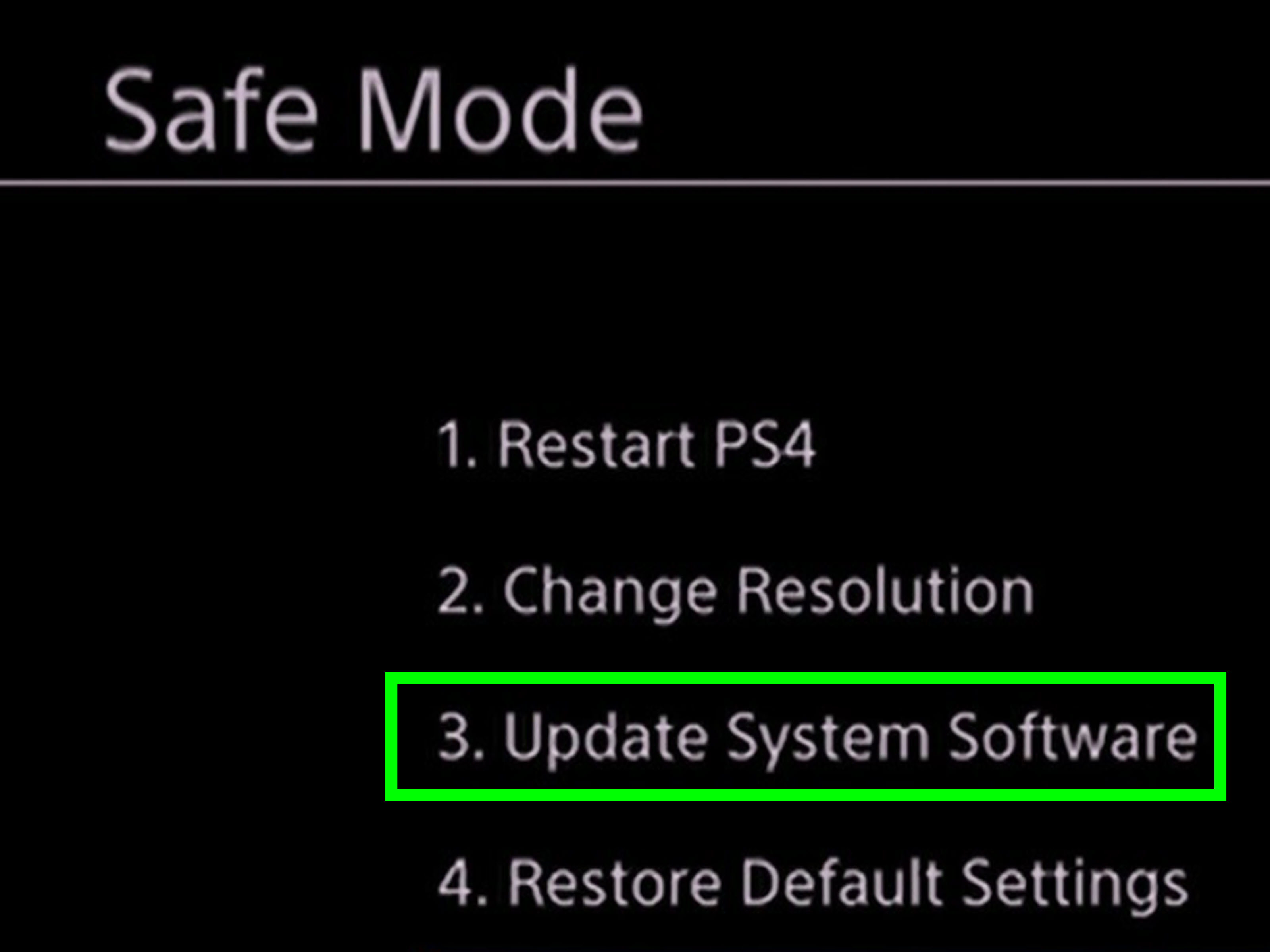 Note that when you visit the PS4 system software update official page, you will see two options:

So, how can you update the PS4 system software using the USB storage device?

The process is way very easy, just follow the instructions carefully and you’ll be fine.

If the update process fails, that indicates that the problem is critical. In this case, you’ll need to FULL initialize the PS4 and reinstall the whole PS4 system software. This operation will delete all your saved data, so you’ll be lucky if you’ve already taken a backup recently. If you haven’t, I can only say: hard luck!

Generally, the PS4 hard drive must be full formatted at least once every year. The format operation restores its original performance and eliminates any error found inside it. That’s why when you have a serious error with the PS4, always suspect the hard drive first.

Formatting the PS4 hard drive is easy and doesn’t require a savvy to perform it. Just follow the simple instructions in this guide and you’ll be fine.

Worth it to say that if your budget permits, you better get an SSD for PS4 and replace the PS4 stock hard drive with it. That’s because the PS4 stock hard drive is a mechanical device that naturally causes functional errors after a while of use. As for SSDs, they are way too reliable than HDDs and have very low failure rate as compared to mechanical HDDs. Additionally, the PS4 hard drive specifications are not appealing in this era. It’s slow and outdated and doesn’t meet the modern storage standards of today.

You should have already backed up any data you want to keep, such as images and video, to an external device or to the cloud.

Generally, Error [CE-34788-0] that comes with the message “Connect a USB storage device that contains an update file” is easy to fix. Usually, it is only a software-related issue that can be resolved by either trying to re-update, or, in worst scenario, to initialize the PS4. Sometimes the problem is with the PS4 hard drive itself, but it’s very rare that one of the PS4 hardware causes it.