During the downloading of games or patches from the PlayStation Network (PSN), users might have to face this extremely annoying error code CE-36244-9. This error comes with an on-screen message stating: “Cannot download. The data is corrupted.” This error can prevent users from downloading digital materials for their game console. So this is really a serious problem if it leads to this situation. Many users think that the main culprit here is the PS4 internal HDD, but most of the times it’s not. In fact, regardless what the error code says, this error code has more to do with how the system downloads the games. But yes, in a few cases the PS4 hard drive is responsible, although that’s not so common.

When downloading a game or patch, if you’ve got Error [CE-36244-9], and you suspect that the PS4 hard drive is failing, then it is definitely helpful to check out the steps listed in this guide before you completely format the PS4 hard disk. That way you ensure that there is ‘no data corruption’ of any kind, like the message states.

What a Corrupt File Is

Damage to the storage medium, such as a hard drive or USB memory stick, can also render parts of a file physically unreadable, creating the same result. A corrupted file may not open at all, or may show an error if it does. These damaged files are self-contained, meaning they don’t indicate a problem with the original program.

Individual applications and your operating system can both develop corrupted files, which may prevent proper use of any files that rely on these core programs.

Why Do Files Become Corrupted on PS4?

Usually, files become corrupted when being written to a disk. This can happen in various ways, the most common of which is when an app suffers an error while saving or creating a file. A game might suffer a glitch at the wrong time while creating a save. Your backup app may have problems when writing out your backup. Your browser (or other download app) may even have problems writing a downloaded file to disk.

There are, of course, other reasons that files can become corrupt, as well.

When you shut down your PS4, it is supposed to close out any files it has open properly (or give you the chance to do so). When this doesn’t happen—like, say, if you lose power or if your PS4 crashes—it doesn’t have the chance to close files the right way. This can lead to the corruption of any files that were currently open, including not just your documents, but even operating system files.

Problems with the PS4 hard disk can also lead to corrupted files. Sometimes, like in the case of a bad physical sector on the drive, your corrupted file may be part of a much larger problem. Sometimes, smaller errors—like a cross-linked file or lost cluster—are the culprit in your file corruption problems and are not necessarily indicative of a failing hard disk.

So, here’s the most important section in which you’ll learn every possible resolution for this problem.

Reboot the PS4 and Re-download the File

This is the easiest and quickest solution. Rebooting the PS4 can help fixing lots of issues with the PS4 system. So, in case the error is within the PS4 system itself which, consequently generates Error [CE-36244-9], rebooting may fix it.

After you reboot, try to download that file again from the very beginning. See if it works now. If it doesn’t, go to the other suggested solutions.

The home network configuration may cause Error [CE-36244-9]. To confirm, try using your mobile phone data as a hotspot. If it successfully lets your PS4 connect, something might be wrong on your Home network. Please set your network configuration to static including your IP address. A large number of PS4 owners claim that the problem can be rectified simply by changing the DNS server address. To be more precise, we will use DNS from Google.

Rebuilding the PS4 database is very easy, and it can resolve many performance issue in the PS4 system. It’s possible that Error [CE-36244-9] is a result of a corrupted PS4 database.

So, in order to rebuild the PS4 database, you have to first go to Safe Mode, then choose option #5.

To learn how to go to Safe Mode, please watch this short video:

Once you choose option #5, just follow the on-screen instructions until the end. Reboot the PS4 and see if this resolves the problem or not.

Free Up Space On the PS4 Hard Drive

It’s a fact that when the PS4 hard drive is almost full, the PS4 system will stop downloading anything. Accordingly, the file download will not complete and you’ll get just part of it.

Even if the PS4 hard drive seems to have enough space, the PS4 system preserves part of it for caching. Additionally, the hard drive itself needs almost 5-10% of its storage capacity free in order to function properly.

So, what I suggest is that to maintain at least 10% of the hard drive capacity free. This has resolved Error [CE-36244-9] for some PS4 users.

To see exactly what’s using space on your console, head to Settings > System Storage Management. You’ll see exactly how much free space you have available as well as how much data is used by applications, the capture gallery (which contains your saved video clips and screenshots), saved data (like save games), and themes.

Select any of the categories here to see exactly what’s using space and start deleting things. 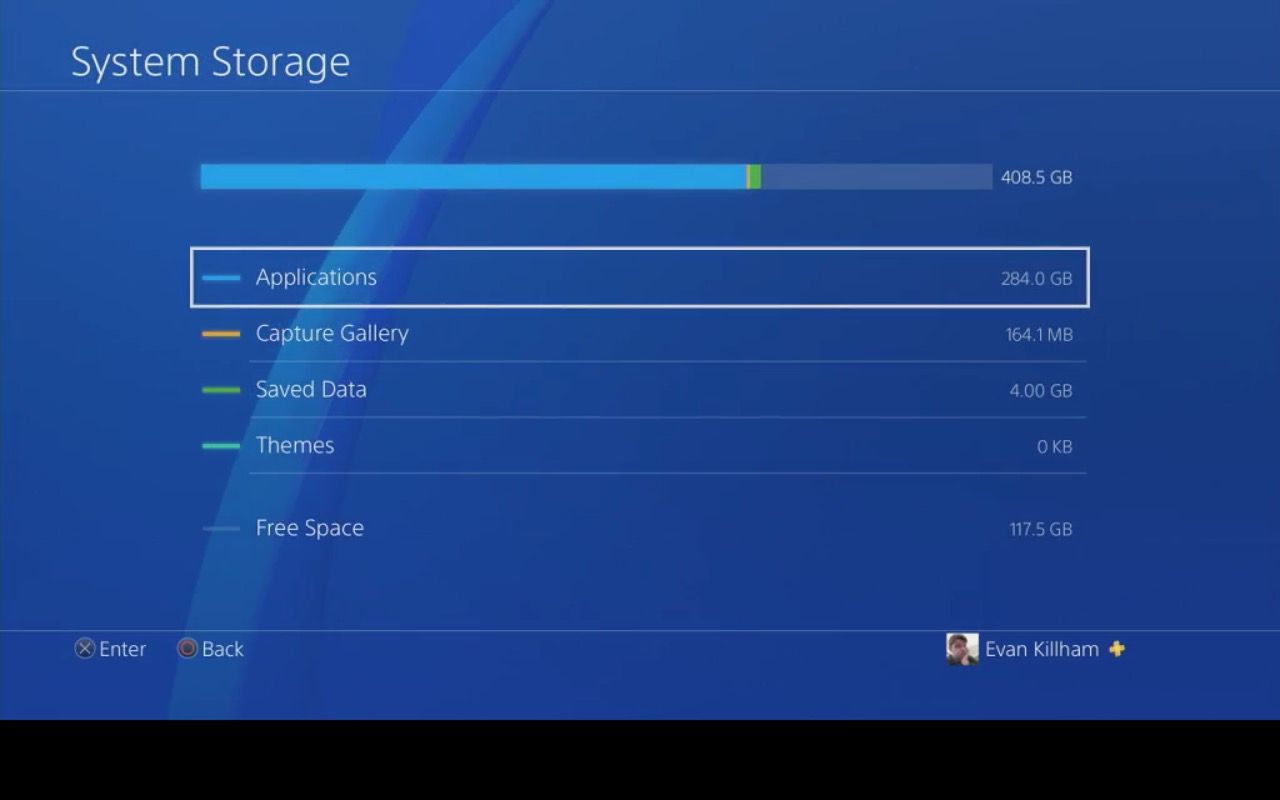 For additional details on how to do that correctly, please read this official PS4 document.

You should have already backed up any data you want to keep, such as images and video, to an external device or to the cloud.

Ok, if nothing work at all, you better format the internal hard drive of PS4. There might be bad sectors on the hard drive platters that cause data errors, and you have to eliminate them.

The hard drive format doesn’t only eliminate errors, but also restore the original performance of the hard drive. That is why it’s advisable to format the PS4 hard drive once or twice yearly (depending on your usage) to maintain its peak performance.

After the format is complete, you have to install the PS4 system software from scratch.

One of our valued readers named “Bobby Davis” suggested, in his comment on this post, the following steps to fix that error:

Note that this solution might not suit everyone, as the reason for this error varies.

How to Protect Against Corrupted Files

First and foremost, the single best thing you can do to protect yourself against corrupted files is make sure you’re backing your PS4 up regularly. And note that cloud storage and other file syncing options may not be enough to get the job done. If you have a corrupt file on your local disk that then gets synced to your cloud storage, you don’t really have a good backup of that file.

And finally, you might want to consider investing in an uninterruptable power supply (UPS) to help protect your PS4 from sudden shutdowns when you lose power. A UPS works as a battery backup that provides you a buffer against power loss. Typically, they can supply your PS4 with anywhere from a few minutes to an hour or more of power, giving you ample time to shut your computer down properly. Having a good UPS can not only help prevent corrupted files from a bad shutdown, but the hardware problems they can cause, as well.

There are several reasons that may cause Error [CE-36244-9] and corrupt the PS4 data. The good news here that in most cases it is very easy to fix. You don’t have to be an expert in order to fix that PS4 error. Just follow the instructions carefully and you can do it.