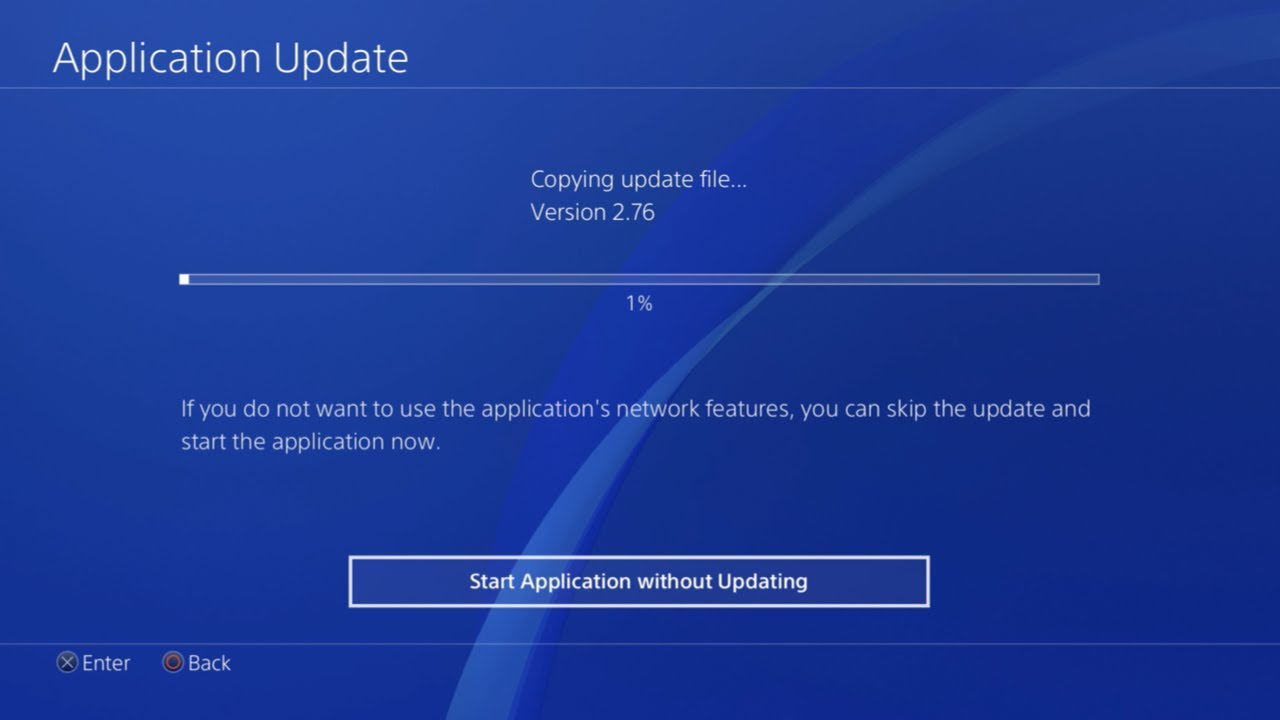 A wide variety of users reported that when they tried to update one of PS4 app/game, the copying process went extremely slow and it took a so long time to complete. Sometimes the PS4 copying update is stuck and won’t proceed, or it just needs forever to finish.

So, why is that happening? Anything wrong with the PS4 itself? Or it’s just a bad code in the system that Sony needs to fix? And finally, is there a way to speed up the PS4 copying update?

Well, there are several reasons that contribute to making the PS4 copying update file slowly which are listed below right in the next section.

If you try to update one of the PS4 applications yet the copying update file takes forever, that indicates there’s a real problem that must be resolved. Here are the most common reasons for this issue to take place:

The PS4 CPU is the unit that’s responsible for processing digital tasks and rendering data. If any problem occurs within it, PS4 will become slow and the processes will take longer time to finish.

When there are many resource-demanding applications working on the background, the PS4 CPU will be loaded with many tasks to process. Now imagine it, since the application update is a task to process that needs CPU resources and focus, the CPU won’t be able to quickly process that task. As a result of that, the task processing delays and takes longer than usual to be accomplished.

When the PS4 is dirty and dust is covering its innards, the CPU fan won’t spin properly. This results in a hot CPU that leads to degradation of performance. That’s because if the CPU works on its fullest without enough heat ventilation, the transistors of the CPU will burn and go out of action. So, for the CPU to protect itself from this bad scenario, it lowers its performance in order to cool down itself and generate less heat. Consequently, the application update process will become slower and take longer time.

One of the strongest indications of a hot CPU is the loud fan. When PS4 fan is too loud and the PS4 becomes noisy and its body is overheating, you must immediately try to fix that, as it will remain like that until it fully falls into decay and stops working entirely. 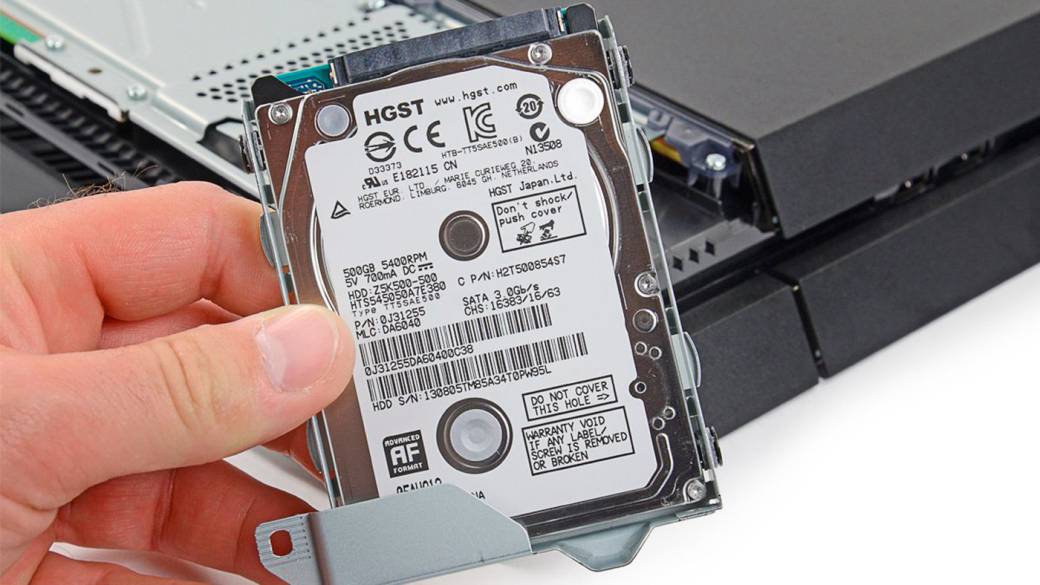 If you still haven’t upgrade the PS4 internal hard drive yet, you may seriously consider it now. The stock hard drive of PS4 is old and slow and there are several valid reasons to replace it with a better drive, especially an SSD (Check the PS4 SSD Upgrade Guide).

Storage devices, especially mechanical hard drives, get their performance degrading over time due to various reasons:

This all requires from you to maintain the PS4 HDD to restore its lost performance. Once that’s done, the PlayStation copying update file won’t be slow, rather it will become faster.

Note that having an SSD instead of HDD in PS4 will protect you from many troubles that mechanical hard drives have. That’s because SSDs are very reliable compared to HDDs and last much longer without an issue. So, consider getting one for your console if you care about having a smooth, seamless and enhanced gaming experience.

If the slow copying of update file happens with a particular game/app only, it means that specific game itself is having issues&mdashmost probably corrupted core files.

Game consoles are very much like computers, their operating system loses important system files due to long use. That’s why IT experts always advise computer owners to format their computers and re-install a clean copy of the operating system if they want to maintain the optimum performance.

That same goes here with the PS4. Overtime, file conflicts take place and important files get corrupted/damaged. As a result, the PS4 copying update file takes for ever or may get stuck.

If your PS4 is running an older version of the PS4 system software, you may undergo compatibility issues with the new game/app update. That’s because these updates are usually released to keep the application fully compatible with the latest PS4 system software. Therefore, if the system software is old, the PS4 system will have troubles rendering the update file, so it will take so long and, as a result, it will get stuck and stops progressing entirely.

If the game/app is installed on an external hard drive, the PS4 copying update file goes very slow if there’s a problem connecting with the original app/game. A problem such as a defective USB port, a damaged USB cable, or even a malfunctioning external HDD.

There are different methods that you can try in order to resolve the PS4 slow copying update file issue. We suggest the following:

1. Fully Clean the Inside of PS4

This action should be carried out at least once a year in order to maintain the optimum performance of the PS4.

Doing that is very easy, you just need the right tools for this work. Please visit this page to learn more about that topic.

You better also replace the PS4 thermal paste if you want to implement additional care to your console.

Rebuilding PS4 database works like the defragment tool in Windows OS. It will arrange files for faster access and delete damaged or corrupted files for a better performance.

Rebuilding PS4 database actually reorganizes your hard drive to make it easier and quicker for the system to access your files. A properly organized database can load data faster, decreasing the chances of having your game freeze or experiencing frame rate drops.

Database rebuilding is a fairly simple task that should be done every few months — doing it once a quarter is best. The more frequently you do it, the less time the process should take.

Just follow the steps below to successfully rebuild the PS4 database:

Rebuilding your PS4’s database may take minutes or hours depending on how full your console is and how often you install and delete games.

3. Update Your App/Game in Rest Mode

In Rest Mode, your PlayStation 4 isn’t fully shut down. When you turn it on again, it will power on in a second or two rather than going through a 30 second or longer boot-up process. It can download game updates and operating system updates in the background, so your games are always up-to-date.

In short, Rest Mode makes everything more convenient. The PS4 was designed to be put into Rest Mode when you’re not actively using it.

So, when PS4 copying update file is slow, try to log into Rest Mode and do the updating process there.

The file system (or filesystem) organizes the data stored on the PS4 hard drive. It tells the PS4 operating system where files should be placed on the drive for retrieval or modification. Formatting PS4 hard drive erases this file system completely and installs a new one in its place; all of the files on the drive are erased as well. Enthusiasts sometimes choose to reset, or format, the hard drive on their game console to improve the performance. Erasing the drive’s contents and reinstalling PS4 system software can speed up the console, eliminating the expense of upgrading to a new storage device.

To learn how to format the PS4 hard drive to restore its original performance, please visit this page.

Game consoles like PS4 do tend to slow down as the hard drive fills up. Some of this is unrelated to the hard drive; as they age, operating systems get bogged down with extra applications and files that slow down the PS4. However, hard drives do need empty space for virtual memory. When your RAM becomes full, it creates a file on your hard drive for the overflow tasks. If you do not have space available for this, the PS4 may slow down drastically.

An SSD has an extra layer tied into free space and speed. When an SSD has empty blocks, the PS4 writes quickly to those blocks. If your SSD is nearly full to capacity, the program must find partially empty blocks, which takes longer. That explains why PS4 updating file goes so slow and sometimes gets stuck and not moving.

If you’re using a mechanical HDD with PS4, keeping somewhere between 10 and 15 percent of your drive empty should leave you with plenty of space to spare for virtual memory and temporary files. Older drives like the PS4 stock HDD with less capacity than a modern drive may need a little more extra space for better performance. For an SSD, the recommendation is higher — about 25 percent.

Fully Clean the Inside of PS4

If all the above solutions didn’t work to fix the PS4 slow copying update file, you must try to reset the PS4 to factory settings.

Resetting the PS4 is a fairly straightforward process. Usually, this is a last-resort effort to ensure the functionality of the system. Be sure to back up any save data you may have before starting the reset process.

Factory resetting the PlayStation will erase all of your data from the system, so doing this process without backing up your save data will cause you to start from scratch. Luckily, PS Plus subscribers can upload saves to the cloud, so backing up save data should be a non-issue if you’re a member.

Also, before doing the reset, make sure you deactivate the console as your primary unit, or you might later have issues accessing online content or re-loading your data onto a new or refreshed device.

You can deactivate the PS4 through the “PlayStation Network/Account Management” tab in the Settings menu. Hit the “Activate as Your Primary PS4” tab, and then select “Deactivate.”

How to factory reset a PS4

Your PlayStation 4 will now begin to wipe itself clean, restoring the hardware to its never-used, fresh-from-the-factory settings. The process may take more than an hour.

When you notice that the application update process is very slow and taking forever, usually there’s a performance problem within the PS4 that you need to look after.

In most cases, one of the above solutions should fix the problem. If nothing works though, you may need to dispense with the app/game that causes this issue.