If you are seeing the PS4 error code (SU-42118-6) on your screen, don’t worry – you’re not alone. This error can affect any PlayStation 4 owner and leave them stuck in a restart loop. But don’t worry, we have a solution. In this article, we will walk you through how to fix the PS4 error (SU-42118-6) completely. 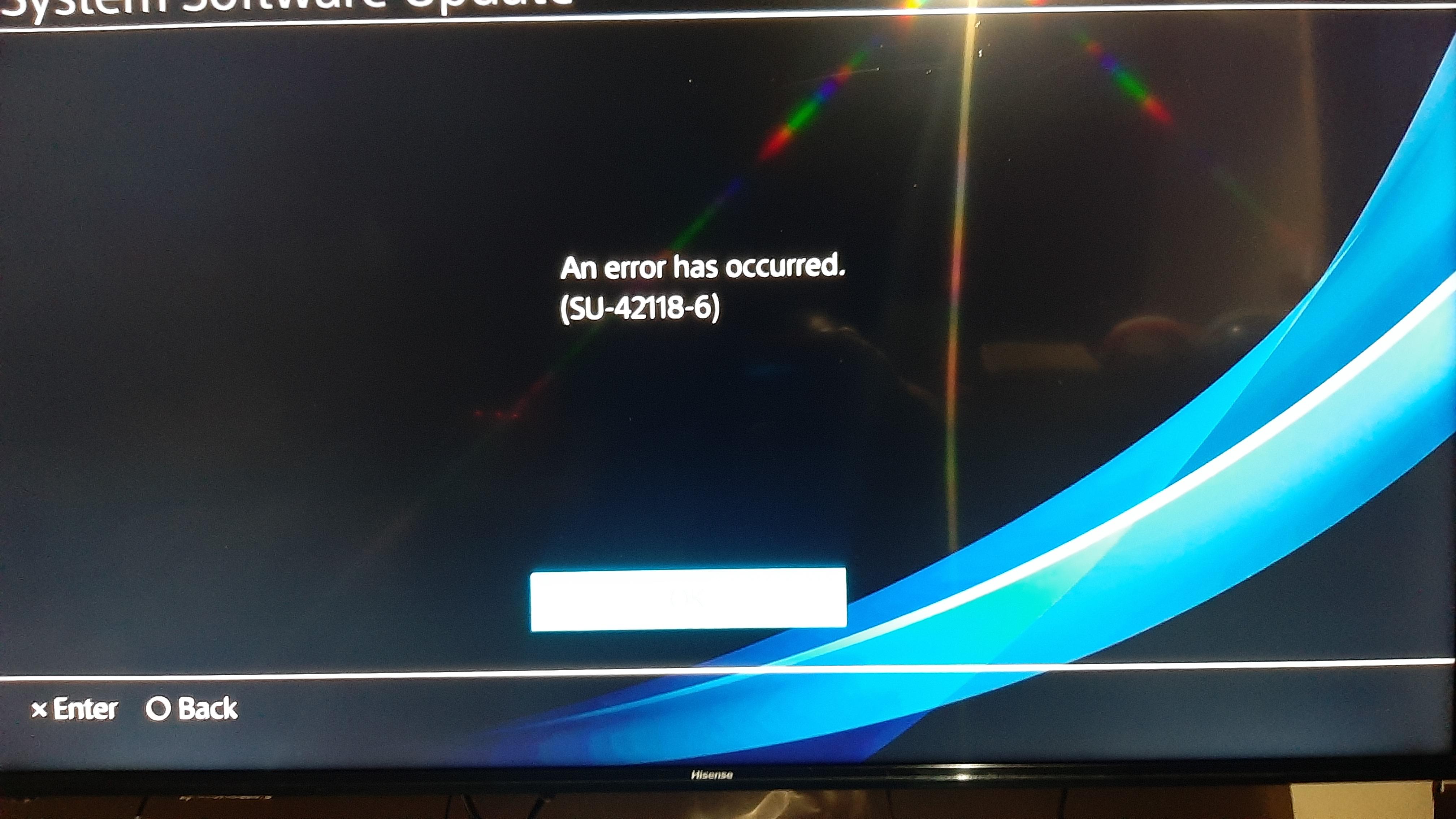 PS4 Error code (SU-42118-6) indicates that at least one hardware component of the PS4 has failed and prevented the PS4 system to load. In most cases, it means that there is a problem with the ribbon connector between your motherboard and BD-ROM to the extent that the BD-ROM is malfunctioning and preventing the PS4 system to load. Moreover, it can be also the internal hard drive that’s not functioning properly or fails to connect to the motherboard.

Unlike most PS4 update error codes, the (SU-42118-6) error code is actually not caused by a software problem, rather it refers to a hardware failure.

Your PS4 might work fine and flawlessly just right before you tried to update it. Once you go through the update process, you receive the (SU-42118-6) error code and can no longer load your PS4 home screen, rather your PS4 will go through an endless restart loop in most cases. 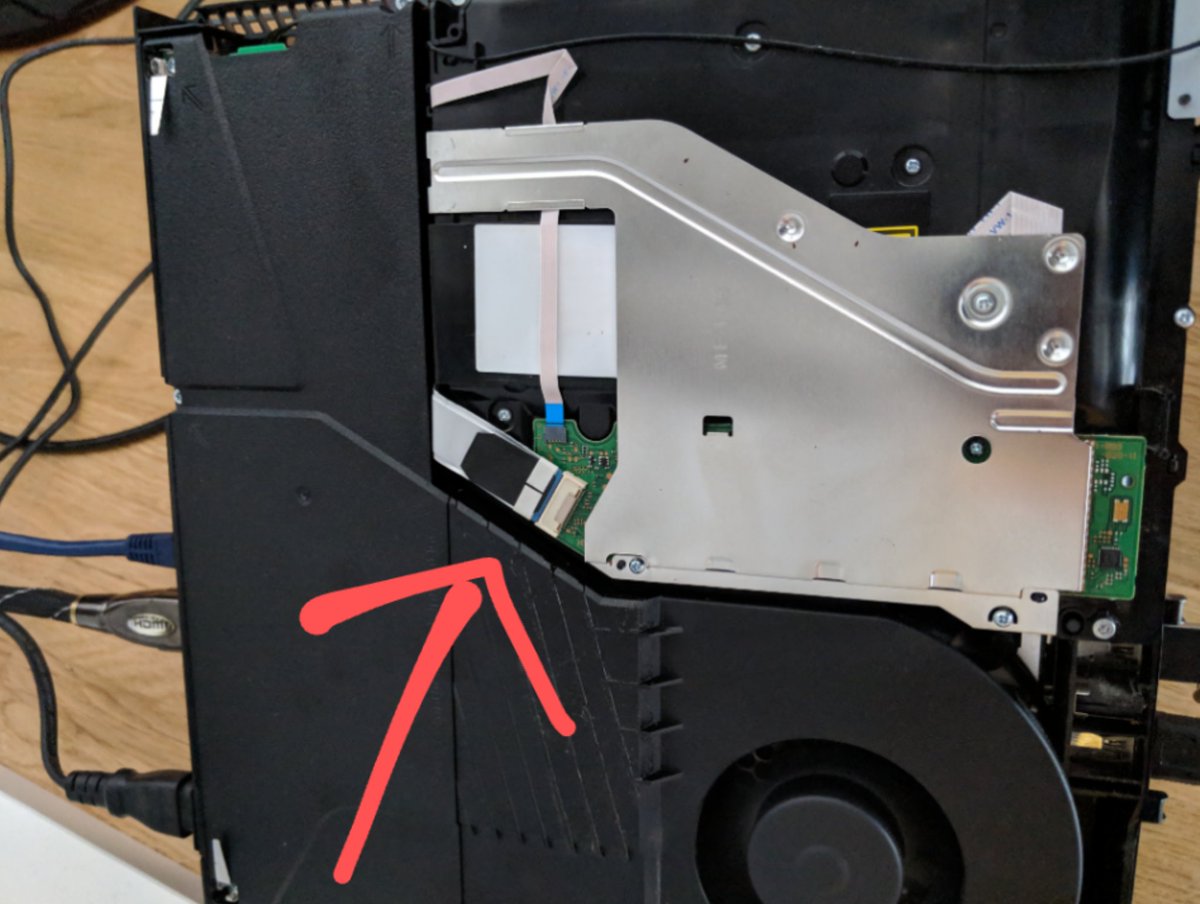 One of the most common causes of this issue is that there’s a broken ribbon connector between your motherboard and BD-ROM, which might happen as a result of disassembling and reassembling your console while cleaning it or whatever. Or it can just be any cable that got loose inside your PS4.

When you improperly reassemble your console hardware, error codes related to hardware failure may occur, including (SU-42118-6), which may not appear directly until the console undergoes certain conditions.

Also, it can happen when your BD-ROM has problems reading the Disc.

One of the most common symptoms of PS4 hardware failure issues is that your console randomly turns off by itself for no apparent reason or it goes into a restart loop occasionally.

Fixing the PS4 Error (SU-42118-6) is not as difficult as it might seem at first. You don’t need to be a professional technician or have any special skills. You have just to follow the instructions carefully and things will go right with you.

First, try this easy and simple method. Just remove the hard drive from your PS4 console and re-insert it again. Once you’re sure that it is seated firmly in its bay, turn on your PS4.

How to Remove PS4 HDD

To remove your PS4 hard drive, you need is a Phillips screwdriver and about 20 minutes of free time. Now, follow these instructions:

Insert the PS4 HDD Back Into the Bay

So, in order to fulfill reseating the PS4 HDD, you have to install the hard drive back into the PS4 console, just follow these steps in reverse order. Be sure to screw in all the screws.

Remove the Disc In the Drive

If you have any Disc in your PS4 Blu-Ray drive, remove it first, then completely turn off your PS4 and disconnect it from the power source. Turn on the PS4 now and enter the Safe Mode, pick the “Restart PS4” option, and check if this works or not.

Open Up the PS4

At this point, you need to open up the PS4 console and do the following:

One guy on Twitter stated that rehooking the cables had fixed this error for him:

PS4 users: if you ever experience error code SU-42118-6 when booting your PlayStation make sure all the internal cables are properly connected. Mine was just a little loose and caused this error to happen after updating.

Once you fulfill everything stated above, do the following:

Reboot the PS4 via Safe Mode 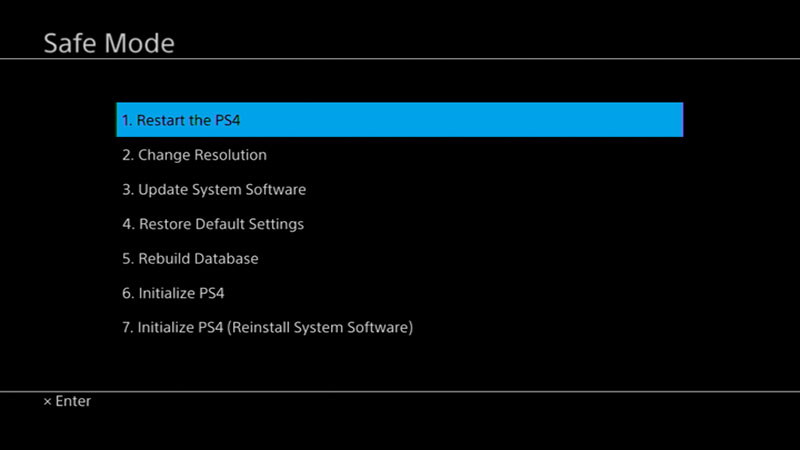 This step is important especially after you have cleared the CMOS memory. In order to do that, follow these steps:

Once the PS4 home page loads successfully, you’re not supposed to see Error (SU-42118-6). But if you do, try the other methods.

Update the PS4 via Safe Mode

Your next step is to update your PS4 system through Safe Mode. Sony has illustrated this method thoroughly to the extent that it doesn’t need any further explanation. Please visit this official PlayStation page to learn how to update the PS4 using Safe Mode.

Restore the PS4 to default settings Through Safe Mode

Initialize the PS4 via Safe Mode

If nothing has worked still for you, you may want to initialize the PS4 from the Safe Mode and reinstall the PS4 system software. You have to visit this official PlayStation page to learn the right way to do that.

Repair or Replace the PS4 HDD

If you have done all that and you still get Error (SU-42118-6), you have to try to repair your PS4 hard drive or just replace it (we strongly recommend upgrading your PS4 HDD to an SSD) as it might cause the whole issue.

Do you know that a bad PS4 hard drive is responsible for the majority of hardware-related errors on PS4?

That is because classical hard drives degrade and lose performance when they age, much more quickly than flash-based solid-state drives (SSD). You can educate yourself on this issue by reading the PS4 stock HDD specs.

But we strongly recommend that before replacing the PS4 hard drive, you should try to repair it. How? Well, just connect it to a PC and perform FULL format (read more on PS4 internal HDD format guide).

Once you format your PS4 hard drive, insert it back into the PS4 drive bay, and install a fresh and clean copy of the PS4 system software. Now check, has it worked for you and that the Error (SU-42118-6) issue has gone? Or does it still persist?

If formatting your PS4 HDD doesn’t work and Error (SU-42118-6) still persists, it doesn’t mean yet that the hard drive is innocent/guiltless. You can’t really say until you replace your PS4 HDD with a new one, we strongly recommend an SSD.

In many cases, fixing PS4 Error (SU-42118-6) is easy and doesn’t need a technician to do it. On the other hand, some cases are really serious and require the interference of a specialist.

In the meanwhile, you can try all methods laid out in this article in the pursuit of fixing PS4 Error (SU-42118-6), and once you give up and nothing works for you, take your console to the repair shop to fix it for you.

The PS4 Error Code (SU-42118-6) indicates that there's a hardware failure in your console that prevents the system from functioning. The main reason for it is a loose or broken connector that links the motherboard with that hardware component.

if you ever experience error code SU-42118-6 when booting your PlayStation make sure all the internal cables are properly connected. Mine was just a little loose and caused this error to happen after updating your system software. If that hasn't worked for you, try the other tips illustrated in this article.