There are several reasons why the PS4 gets frozen and behaves weirdly ranging from a corrupted database to a defective hardware piece.

Sometimes PS4 freezes during the gameplay and other times it freezes on home screen. In fact, this is one of the worst nightmares that every player won’t wish to see. One of the symptoms of this is to get error code (CE-36329-3) then PS4 freezes. But the good part in this scene is that fixing the frozen PS4 is not usually difficult, unless there’s a serious hardware issue. And here, in this comprehensive guide, you’ll almost find everything you want to resolve this issue and get your PS4 back to normal.

Worth it to say that these solutions work also with frozen PS4 Pro. So, if your PS4 Pro is freezing, the tips in this guide will surely help.

If you notice one of these symptoms on your PS4, this guide will surely help you get over it. 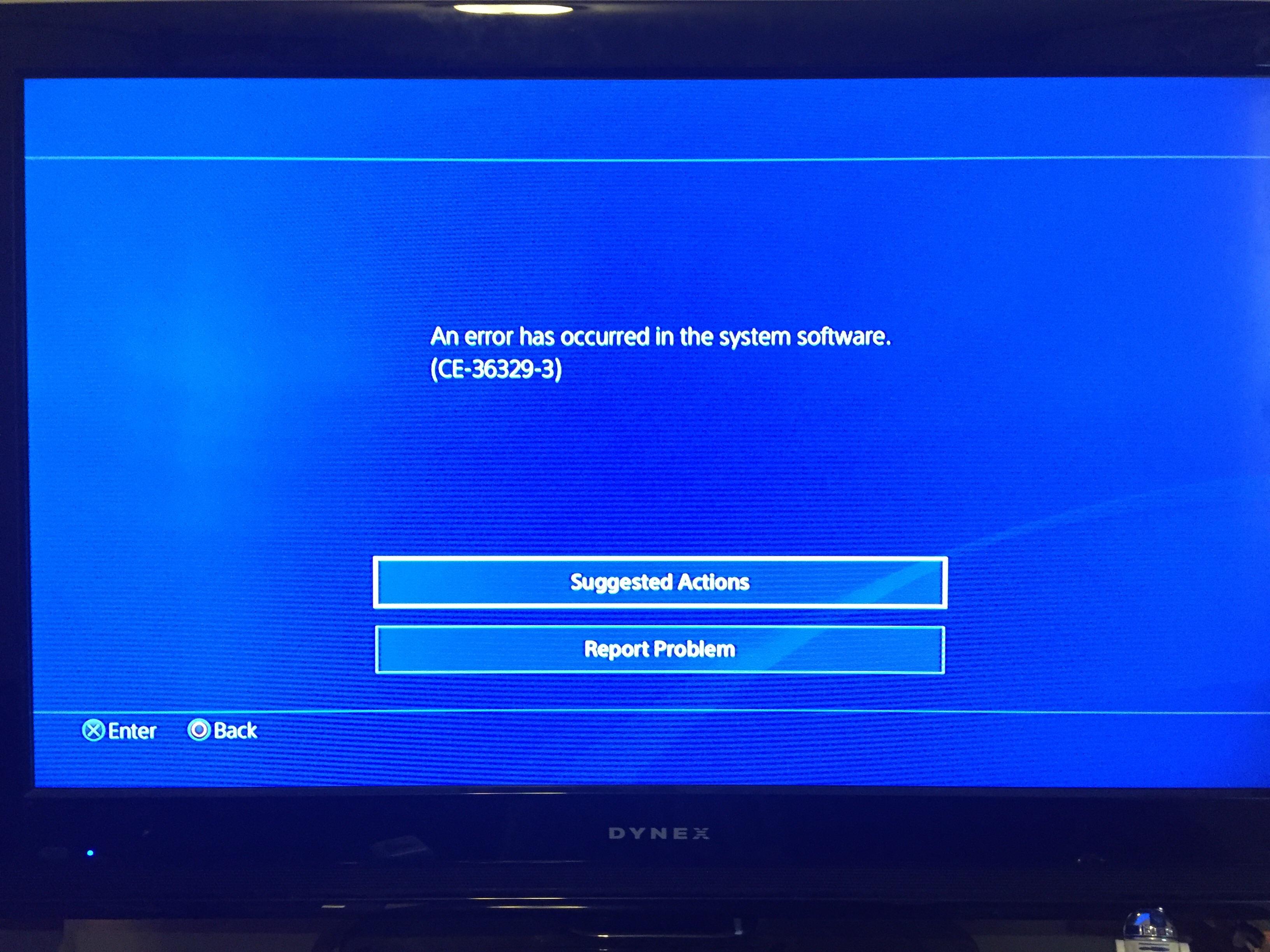 This is so obvious. This error usually occurs due to a physical failure of the hard drive or any other hardware. In some cases, it can be logical error. If this error doesn’t happen right after you turn on PS4, the issue is hopefully easy. Otherwise, it might require you to change the internal hard drive or take your console to an expert. Just follow all tips below and see what works best for you before you make that last step.

Note that we’ve already published a detailed guide on how to fix Error CE-36329-3, so please

PS4 freezes during the gameplay

Sometimes PS4 runs just fine until you play games. In some cases, it is just a particular game, and in other cases it is every game. If it’s one game or two only, you’re lucky. Otherwise, the issue is harder.

You might not get any error code here. PS4 boots up just fine and everything seems well until home screen loads. Here, PS4 system freezes and totally stops responding.

This is one of the most common cases. PS4 takes a long time to load its operating system and games, yet it’s still working. Then after a while, it freezes up and stops responding. Often this problem is easy to resolve.

The PlayStation official website suggest a resolution for this issue that many users found helpful. (source)

If your PS4™ console is frozen, or the menus seem to take too long to load, try the troubleshooting steps below:

Step 1: Close all applications and shut down the PS4™ console.
Step 2: Unplug the PS4™ console from the outlet or power strip, wait 3 minutes, and plug the system back in.

If the issue still persists, you will need to start your PS4 in Safe Mode..

Then it suggests to either rebuild the database or to reinstall the system software by initializing PS4.

Actually, in many situations this suggested solution is useless, as the issue is much bigger than that. But before we start with our solutions, you have to know the reasons for why PS4 undergoes this state of functionality.

Why is PS4 Freezing? – The Common Reasons

You’ll be lucky enough if the reasons for PS4 freezing is logical and not physical. That’s because it’s so easy to fix logical errors without having to buy a new hardware replacement. So, let’s see what logical errors may cause this situation.

If the reason that causes PS4 to freeze is logical, and have tried your best to fix it with no avail, you have two options to go through:

As any avid PC user knows, occasionally defragmenting your computer’s hard drive can help to keep it working at optimum capacity, since it gets rid of unnecessary files and reorganizes the files you do use so that they run more efficiently. What many PlayStation 4 users may not know is that there is a similar process you can perform for the PS4, a process which you should perform on a regular and consistent basis.

One of the Features of the Sony PS4 Safe Mode menu is a Rebuild Database option which is version of a defrag that users can do on PC’s and computers.

The Rebuild Database option does a defrag of the PS4, which can solve a whole host of issues on the PS4 and free up some much needed space, speed up your console and fix issues. The Rebuild scans the drive and creates a new database of all content, thus cleaning the disc drive.

How to Rebuild PS4 Database Before you rebuild your PS4’s database, rest assured that the process doesn’t delete any of your saved data, it simply reorganizes and freshens up your system’s files. To do this, you’ll need to put your PS4 into Safe Mode. Now, as to the specific steps for initiating a database rebuild, those are as follows:

That’s it. If it doesn’t work and PS4 still freezes, try to initialize PS4. 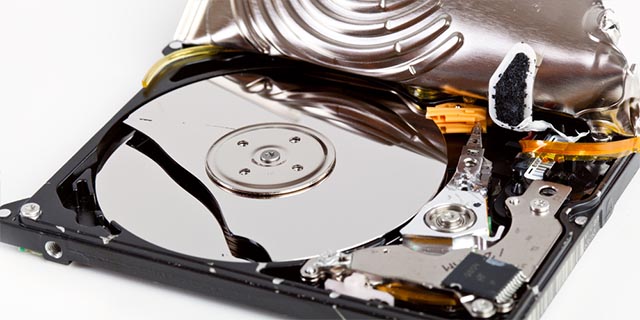 Most, but not all, physical reasons that make PS4 frozen stem from PS4 internal hard drive. It’s the weakest hardware piece in the whole PS4. You can read more about the specifications of this hard drive here. See how bad it is and why you must seriously consider replacing it.

Sometimes the PS4 freeze situation is the result of a bad controller, an unstable internet connection, defective hardware (CPU, Blu-ray drive, or even motherboard), or malfunctioning cooling fan due to the hips of dust accumulated on it.

It’s easy to detect the source of problem with a few tests on your frozen PS4. If it’s the result of a defective internal hardware other than the PS4 hard drive, only a technician can fix it for you. Otherwise, you can do it yourself without the need of others’ help.

So, let’s lay out these reasons in an organized list for the sake of easy reading.

Now, since PS4 hard drive takes the biggest share of responsibility for the physical errors, we need to elaborate more on how to maintain it the right way and overcome the errors it generates. There are two levels of damage the PS4 hard drive may undergo and thus make PS4 frozen. The first level is SERIOUS, and the second is EASY.

When you start hearing clicking noise from PS4 hard drive, it means the damage is serious.

While there are many possible causes, a PS4 hard drive clicking noise often results from the defective movement of the disk’s read-write actuator. During regular use, a disk head moves smoothly to track data on a disk. If these movements become erratic and unexpected, the disk controller tries to reset its position by bumping back to the home position repeatedly. This bumping causes an audible “click” and the noise will continue as the process repeats itself.

If your PS4 HDD generates that sound, you must seriously consider replacing it as soon as possible. This is the only solution here, as the PS4 HDD is declining and will suddenly stop working at all. To find good PS4 hard drive replacements, please visit this page.

When PS4 freezes and the hard drive is responsible for this issue, you’ll be lucky if the damage level is easy. Since PS4 HDD doesn’t make any noise and, in general, it works fine until PS4 freezes, that all indicates the damage is easy to fix.

But, what kind of damage is that?

Well, this is generally bad sectors that badly impact the hard drive performance. A bad sector on a hard drive is simply a tiny cluster of storage space — a sector — of the hard drive that appears to be defective. The sector won’t respond to read or write requests. That results, consequently, in PS4 freezing.

How to Check for and Repair Bad Sectors

You’ll need to have a computer for this process to take place.

Simply, pull out PS4 hard drive and connect it to a PC. Either you do that internally by hooking the data and power cable to the PS4 HDD, or externally by using an external hard drive enclosure.

Now, after you connect the PS4 HDD to the PC, you have to FULL format it (not quick). Full format will eliminate all errors on the hard drive and restores its lost performance. That’s as long as the damage is on easy level.

If you don’t know how to do that, you can take the PS4 HDD to any computer repair shop to do it for you.

This is one of our reader’s experience with this issue. We advised him to FULL format the PS4 hard drive and he did so. He came later and made the following comment:

Ok, so what if none of the above solutions work and PS4 keeps freezing? Well, if you’re sure that it’s not the controller or any other peripheral, that means it’s one of the PS4 hardware parts. It might be the CPU, RAM or even the motherboard. You can’t help it here but take to to a technician to fix it.

Additionally, you can read the comments below that illustrate many user experiences with this issue. Some of them are really beneficial.