One of the worst situations PS4 users may encounter is that when the PS4 hard drive fails. If the failure is serious, PS4 won’t work at all. Otherwise, low-level failure may cause lagging/slowness in the performance of PS4 or even crashing. The bad thing here is that it’s not an uncommon issue, rather it’s one of the most happening ones. And whether you have experienced PS4 hard drive failure before or not yet, it’s always good to educate yourself about this situation in order to know how to deal with it properly when it happens.

There are two types of PS4 hard drive failures—Mechanical Failure and Logical Failure.

While most components of a PS4 are electrical, the hard disk is one of the few mechanical parts. Thus, it will inevitably fail at some point. This type of failure occurs when the read-write head or other components become faulty as a result of normal wear and tear.

This refers to non-physical failure, or in other words when damage occurs in a hard drive’s file structure or software rather than the actual hardware. Many factors can contribute to logical failure, including malware infections, human error, and corrupted files. Sometimes the failure can be extensive enough that the system will not boot up. In most cases of logical failure, a hard drive recovery software can successfully restore data because there is no damage to the drive’s hardware.

There are several different types of PS4 hard drive failure. There’s the obvious one, where your PS4 HDD stops working entirely. Perhaps your console doesn’t even recognize it when it starts up and you see a message saying your PS4 has no hard drive (Error Code CE-34335-8), or perhaps your PS4 console begins booting and just can’t get through the boot process.

There are also more subtle PS4 HDD failures, where the drive appears to be working, but there are problems. Your PS4 may occasionally freeze, you may hear unusual sounds from the drive, or you may experience data corruption.

Any sort of clicking noise from a mechanical drive is a bad sign. This indicates the head, which reads and writes the data from the platters on the drive, has failed. It’s best to shut down the drive completely to avoid further damage and go back up the PS4 HDD data if they are valuable to you. You won’t hear any strange noises from a solid-state drive, as they have no moving parts.

So, because PS4 hard drive is a mechanical device, it’s subject to wearing out, even if you treat it better than your own children. Around 60% of hard drive failures occur through predictable mechanical failure, with the remaining 40% of failures occurring through misuse.

Hard drives are susceptible to failure in a number of ways, so the symptoms of a failing hard disk can vary. It should be noted that some of the symptoms below can also be signs of other problems, and are not necessarily indicative of a hard drive failure. In cases of uncertainty, it is best to take in the PS4 console for a professional assessment by a technician.

Some of the most common signs of failing hard drives include:

In general, all game consoles have problems, but you don’t need to panic about hard drive failure unless one or more of the above symptoms appear.

Below are the top 6 common reasons for PS4 hard drive failure. 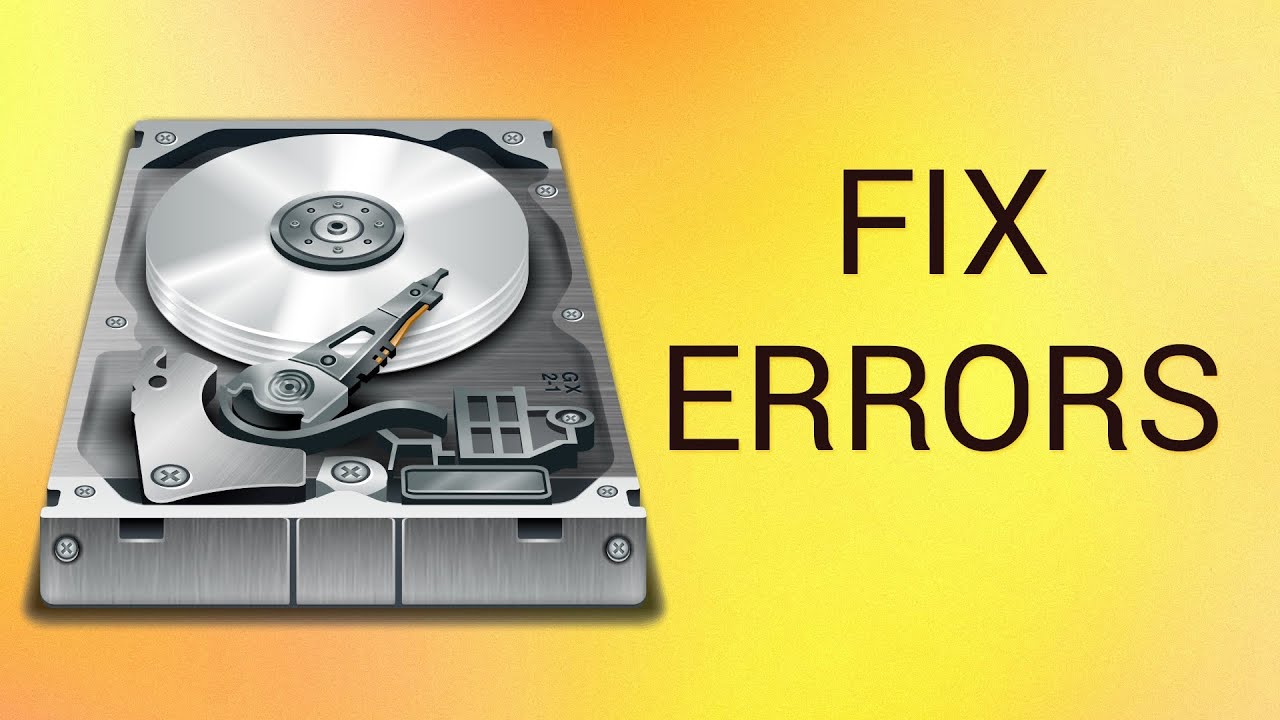 You can easily fix logical failure of PS4 hard drive that might cause PS4 to freeze. Unless your PS4 hard drive starts making noise, one of the following suggested solutions can fix that problem.

Sometimes PS4 hard drive doesn’t make any noise, and it works fine for a while before freezing. This is probably because of the existence of bad sectors. You can fix that only by connecting your PS4 hard drive to a PC, and perform a CHKDSK operation on your drive. If that doesn’t work, go and perform a FULL format operation and it should do the job perfectly.

To perform CHKDSK on the PS4 hard drive, do the following:

To scan and fix errors use /f or /r to scan for bad sectors and fix the errors. This second option will take a long time as all drive sectors will be scanned and those that are damaged will be repaired.

Note you can use either /f or /r but don’t need to use both. The /x option can be used to dismount a drive before repairing although this won’t work on the C drive and it will still need to be checked and repaired during the next boot.

If the CHKDSK thing didn’t work for you, you can do a FULL format on the PS4 hard drive. We have already published a detailed articles on how to format the internal hard drive of PS4. So, please click the link and learn how to do that.

Note that just because you’re experiencing system problems doesn’t mean you have a dead or dying hard drive. It’s important to do some basic troubleshooting to detect if your PS4 hard drive is actually the source of problem.

For example, if your PS4 doesn’t detect the hard drive during the boot-up process, you should open its case and check the cables that connect the hard drive to the motherboard and power supply. Unplug the cables and plug them back in, ensuring you have a solid connection. Your hard drive may just have a cable that’s come loose (For more details, please check the PS4 Error CE-34335-8 Fix.)

But what if PS4 hard drive fails due to a mechanical reason and it gives noise?

You have to seriously consider upgrading PS4 internal hard drive with a new and solid hard drive. As for your data, if the drive still has some life, you can try to backup all your data before replacing it. Either from PS4 or just connect it to a PC and perform a drive clone operation.

One of the worst situations you can face during the gameplay is when PS4 crashes or just stops working entirely. Even worse when this persists and keeps happening. You’re lucky enough if the problem is only related to your PS4 hard drive, as you can do it yourself without the help of others.

In all cases, PS4 hard drive must be replaced with a better and stronger drive. You’ll gain improved performance and solid reliability with the new drive.