The size of PS4 hard drive is not something that pleases most users due to its limitation. Its size is small enough to fill with just less than 10 games (assuming each game is 50gb+). Even if you own PS4 Pro or PS4 Slim, the bigger hard drive size doesn’t still satisfy the needs of an average enthusiast. In fact, this small size is only one bad aspects of the PS4 stock hard drive in general. We always strongly recommend to upgrade PS4 internal hard drive in order to enjoy bigger size and higher performance.

So, what’s the size of PS4 HDD? Well, before answering this question you have to know that any hard drive size is measured by two scales: The actual storage capacity, and the available storage space.

As for the actual size of PS4 hard drive, it’s 500gb. You can find that written on its cover once you pull it out. (see image below) 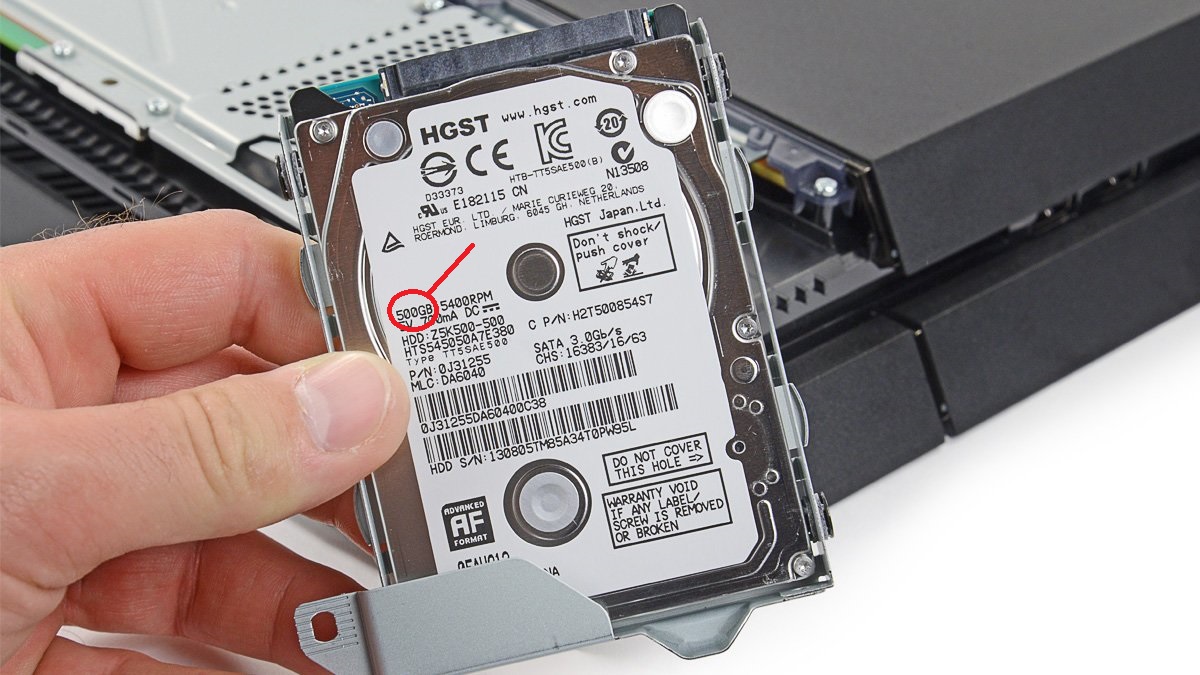 But you won’t be able to fully use that size due to several technical reasons. One of these reasons are that PS4 system preserves part of that size for caching and storing the system files. So, what usable size you’ll get out of PS4 hard drive? Well, you’ll get around 407gb of usable storage capacity. (see image below)

Now, in order to maintain the peak performance of PS4 HDD and avoid any potential failure, you have to keep at least 5% of that size FREE and empty. That means you have to cut off around 20gb from this calculation. Therefore, almost 387gb remains for you to install your games and apps and store other data like movies and screenshots. 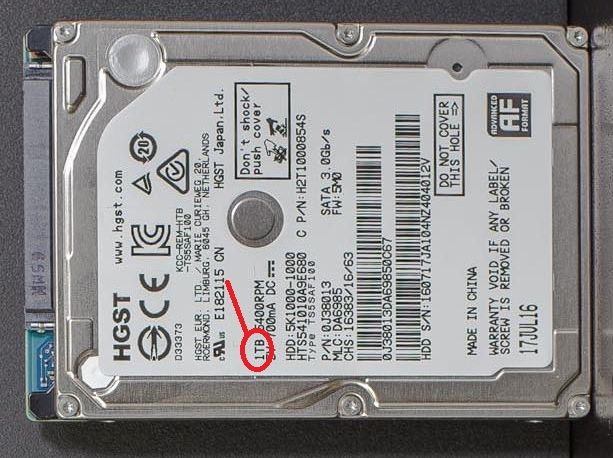 Ok, that’s about the initial version of PS4. Later after 3 years of its release, Sony started to ship PS4 with 1tb hard drive. That’s the same hard drive size that PS4 Pro and PS4 Slim has.

So, as said above, if you own the new PS4, PS4 Pro, or PS4 Slim, you’ll get 1tb hard drive size. Again, you won’t be able to fully use that storage space, as the usable storage space is less.

How much storage capacity remains for you to use? Well, let’s see the image below.

You’ll get, as you can see, 861gb of available storage capacity. You have to keep minimum 5% of that size free, and that means almost 43gb. So, what remains for you in fact is 818gb of usable space.

That amount of hard drive size can barely hold 15 games, which doesn’t seem enough for a wide variety of users.

There are some major benefits from expanding/increasing the size of PS4 hard drive, that are:

That’s it. In all cases, it is good to have a larger size hard drive for PS4.

How to increase PS4 HDD size

Both methods have their own advantages and disadvantages, and to learn more on that in detail, please visit our article: Best 5 methods to expand PS4 Hard Drive Storage.

It’s true that PS4 hard drive size is too limited to meet the modern storage standards of today’s gaming. What can 500gb or even 1tb do today with tremendously huge games that can easily occupy almost 100gb of storage space? Think about it seriously if you want more than just storage size for PS4, and the performance of your game console is one of your major concerns.

If you’re looking for a larger hard drive size than 2tb, know then that you can increase it to up to 16tb as has been already stated in our article: Largest hard drive for PS4.

After all, PS4 hard drive is not limits in size only, but also in almost all aspects, whether it is speed, performance or reliability, and must be replaced by every serious gamer.