PS4 Sound Is Not Working | Totally Fixed By Experts

When there’s no sound coming out of your PS4, it can be frustrating. The no sound issue occurs can be due to several reasons, like faulty audio drivers, hardware issues, or even corrupted PS4 system files. Just imagine it: you’ve turned on your PS4 or brought it out of sleep mode, but, for some reason, there’s no sound. You’re not greeted by the beep sound when you sign in, or there’s no audio accompanying your videos or games.

So, what’s exactly the problem? Could be an issue with the audio settings, or with the sound output device itself?

Here, in this article, we will address the most common possibilities for not having a sound on PS4. Additionally, we’ll walk you through several instructions that may help you get the sound back to the PS4 console.

Causes Of the No-Sound Issue in PS4 If you’re like most PS4 players who use a headset as your PS4 sound output device, some of the common problems you may face with your headset include a damaged cable, headphone jack not working, Bluetooth connectivity issues, inability to sync audio with video or to turn noise-cancellation on or off.

These are just a few issues though, but they can be as varied as the number of headset models available.

Among the causes of sound not working in PS4 include an incompatible operating system with a certain device driver, or after installing a PS4 System Software Update, which may break the sound device and other components in your console.

It can also be due to a corrupted game/app update that causes conflicts with the PS4 system files, which consequently results in disabling some drivers from functioning.

This is usually a system problem that sometimes can be easily fixed by rebuilding the PS4 database or just initializing the PS4 with full system software reinstallation, but it could also indicate an issue with the sound device, whether it’s a headset or speakers.

There are several reasons that cause the PS4 to have no sound whether while playing games, watching videos, or listening to an audio file.

We won’t address here the issue of not hearing PS4 beeps, as it has been already discussed in detail previously.

So, here are our suggested solutions to fix the no sound in PS4. 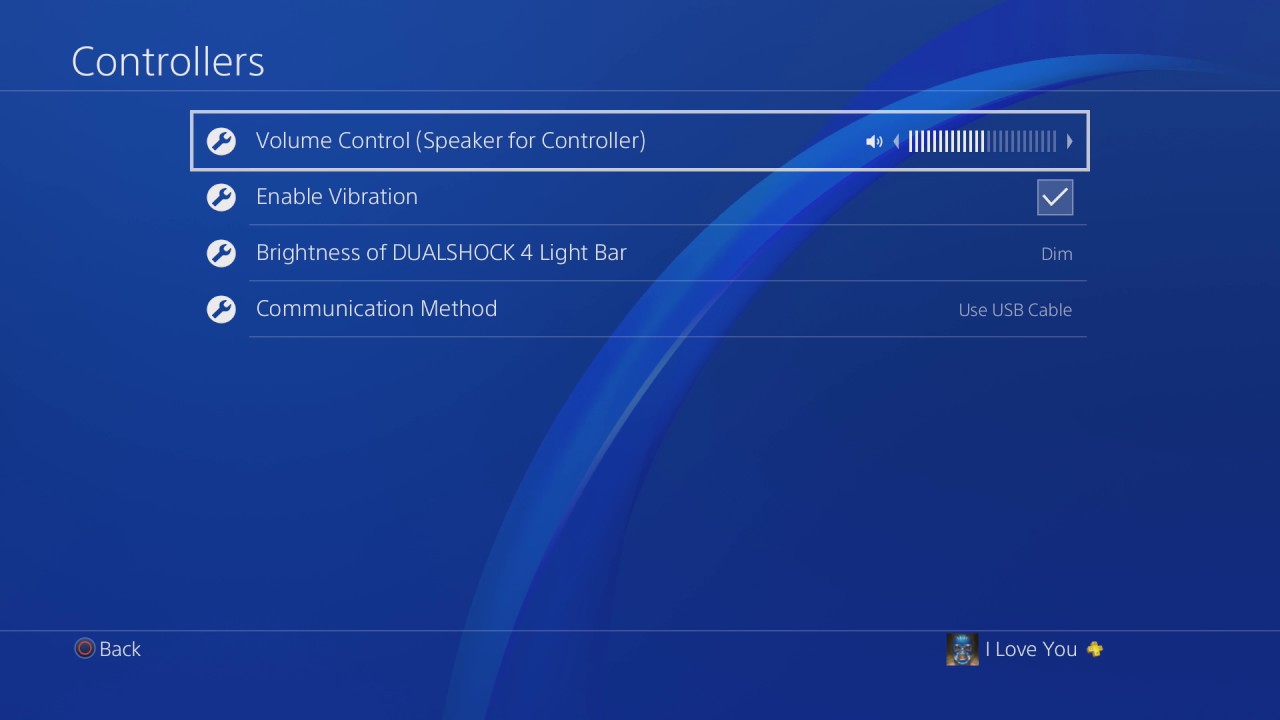 One of the easiest ways to end up with no audio in PS4 is to accidentally mute the sound.

This can happen easily by just lowering the system volume too much.

To unmute your audio, start by playing an audio or video file. This will help you spot the audio is working again.

Hold the PS button on the Dualshock 4 controller for about 3 seconds until you get a XMB submenu.

If the PS4 default sound settings didn’t help solve the problem, you have to try something else.

If you use HDMI port to connect to a TV, configure your PS4 to:

This should mostly work fixing the no sound issue on PS4 if the default settings didn’t help.

Here’s how to do that:

Now that the audio output of the PS4 is configured, we also need to make additional settings to ensure we get bitstream audio during video playback.

In the interactive title menu of a Blu-Ray disc, ensure a bitstream soundtrack is selected.

Playback the disc and while it’s playing, press the “Options” button on the PS4 controller. 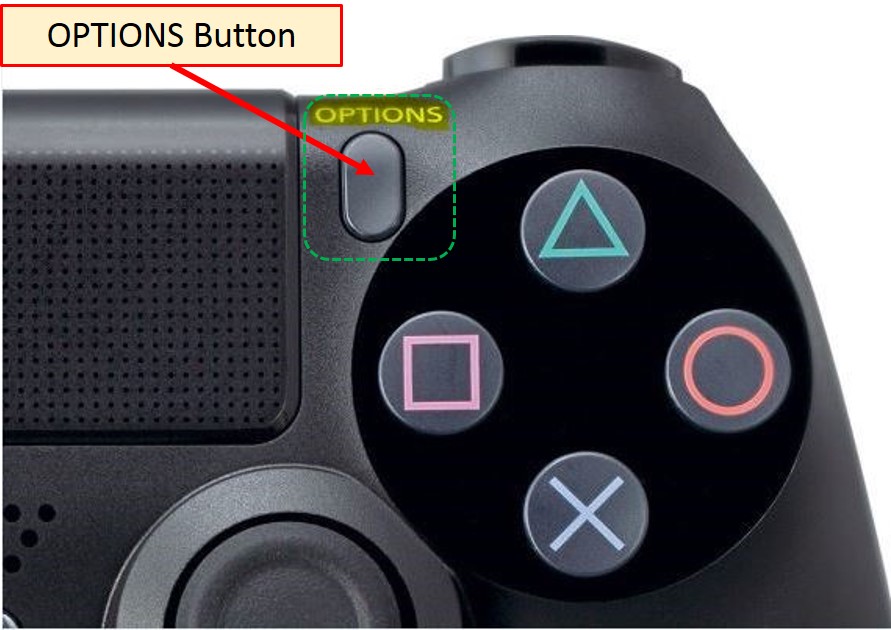 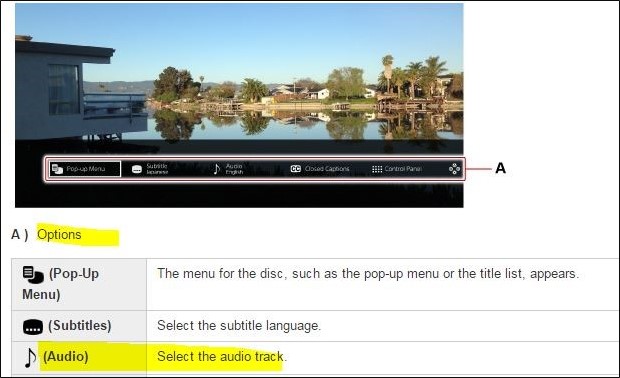 Now, this audio setup should fix the PS4 no sound issue in most cases. Try to modify the configurations if that didn’t work for you.

3. Ensure Everything is Plugged In Properly 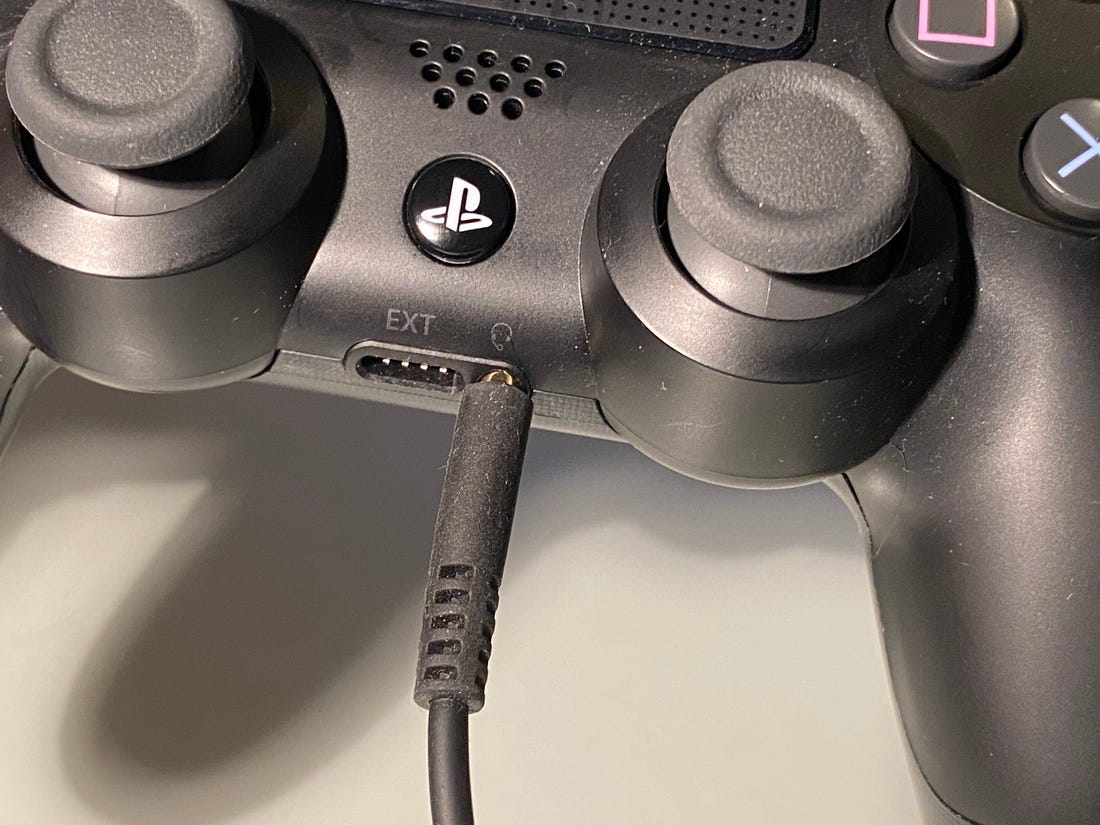 If you’re using a headphone as a sound output device on PS4, sometimes the problem is as minor as not properly having plugged the headphones in its jack. If this is the case then simply taking the headphone plug out and then inserting it again in its jack can do the trick for you.

4. Modify the Settings for Headphones

Most headphones with a 3.5mm audio jack can work on the PS4 after a few tweaks to the settings to set them up. However, non-compatible wired headphones (those that follow the OMTP standard) can still work with the help of a converter.

How to connect compatible wired headphones to PS4

5. Make Sure Nothing Is Defective/Damaged

You have to check everything related to your PS4 output sound device before trying to troubleshoot the problem.

Check for any damage or defectiveness in the cables, headphone jack, or even the sound device itself. You can connect your PS4 headphones to your PC and check whether they work properly or not. If you’re using the TV speakers for sound purposes with PS4, connect it to a satellite receiver and check whether the sound works or not. In a nutshell, just test everything in several ways to ensure that the sound device and cables work properly.

If you’re using a Bluetooth (wireless) headset with PS4, the PS4 USB port might be defective, or maybe the USB hub that you connect the Bluetooth adapter to is defective, or perhaps the adapter itself is not functioning correctly.

Fixing the PS4 No Sound Issue

After you have checked that everything is fine and there’s no damage anywhere that causes the no sound issue in PS4, it’s time to try several things in order to fix that.

We’ll start with the easiest and fastest method and end with the hardest and longest.

In order to repair a corrupted PS4 database, you need to rebuild it, and rebuilding the PS4 database is a very easy process to carry out. Simply, follow the steps below to perform a PS4 database rebuild:

First of all, switch off your PS4 (properly!) for about 20 minutes. Afterward, you’ll need to boot up your system again in Safe Mode. Once the console is turned off, hold down the power button until you hear two beeps. This process usually takes about 7-15 seconds, and will then activate Safe Mode. 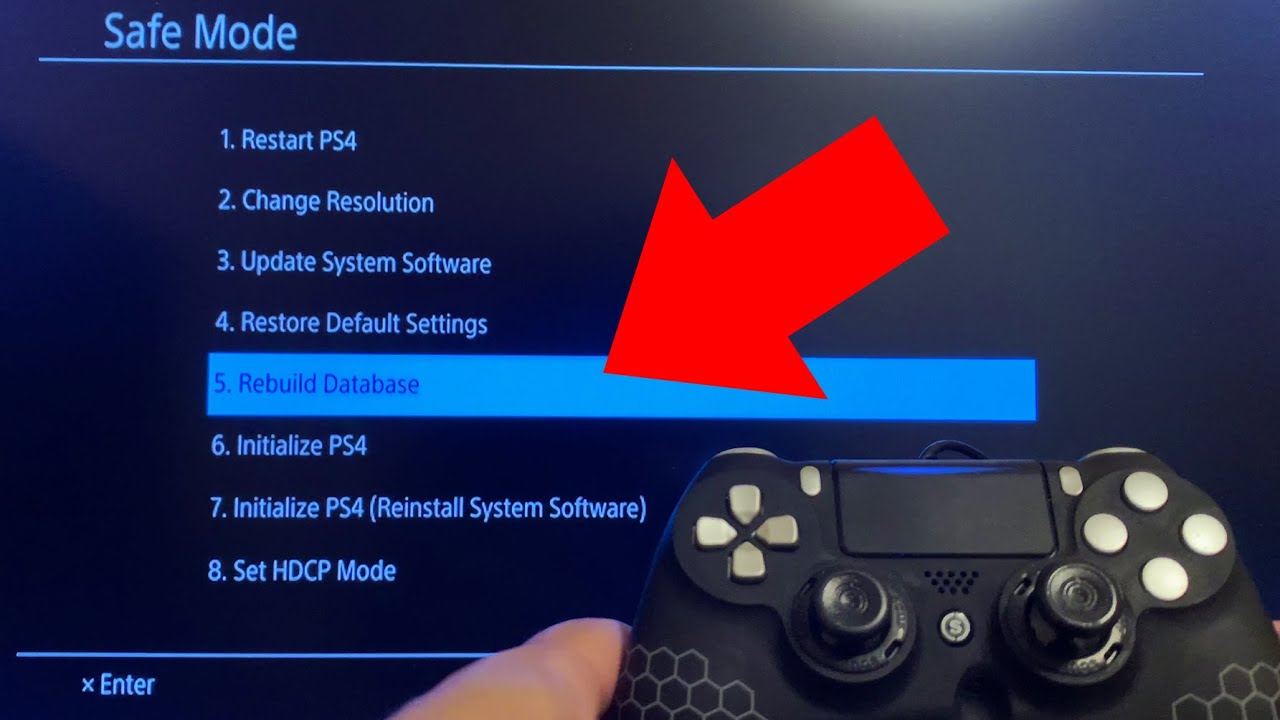 Next, make sure a DualShock 4 controller is connected via USB cable and select ‘Rebuild Database’ from the menu.

After the job is done, try the sound now and see whether it works or not. If not, try the next methods.

If the error that causes the PS4 to have no sound is within the system files, a full initialization of PS4 will resolve this problem.

IMPORTANT: Initializing PS4 will erase all data from your console and restores the PS4 to factory state. Remember to backup all data before proceeding.

A defective PS4 hard drive plays a big role in error causing process. The secret here is that the PS4 data, including the system software, is installed on the hard drive. If the portion (sector) of the hard drive, where particular files are stored in, is corrupted/damaged, these files will be corrupted consequently. That results in system error and unstable performance of the system. It may result in some situation to PS4 having no sound.

What can you do in this case then?

Well, you have first to try to repair the PS4 hard drive before considering to trade it in for a new one.

To do that, you have to pull out the PS4 hard drive and connect it to a computer and full format it. A full-format will repair any logical bad sectors on the drive and restore its original performance. That’s why we always keep advising our readers to format the hard drive if their PS4 freezes or is being too slow.

To learn how to full-format PS4 hard drive on a computer, please visit this page.

If you have checked and tried everything here, yet the problem persists and you still have no sound on PS4, the problem might be with the PS4 sound card. You need then to take it to a well-versed technician to fix it. On the other hand, you’ll be lucky if your PS4 warranty is still valid. You can ask for a replacement and get a brand new console.

Contents hide
1 Causes Of the No-Sound Issue in PS4
2 PS4 No Sound Diagnose Checklist
2.1 1. Check the Volume Control
2.2 2. Change the Sound Settings
2.3 3. Ensure Everything is Plugged In Properly
2.4 4. Modify the Settings for Headphones
2.5 5. Make Sure Nothing Is Defective/Damaged
3 Fixing the PS4 No Sound Issue
3.1 Rebuild PS4 Database
3.2 Initialize the PS4
3.3 Repair/Replace the PS4 Hard Drive
4 Last Resort