We have already talked excessively about the best internal hard drives for PS4 storage upgrade, and we always recommended two hard drives for this purpose: Seagate Firecuda 2.5-inch gaming SSHD [ST2000LX001] as the first selection for every serious user who wants remarkable performance improvement alongside additional storage space, and Seagate BarraCuda 2tb HDD [ST2000LM015] as the second selection for those who care most about storage expansion and put performance boost on the margin.

Purpose of this article

Although any tech savvy would easily distinguish between SSHD and HDD, and realize that Seagate FireCuda is much faster and has superior performance over any traditional hard drive like Seagate Barracuda, I see that many PS4 fanboys are misled by the wrong information about Barracuda HDD presented on Seagate official website and on online retailer websites such as Amazon.

This post is made to reveal the truth about this issue and correct the misleading information provided about Barracuda HDD.

BarraCuda (now with a capital “C”) is a traditional family among Seagate hard disk drives, usually naming high-performance models. This 2.5 inches model (therefore, aimed on laptops, PS4 and SFF desktop computers) has 5,400 rpm, 128 MiB cache, and SATA-III interface. The family offers capacities from 500 Gb up to 5TB, with the models up to 2 TB being 7 mm tall and the 3 TB and bigger models being 15 mm tall (note that this form factor will not fit PS4 drive cage, which support drives up to 9.5 mm tall).

Here’s a table of the basic specifications of this drive:

As we discuss the specifications of this drive, it’s important to note that the official page of this drive on Seagate Website, even the one on Amazon, both present misleading information about it by claiming that it has a 2nd tier caching with an SSD memory. We have a solid proof that this is totally wrong.

First off, if a classical hard drive has an SSD memory, it will be called SSHD (Solid State Hybrid Drive), and it will no longer be classified as a mere hard drive.

Secondly, let’s do a quick investigation on this matter.

Let’s do the same investigation on Seagate Firecuda SSHD

Remember, an SSHD has multi-tier caching system, the 2nd tier is a NAND-flash memory. Just see how Seagate describes SSHD: 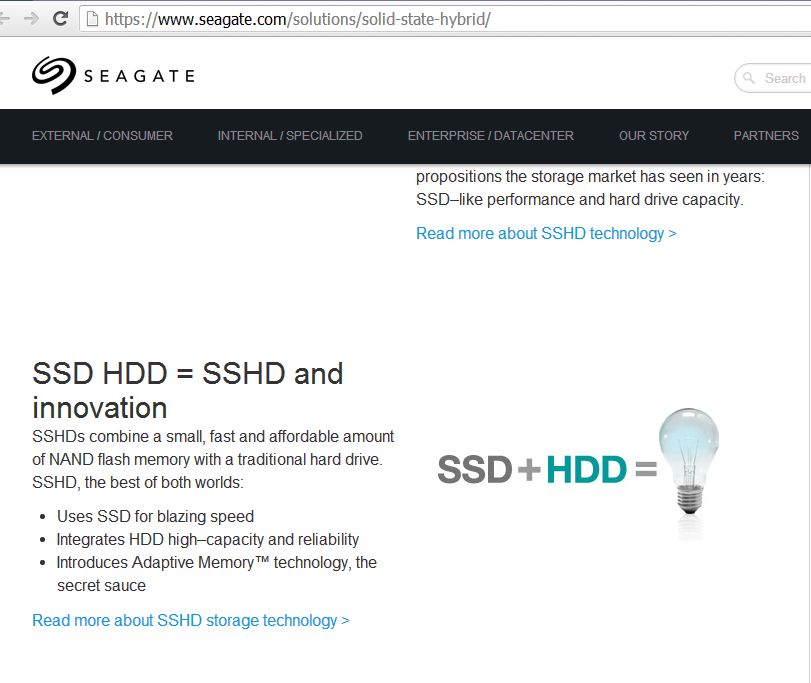 That’s all quite strange, and it proves that there’s a serious mistake involved here.

So, how can you know the truth after all? Well, if you’re not convinced yet that there’s a blatant mistake in this, then do the following:

Yes, big boys do make mistakes, and if you don’t have the sufficient knowledge you’ll easily fall into the trap.

When you go upgrade the internal hard drive of PS4, PS4 Pro, or PS4 Slim, I strongly recommend that you get Seagate Firecuda SSHD, as it is the drive that will make the real change to your game console. Don’t go for Seagate Barracuda unless you find the $10 price difference between the two drives justifies it.

As you can see in the first comment, Seagate Support was contacted to verify the certitude of this information, and this was their response: