How to Use an External HDD on PS4 the Right Way 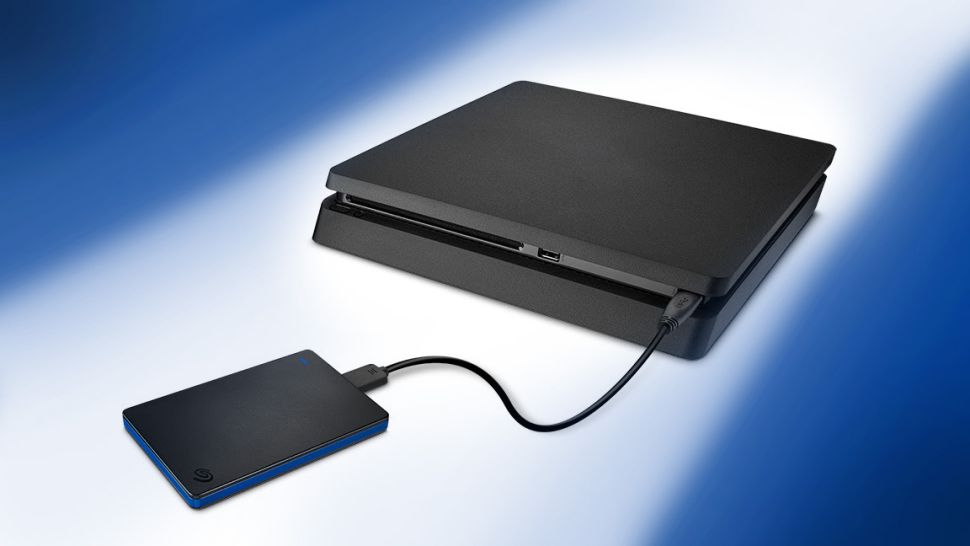 The limited storage capacity PS4 comes with has incited fanboys to search for a workaround that helps to expand that storage capacity to the limit determined by user. Previously, users were only allowed to add more storage to PS4 by replacing the internal hard drive of PS4 with a larger and, probably faster hard drive. The standard, and most common upgrade size was 2tb, as it was the largest standalone solution for PS4 storage upgrade, because there was no internal hard drive that conformed to the PS4 storage upgrade compatibility standards larger than that. Other companies, though, offered an accessory called Data Bank that allowed users to use 3.5-inch hard drives with more than 2tb of capacity to upgrade PS4 storage to as large as 8tb.

IMPORTANT NOTE: If you’re looking for the best external HDD for PS4, you better then view this article instead.

That was history. Now, after more than a year of releasing PS4 System Software v. 4.5, the overwhelming majority of PS4 users who solely look for a storage expansion for their game console would go for the external hard drive solution instead of upgrading the internal hard drive and handling the hassles that may come with it. (You may want to read a quick comparison between upgrading the internal HDD of PS4 or just adding an external HDD instead.)

Can an External HDD Be Used on PS4?

It’s easy to deduce the answer from the foreword of this article. So YES, it’s possible to use an external hard drive on PS4 as long as it’s fully compatible with PS4 system.

You have to know first that there are two purpose of an external hard drive on PS4, which are:

Each purpose has its own compatibility standards that we’ll address below in some detail.

If you’re looking for a backup solution for your PS4 that entitles you to take a precautionary copy of data stored on your PS4, then this is surely your way to go.

There are several advantages of this kind of solution over the other one that’s addressed later in the comparison section in this article.

The external hard drive adopted for this purpose must conform to the following standards:

Once your external hard drive follows these standards, it will be ready to be used as a backup solution. Just make sure your PS4 system software is at least on version 2.5, as earlier versions doesn’t support this feature.

Once you have got the right hard drive for this purpose formatted with the relevant file system, you just need then to connect the USB external HDD to your PS4 via the USB port located on the rear, then restart the system and PS4 will automatically recognize it.

Go to System and you’ll see several features listed. Just pick the “Back Up and Restore” feature, and follow the easy instructions.

You can also watch the following video if you need better illustration:

The extended storage goes in cahoots with the main system storage and it’s NOT a standalone storage solution. It’s currently the most popular purpose for why PS4 fanboys get an external hard drive.

There are several advantages of going for this kind of solution over using the external hard drive as a mere backup storage. Please have a look at the comparison section in this article to educate yourself more on this issue.

The external hard drive adopted for this purpose must conform to the following standards:

Once you have the right drive for this purpose, make sure to have the latest PS4 System Software installed on your console before connecting the external hard drive to it. Generally, PS4 System software 4.5 is sufficient for this goal, but Sony has released many fixes and patches after that version that promote more stability an consistency of the overall system performance. Therefore we highly recommend that you stay up-to-date with PS4 System Software.

Now, which is the best solution for you? Is it the backup storage or extended storage? This is what we will discuss in the following section.

Now, once you confirm that the external HDD you own is compatible with PS4 system and is suitable for use as an extended storage, you just need to connect it to PS4 via the USB port located on the rear side. You have to connect it DIRECTLY without the use of any connection medium such as a USB hub.

Now, restart your PS4 to help it recognize the new connected drive. Then follow the instructions illustrated in the following video:

The purposes for which you can use an external hard drive on PS4 may confuse some users not knowing which route to follow in this regard. In fact, both are an appealing choice, but, unfortunately, you cannot use the same external hard drive for both purposes simultaneously. You need to determine your needs and decide which purpose to go for.

To make it easier for you, we have conducted a comparison table between the two options, so as to get the picture clearer in your mind that eventually helps making the right decision.

Unfortunately, you can’t get all the advantages in one solution. That’s why we keep telling PS4 fanboys that if they don’t need more than 2tb of storage capacity, they better upgrade PS4 internal HDD and use an external HDD as a backup solution.

Or you can read this article and see more options to expand PS4 storage and pick the one that suits you best.

It’s easy to use an external hard drive on PS4 as long as you get a compatible one with the purpose you want it for. Whether your goal is to use the external hard drive as a backup storage or an extended storage, you have, in all cases, to look for the compatibility standards before taking the next step.

Although we recommend that you first try to upgrade the internal hard drive of PS4 due to its low quality (read more) you can still use an external hard drive if your main concern is to expand the storage capacity of PS4 without a major interest in the performance boost the internal HDD upgrade offers.

After all it’s all you choice. Adding an external HDD to PS4 is a very popular solution nowadays due to its easiness of use.