The earlier versions of PlayStation enable the users to play games only. There were no special features in them. But, in the later versions, a lot of new features were added. The PS4’s predecessor, the PS3, enables you to play DVD’s and Blu-ray’s as well. So it’s not really a surprise that PS4 also has a Blu-ray player, just the same as the PS3.

What Is Blu-ray Technology? In 1997, a new technology emerged that brought digital sound and video into homes all over the world. It was called DVD, and it revolutionized the movie industry.

The industry is set for yet another revolution with the introduction of Blu-ray Discs (BD). Blu-ray is one of the two major High Definition disc formats (the other being HD-DVD) that were introduced to consumers in 2006 to expand the depth, color, and detail viewers could see in images. The intention was to replace the DVD standard in the U.S. and World market. However, on February 19, 2008, HD-DVD was discontinued, with Blu-ray taking the lead for HD playback, but DVD is still also in use.

With their high storage capacity, Blu-ray discs can hold and play back large quantities of high-definition video and audio, as well as photos, data and other digital content.

The format’s name comes from the fact that a blue laser reads from and writes to the disc rather than the red laser of DVD players. The blue laser has a 405 nanometer (nm) wavelength that can focus more tightly than the red lasers used for writable DVD. As a consequence, a Blu-ray disc can store much more data in the same 12 centimeter space. Like the rewritable DVD formats, Blu-ray uses phase change technology to enable repeated writing to the disc.

Blu-ray’s standard storage capacity is enough to store a continuous backup copy of most people’s hard drives on a single disc. Initially, the format had a 27 gigabyte (GB) single-sided capacity and 50 GB on dual-layer discs. Single-sided Blu-ray discs can store up to 13 hours of standard video data, compared to single-sided DVD’s 133 minutes. In July 2008, Pioneer announced that they had found a way to increase capacity to 500 GB by creating 20-layer discs. These discs are not, however, expected to be commercially available in the near future.

Blu-ray also features data streams at 36 megabits per second (Mbps), fast enough for high quality video recording. Blu-ray discs will not play on current CD and DVD players, because those players lack the blue-violet laser required to read the discs. If the appropriate lasers are included, however, Blu-ray players can play the other two formats. Blu-ray disc players (BDPs) are available from a number of manufacturers, including Panasonic, Pioneer, Samsung and Sony. Sony’s PS3 and PS4 both come with a Blu-ray drive installed.

Blu-ray is a format created for high capacity data and high definition video. Here are features that Blu-ray discs are capable of that DVDs are not:

Yes, you can play Blu-ray in your PS4. It is a great feature and this is something that makes the console even more appealing. You can also play DVDs in your PS4 just like PS3. However, you will need to be connected to the internet for the first time your play Blu-ray. This is something that you will have to do but the good part is that it is required for the first time only.

You don’t need to have an active internet connection every time you want to play Blu-ray or a DVD on your PS4. You will just need to insert the disk and enjoy the show. Moreover, you can get a remote control to make things easier. PS4 Blu-ray support is one of the most amazing features that you get in the console. Since PS4 runs much faster than PS3, you can enjoy Blu-ray movies and have a better experience.

PS4 Blu-ray player is very simple to use and you can easily play movies even if you are doing it for the first time. But, if you are facing any issues with it, here are the steps that you can follow to enjoy PS4 Blu-ray.

PS4 Blu-ray Player: How to play movies on PS4?

If you want to use the PS4 Blu-ray player, you will need to follow a few steps. It is very easy to do so and it won’t take much time to do so. Let’s have a look at the steps to run Blu-ray on PS4. 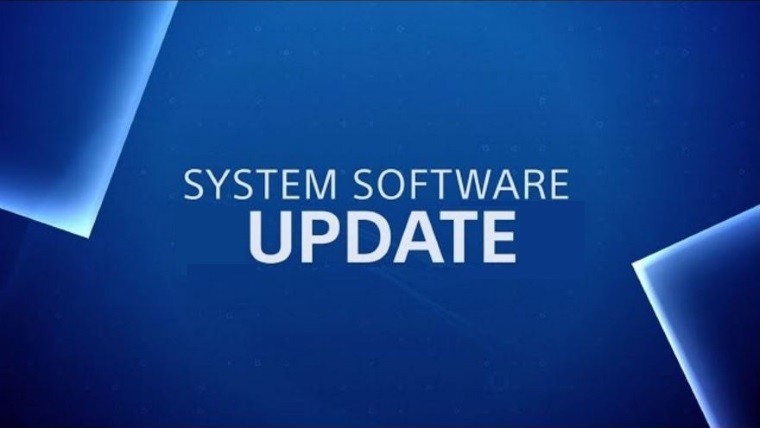 Insert the disc into the PS4 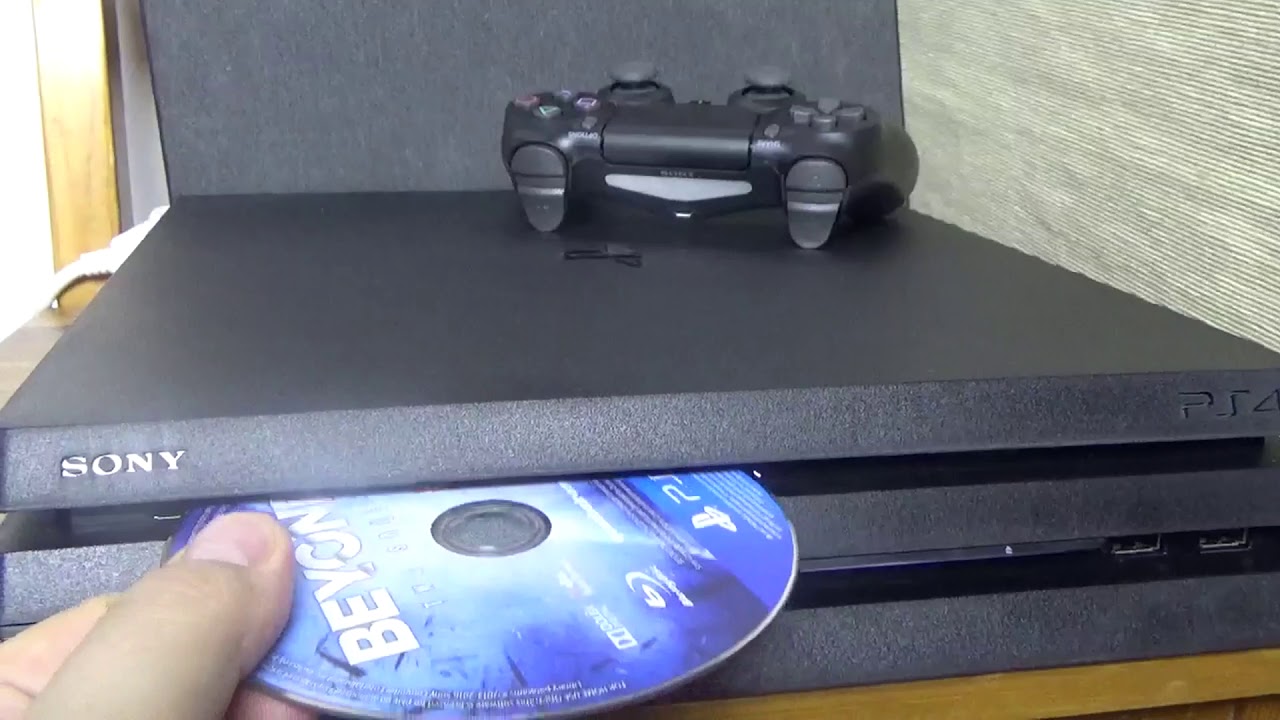 The PS4 Blu-ray player is almost set up by this step and most of the work is done. But, you will need to insert the Blu-ray disc into the console to run it. It will be better if you do it when you have an internet connection because you will be able to check for the update if it doesn’t run.

Insert the disc properly and make sure it is clean. If there are scratches on the disc, it could damage the console. You can also clean the disc before inserting it to have a double check on things.

Select the disc icon and play

After inserting the disc into the PS4 Blu-ray player, you will be able to see the disc icon on the display. When you find the icon, hit play and see whether it works or not. If it works properly, enjoy the show. But, if it doesn’t, you may need to check whether the disc is in working condition or not.

Also, check whether the system is updated or not. However, you won’t face any such issues after installing the update and you will be able to enjoy PS4 Blu-ray support. Once you are done with all these steps, you will be able to enjoy endless hours of fun and enjoy as many movies as you want. If you have a PS4, you wouldn’t need to buy a Blu-ray player separately as the console will do the job for you.

This is a feature that you don’t get in all gaming consoles; however, it is not that unique. There are some other gaming consoles that have such features to offer as well. But, when it comes to the quality of the movies that you can watch on your PS4, there is a big difference. Yes, the graphics of the games that you play on PS4 are unmatched and it can compete with any other gaming console out there.

However, when it comes to playing 4k Blu-ray movies, it becomes an issue. Blu-ray discs come in UHD as well and you won’t be able to enjoy them on your PS4. 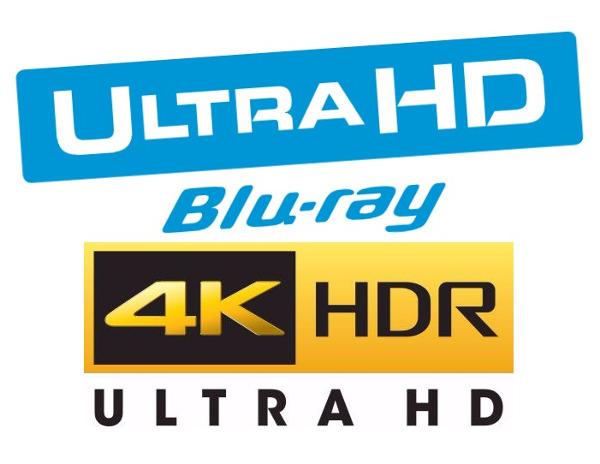 One of the best features of PS4 is its graphics. You can enjoy 4K games on your PS4 which will give you an unmatched experience. If you are a gaming lover, you can’t ask for anything better than this. The quality that you are getting here can compete with any other console out there and you will be happy with it.

However, when it comes to playing 4K Blu-rays, it could become an issue. You won’t be able to enjoy PS4 Blu-ray in 4K even in the Pro version. This is bad news for people out there who were looking to enjoy UHD movies on their Play Station. Well, there is a reason for this and it is completely justified as well.

The sale of DVDs and Blu-ray discs has been going down for a few years because people don’t buy discs these days. The fact that everything is available online these days has a big impact on this. This is the reason why Sony has not put much thought into it and the reality is that there are lesser chances of getting this feature in the near future as well.

The company doesn’t want to invest in a technology that isn’t going to make much profit to it. So, it is unlikely to see PS4 consoles supporting 4K Blu-ray. But, the best thing is that you can enjoy PS4 Blu-ray in 1080p which is good enough considering the fact that you are watching it on a gaming console. Moreover, you can always enjoy games in 4K resolution.

Is PS4 a good Blu-ray player?

Well, if we look at the fact that it is a gaming console, yes, it is a good Blu-ray player. You can play Blu-ray in 1080p which isn’t bad. Since the basic use of the Play Station is playing games, having anything extra is a bonus. You shouldn’t compare it to a Blu-ray player because you can’t enjoy PS4 games on it.

You can always invest in a Blu-ray player if you want to enjoy movies in 4K. But, if you are a game lover, you won’t be able to use it for both. It is completely up to an individual to decide whether the PS4 Blu-ray quality is good or not. But, when it comes to utility, this feature could come in handy.

PS4 comes in the 4K-ready Pro model as well but it is for gaming. It isn’t designed to play 4K movies and this is the reason why you can’t enjoy them on it. Even if you want to enjoy 4K games, you will need to connect it to a 4K television or monitor. Then only you will be able to enjoy it to the fullest and have the ultimate gaming experience. The bottom line is that getting PS4 with Blu-ray support is amazing and you should consider it as a bonus feature.

Yes, you can watch a Blu-ray on a PS4. But, getting PS4 with Blu-ray support out of the box is rare and you will need to update the software to enjoy the show. However, it doesn’t take much time or effort and you will easily be able to enjoy the PS4 Blu-ray feature on your console.

Can you play Blu-ray on ps4 without Internet?

Yes, you can play Blu-ray or a DVD on your PS4 without the internet. But, you will need to connect it to the internet when you are playing a Blu-ray on it for the first time. This is important because the console requires an update to play Blu-ray. However, once you finish the process, you will be able to play it anytime you want without an internet connection. PS4 works like standard Blu-ray or DVD players and you just need to insert the disc to play it.

Can you watch Netflix on ps4?

Yes, you can watch Netflix on your PS4 and to make it more convenient, you can also add it to your home screen. However, you will need a Netflix account and you will need to login to your account if you want to play it on your console.

Can you play movies on a PlayStation 4?

You can play Blu-ray or DVDs on your Play Station 4 anytime you want. But, it doesn’t support MP3 playback as it isn’t designed for such a purpose. The basic purpose of a PS4 is to allow the user to have a better gaming experience and it is doing well in that field. However, new features are there in the Play Station series and playing movies is one of them. But, if you want to play movies in 4K, you will need to buy a dedicated movie player.

There are no doubts about the fact that PS4 is one of the best gaming consoles that are available in the market. But, is it the best Blu-ray player as well? No, it’s not the best when it comes to Blu-ray players. However, the PS4 Blu-ray feature was an add-on to the currently existing features and it did well to attract customers. But, the sales of DVDs and Blu-ray discs have been decreasing and this is why 4K support is not there in the Play Station series. If we look at the fact that it’s a gaming console, having PS4 with Blu-ray support is not a bad thing. Also, it is a good Blu-ray player if not the best.