Dead Space: The Remake We Needed

These few words, sung by the delicate and disturbing voice of Iyari Limon, interspersed with the guttural sound of a Necromorph and adorned by the flashing lights of a cold corridor of the unforgettable and bloody Ishimura, were enough to make us jump out of our chairs on a hot July night. It is not even necessary to get to when the iconic silhouette of Isaac Clarke stands at the center of the screen, to relive in an instant the same distressing feelings that the iconic “Lullaby Trailer” of the first Dead Space, was able to transmit in August of that now distant 2008.

It seems hard to believe, but the first Dead Space was released in October 2008, instantly proving to be the right product at the right time. At that time, in fact, the genre Action / TPS was grinding excellent results, the series of Resident Evil was living his period of “tired” waiting for the release of the fifth chapter, Silent Hill Homecoming had disappointed the expectations of fans and the brand Alone In The Dark was about to make a real media suicide, through one of the worst titles of the seventh generation of consoles.

A perfect moment for the developers of Visceral Games to present a production that was able to satiate the hunger for survival horror of thousands of fans, with a production that would succeed in the arduous task of reviving a genre by taking advantage of everything that the seventh generation of gaming machines had to offer, while remaining faithful to the strictest canons of survival horror. Dead Space, back in 2008, was a resounding success, able to redefine the rules of a genre and show how the rules of the action/tps genre could be shaped around a genre that had been anchored to fixed cameras and rigid and heavy movements for too long… but will it be able to renew itself again for the new generations of players? 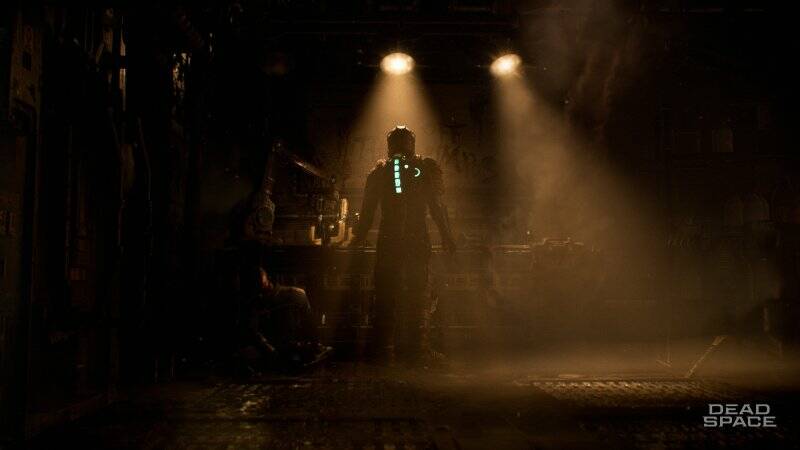 The teaser trailer of the next remake of Dead Space, presented at EA Play on July 22, we could already answer in the affirmative, thanks to its hundreds of thousands of views in the few hours after the announcement. There are, however, many elements to be taken into account, first of all the “nostalgia factor” that in recent years has shown us clearly that remakes, and remastered, of the “glories of the past” can move the minds, and wallets, of thousands of gamers without too many problems.

To confirm this would be enough the numerous comments at the bottom of the trailer, which flaunting phrases such as “if they do 1:1 with an improved graphics is already mine! “or “as much as it is fantastic news, the original still defends itself very well today,” make us clearly understand that in this particular generation of video games, the user and composed of age groups for which the “repechage” of a title of the past turns out to be a commercial move almost risk-free, as it goes to propose productions of excellent level or bewitch new generations of players or go to re-embrace the game buddies of old.

The preliminary statements of Electronic Arts, however, do not seem to suggest that the development tea is working on a version of Dead Space that will go to retrace step by step what we saw in 2008, but more a production that goes to take what was memorable made by the boys of Visceral Games and join what fans of the series have always wanted.

A declaration of intent important and that immediately suggests that EA Motive want to present a product that follows the same direction taken by Capcom with the remakes of Resident Evil 2 and 3, released in recent years. And if on the one hand the curiosity of how the developers want to remain faithful to the original skeleton of the title, going to change only a few elements of history, gameplay and quality of life general Dead Space original, the doubts that this is a production still too young to undergo an intervention of such dimensions are many.

Don’t get us wrong, we don’t want to sound like the classic “grumpy old men” who refuse any kind of novelty. We loved what Capcom did with Resident Evil 2, just as we appreciated more conservative operations like Crash Bandicoot’s N’Sane Trilogy. Simply when we think back to Dead Space, we fully understand how it managed to become a timeless classic, able to exploit what the modern video game had to offer to set new standards for the survival horror genre, proving to be still relevant today in virtually every aspect. 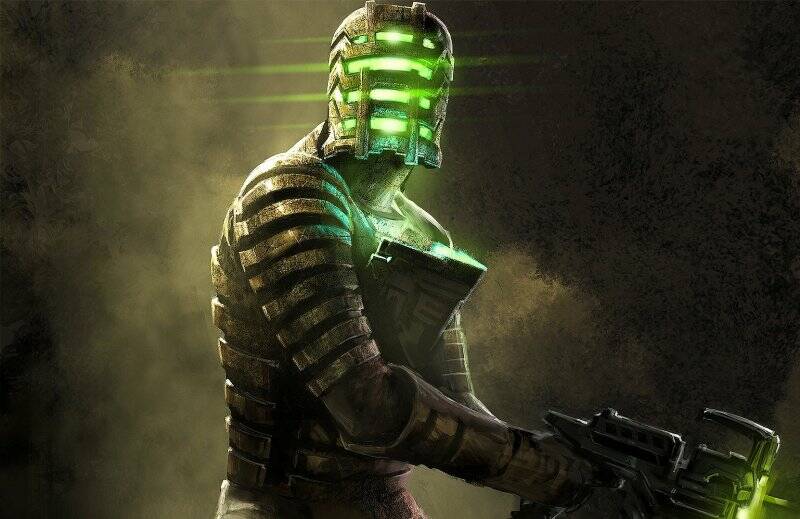 Dead Space, in fact, is a huge reference to the Thing, Point of No Return and, above all, Alien. A production capable of confirming the thesis that “in space no one can hear you scream” long before it was able to do that diamond in the rough that responds to the name of Alien Isolation. Every element in Visceral Games’ title is perfectly balanced to instill in the player that lethal mix of anxiety and immersion.

First and foremost, a mute protagonist with virtually no face, except for the few initial scenes in which you can only glimpse the back of his head and the epilogue in which you can finally see his face. A man like many others, to be precise a mining engineer who finds himself fighting something much bigger than him, moved only by the desire to re-embrace his girlfriend. The perfect avatar to make any type of player empathize.

Then we find her. The USG Ishimura, a gargantuan-sized ship that destroys planets to obtain minerals and that becomes the theater of the events of Dead Space. A maze of aseptic and distressing corridors that trace the architecture of the claustrophobic and iconic Villa Spencer, adorning them with an aseptic and monothematic style that strongly recalls Ridley Scott’s Nostromo. 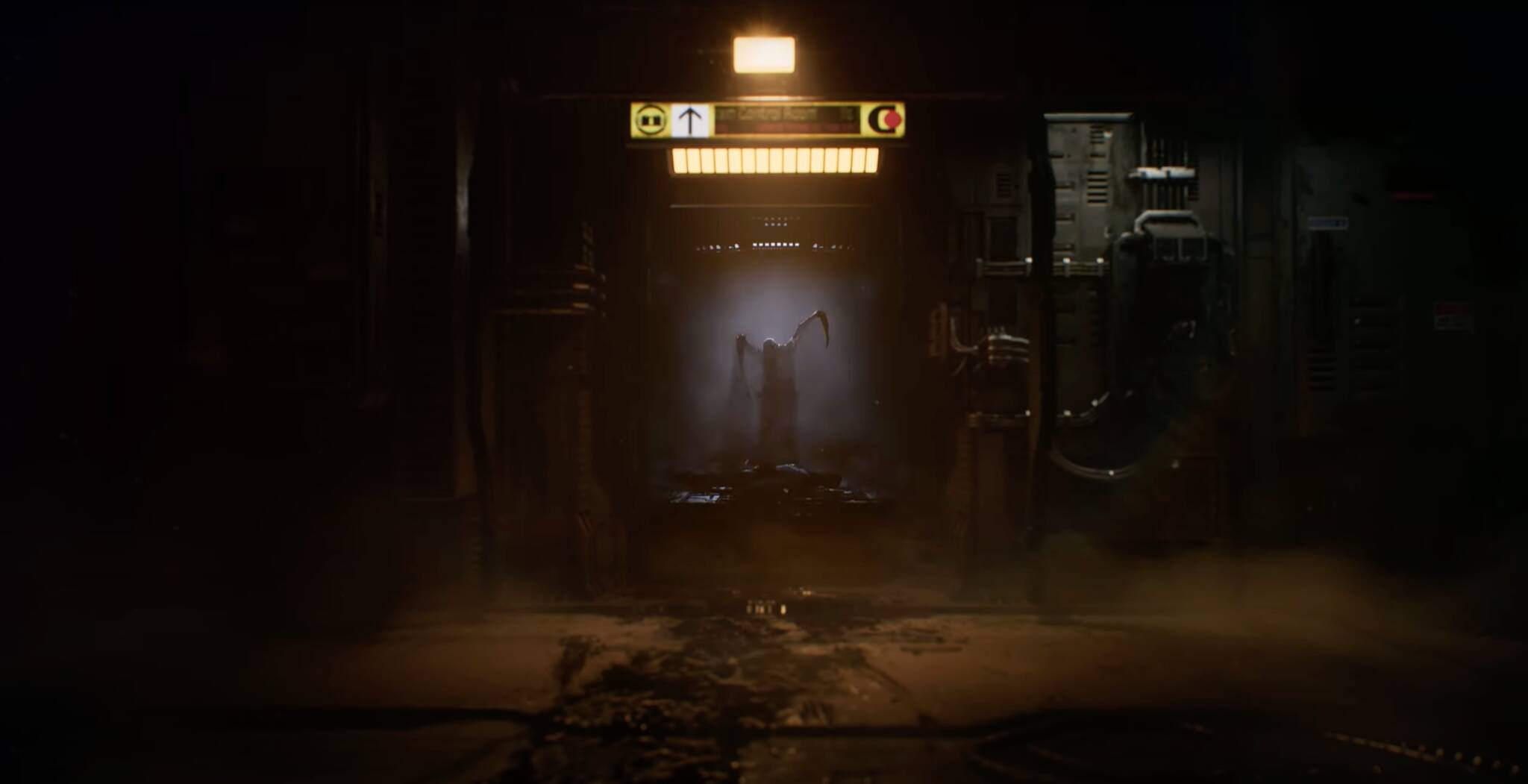 Finally, we find the gameplay, the real flagship of the whole production and still able to make school for the genre. Based strongly on the fact that Isaac is not a soldier but an engineer, Dead Space gravitates around the ability of the protagonist to use the many tools of the trade in his possession, as weapons capable of amputating the limbs of the fearsome Necromorphs. A simple concept but at the same time innovative, especially for 2008, is able to perfectly blend the control scheme typical of a Third Person Shooter, a genre that has always required the pure and simple action, to take a step back.

If we add to all this a minimal soundtrack, a HUD reduced to the bone, and based almost entirely on the reading of the indicators on Isaac’s suit, a constant anxiety instilled in the player by exploiting the constant hallucinations to which the protagonist is subject and, above all, a perfect balance between action and exploration, you can understand why Dead Space is still a production still relevant today, net of a graphical sector that, at least as regards the console landscape, begins to yield to the weight of age.

These are the reasons that make us most curious about this operation by EA Motive. Our lack of confidence is absolutely not but we are really full of doubts about what can be substantially improved after some changes to the quality of life of the first Dead Space. We have already seen with the sequels of the first chapter as the drift action, arrived in an inevitable way for purely narrative reasons, and having given a voice to the protagonist has in some ways, changed the original experience. So, we can’t imagine how EA Motive can remain faithful to the original concept without limiting itself to a 1:1 restoration of the original.

There are multiple details that can be revised and already with this first taste we noticed a noticeable change in the atmosphere, much bleaker and more cramped than the original chapter. But the more we try to think about what could make Dead Space an unprecedented experience for today’s players, as it was for us in 2008, the less we can find answers.

The only things we can think of, apart from a few filings and refinements of the original gameplay, are a less sibylline narrative, and maybe taking up the elements treated by the various satellite projects born between the first and second chapter, and a total rethinking of the architecture of the Ishimura, in such a way as to allow totally new situations even for those who played the original title in 2008.

In all these flights of fancy we also reasoned about EA’s potential willingness to restart the series from scratch, with a larger production that celebrates the past by collecting elements of the lore created with the first two chapters, and all the multimedia projects related to them, before launching into a new course for the series designed for a new generation of players.

An operation that would make sense, especially considering that the very Visceral Games were closed by EA in 2017 and that Glen Schofield, the producer of the first chapter, is now working on The Calisto Protocol, a spiritual sequel to his creature. It would therefore be a drastic, and in some ways necessary, way to completely cut ties with the past and open up a new course for the series.

The only things we know at the moment are that the remake of Dead Space will run on the wonderful Frostbite Engine, that it will be available for PC, PlayStation 5 and Xbox X Series and that the answers to all our questions will not come anytime soon. The title, in fact, does not yet have a release date, nor do we know when EA Motive will release more information about this important, and delicate, project. We, for our part, will remain in eager anticipation, pawing for when we can again dismember Necromorphs with our blade the plasma chanting “Cut off their limbs!