PS5 is the new next-gen console from SONY, a platform that aims to repeat the success of the previous console by dominating the market again with a thick line-up and a strong “wink” towards new technologies. PS5 is available from November 19, 2020. However, what are the technical specifications, price, accessories, and all the unique features of PS5?

In this article, which we will constantly update, we will report all the news about the new console and the new games that will be available at launch, trying to rearrange the most important news to allow you to arrive with the right amount of information at the time when they will open, finally, the pre-orders.

The new console from Sony is, undoubtedly, powerful, fast, as well as quite large, not to mention measuring 39 x 10.4 x 26. The official technical specifications of PS5 are as follows:

As you can read, PS5 offers 10.28 TFLOPS compared to Xbox Series X’s 12 TFLOPS. The real difference is the I/O Throughput: which, compressed, reaches 9 GB/s versus 4.8 GB/s for Xbox Series X. Moreover, the PS5 clock frequency is variable, while on Xbox Series X it is locked: a detail that, in certain contexts, can make a difference.

In fact, Cerny pointed out that instead of going constant frequency and having the power change depending on the workload, Sony, for PS5, preferred to opt for a system that “delivers the right amount of processing power while letting the console’s variable frequency handle workloads as needed.” Speaking then of the actual graphics power, Mark Cerny explained that the 10.28 TFLOPS is just a unit of measure and is only “a part of the potential of a GPU”. There are in fact other elements to take into account. Variable frequency, therefore, is a key point in achieving enough power to handle next-generation games.

Cerny also added that the move to a variable frequency approach has significant benefits for all console owners. He also revealed that there is a level of functionality that suggests parity with other AMD and derivative products based on RDNA 2 technology. This functionality extends to the creation of “primitive shaders” that are very similar to the shaders seen in Nvidia Turing and RDNA 2 GPUs. PS5 offers hardware-accelerated ray tracing through its engine. Some time ago there was a rumor about an external block, but it is not so, the hardware is totally integrated into the shaders. 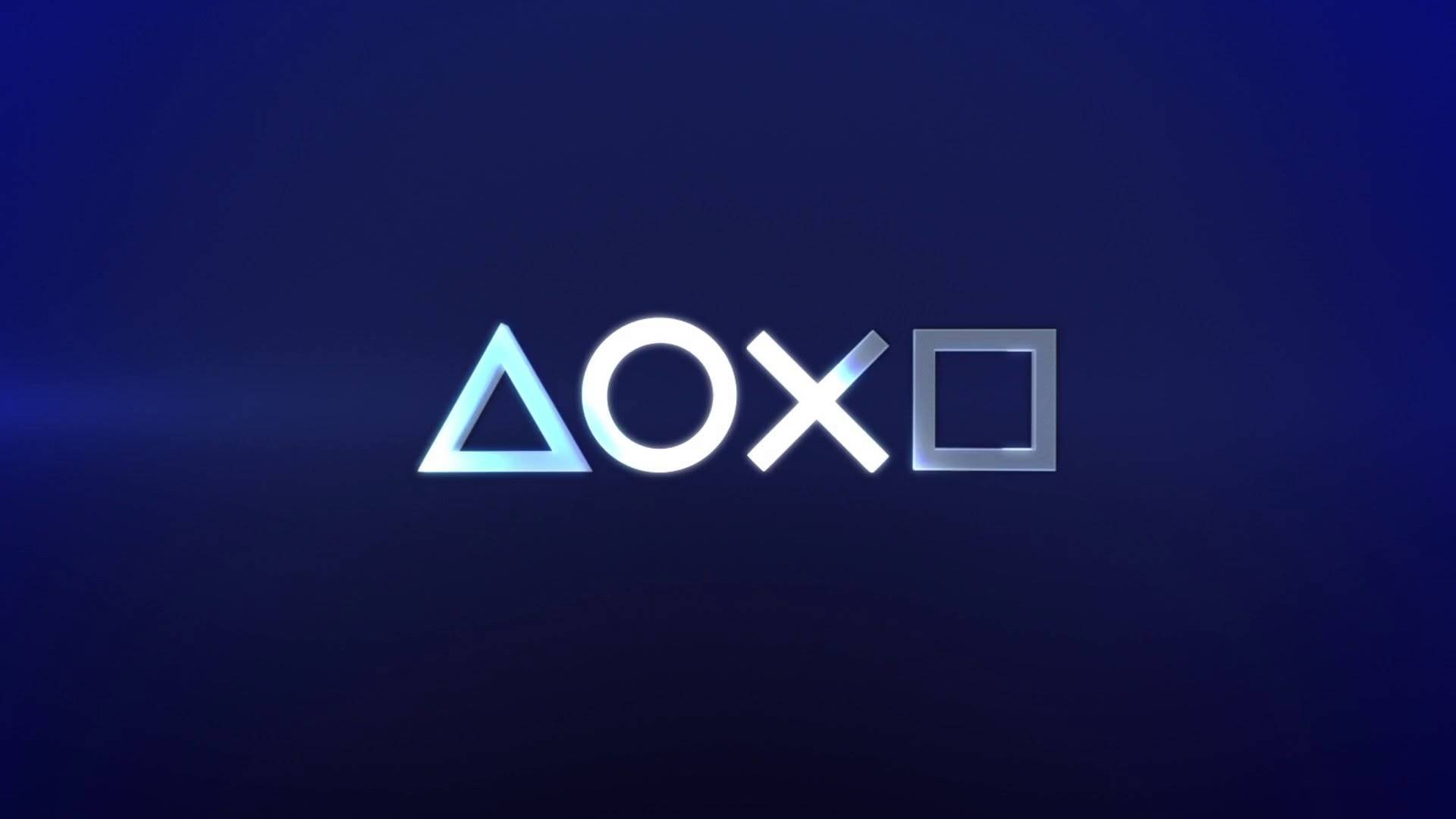 Since the first moments in which SONY spoke of PS5, when it was still called “the new generation of consoles”, the Japanese giant has always placed in the foreground the improvements that players, and developers, will perceive through the use of SSD. What transpires from Cerny’s speech, released on March 18 on PlayStation’s YouTube channel, is how SONY’s engineers relied on feedback received from various development studios and publishers from around the world. SSD integration was the number one request for the next-generation console, so PS5 provides twice as much solid-state disk storage as PS4 provided when it debuted. This allows PS5 to have an 825GB SSD. During the extensive minute dedicated to the increase in performance guaranteed by the use of a solid-state drive, Cerny, confirmed that, unlike the choice that was made by Microsoft for Xbox Series X, the memory expansion of PS5 does not need proprietary media, this translates into the possibility of allowing each manufacturer to launch its own version, thus allowing a greater variety in the market, with the only condition to pass the process of “PlayStation Certification”.

After presenting the various technical specifications that demonstrate the ugly power of the future console, Mark Cerny decided to focus on more “characteristic” aspects of the new console. Together with the guys at Digital Foundry, SONY has unveiled a new and interesting aspect regarding the next generation audio engine, the Tempest Engine.

The Tempest Engine is a new audio engine that seeks to make every single sound much more dynamic. Think, for example, of the phenomenon of rain (which basically uses a unique audio effect), the Tempest Enigine is able to independently recreate the sound produced by each drop of water. During the reveal on March 18, however, Cerny illustrated the same operation using as a comparison the three-dimensionality that can have environmental sounds or sound effects such as bullet shots, allowing the player to grasp from which direction they can come. 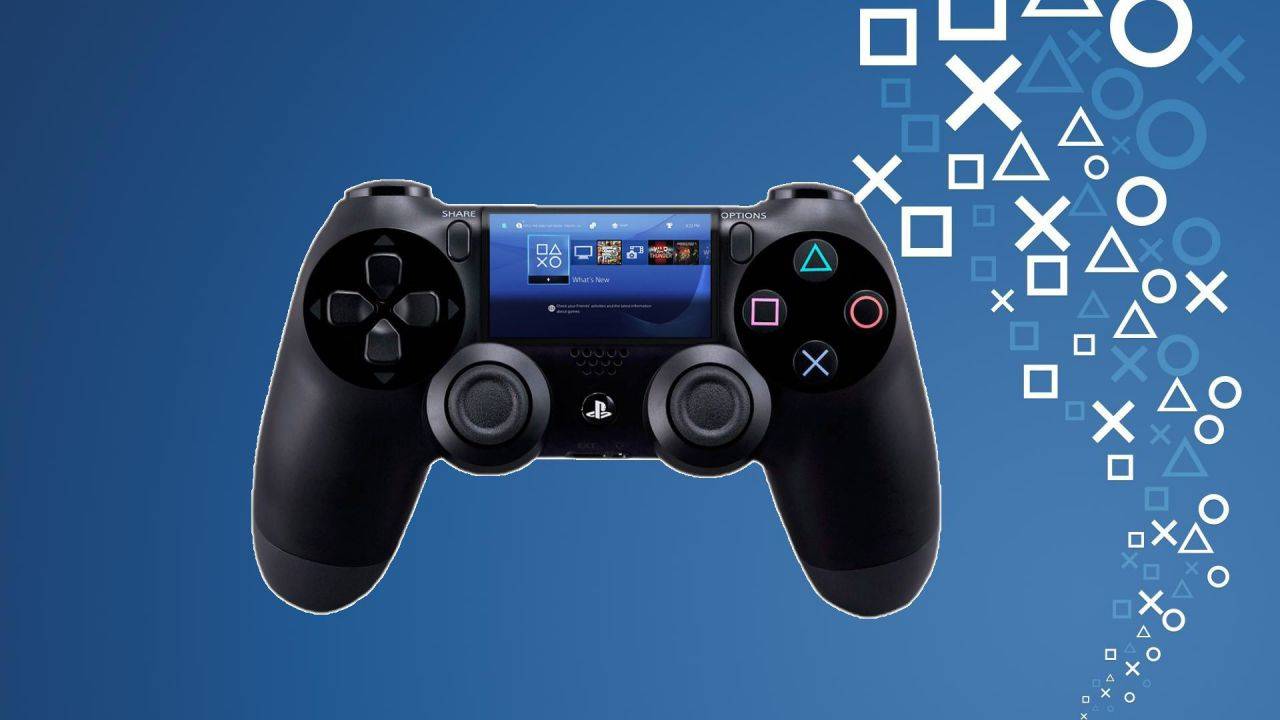 The DualSense is the new next-gen controller dedicated to PS5. This pad offers haptic feedback, a new type of vibration that is much more precise and sensorially deep: according to what Sony has indicated several times, it allows you to perceive actions such as a walk in the middle of tall grass or the tires of a car sliding over the mud. There are also two adaptive triggers, on L2 and R2, which are programmable by developers to cause them to exert different resistance depending on the action performed by the player, such as the tension of a bowstring.

The Share button has been removed, but only to replace it with an evolution: Create. The controller is equipped with a microphone, so you can talk to your friends without having to use a headset: obviously the latter remains the best option. In this regard, the DualSense still features an audio jack, like PS4’s DualShock 4.

The shape has also changed, now more rounded on the sides, making the DualSense resembles the Xbox controller and the Stadia controller: it seems that the video game industry has now decided what is the best shape for a video game controller. Another big change is the coloring: for the first time, Sony is abandoning the monochrome of the official base controller and opting for a black-white combination. Aside from the aesthetics, this double coloration opens up interesting scenarios for the design of the console, as well as having sparked the imagination of numerous artists on the web. 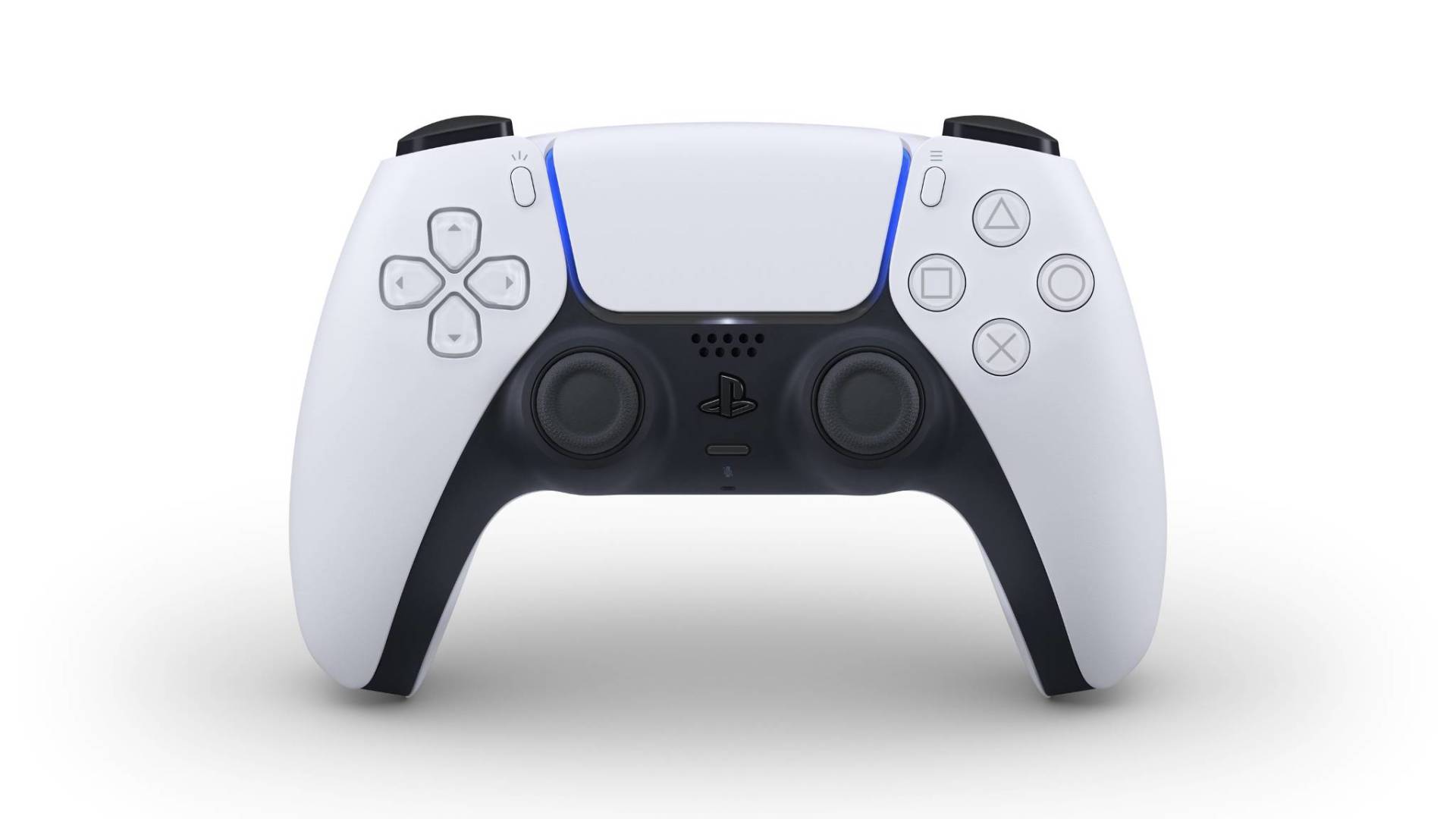 During the presentation, Mark Cerny explained the differences between the backward compatibility of PS5 and the last experiment of this kind made by Sony in this field with PlayStation 3. If the latter had to integrate the processor of PlayStation 2, in the case of the new console outgoing emulation will be done directly using the new processor made for02 PS5. In the presentation, Cerny distinguished three different modes that concern precisely the reproduction of games: Native (PS5), Pro Legacy (PS4 Pro). 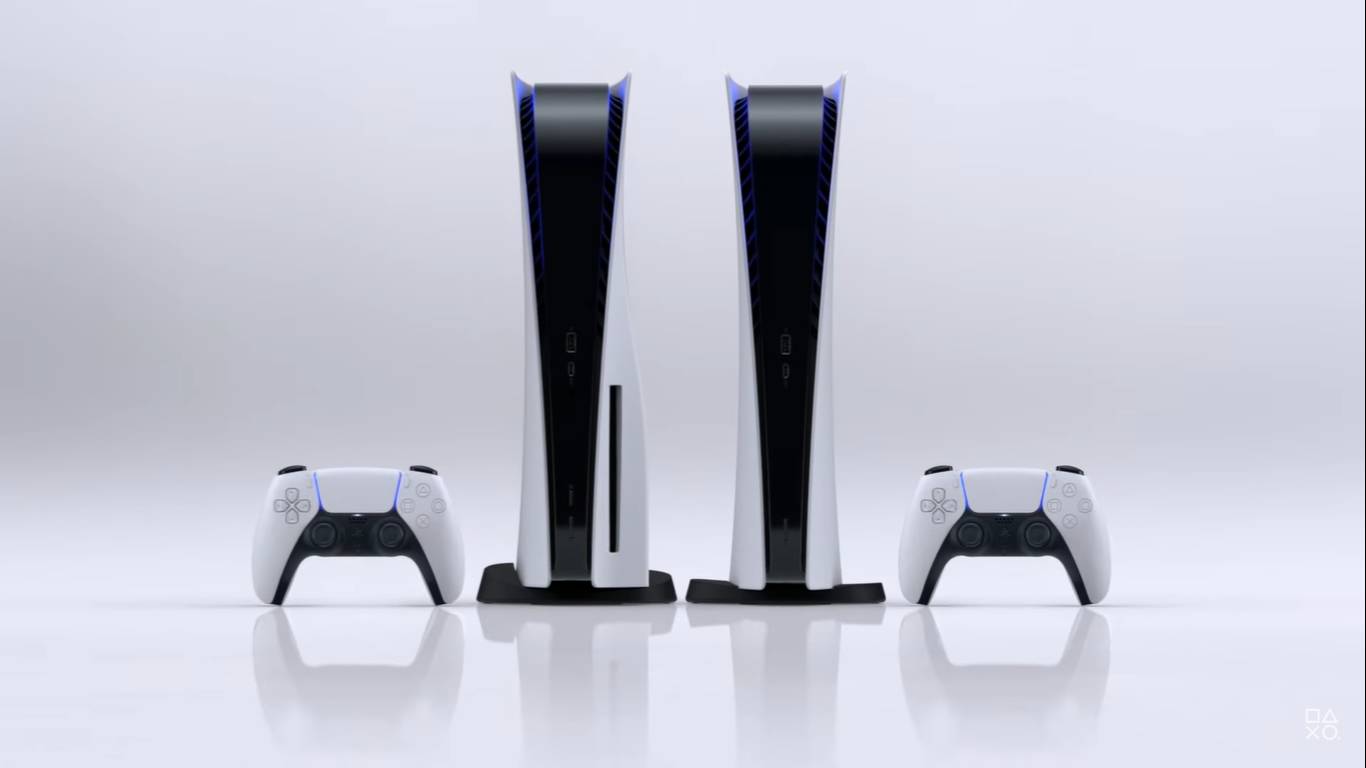 You can pre-order the consoles at the following addresses:

After the presentation of September 16 dedicated to PS5, Sony has also announced, through a post on the official blog, what are the prices of accessories for the console. For some time now we know the peripherals that are present on PlayStation 5 and among them, in addition to the controller, there are also the new headphones that exploit the potential of 3D audio Tempest Engine and remote control, an accessory that we have not seen since the days of PlayStation 2.

At the moment we know that the Pulse 3D wireless headphones with three-dimensional audio and noise cancellation are priced at €99.99. The HD camera, required to use the PSVR system, costs €59.99. The maximum resolution is 1080p, and Sony pointed out that it can also be used for streaming. The multimedia remote control, which allows one-button access directly to some streaming platforms, is priced at €29.99. Along with these accessories, Sony has also disclosed in detail the cost of the DualSense controller, which is needed to play PS5 titles.

We now know that the DualSense controller is priced at €69.99. Despite the more advanced technology present in the gamepad than the DualShock 4, Sony has decided not to raise the price too much. For the controllers, there is also a station for DualSense that supports charging for up to two controllers. The price is €29.99. 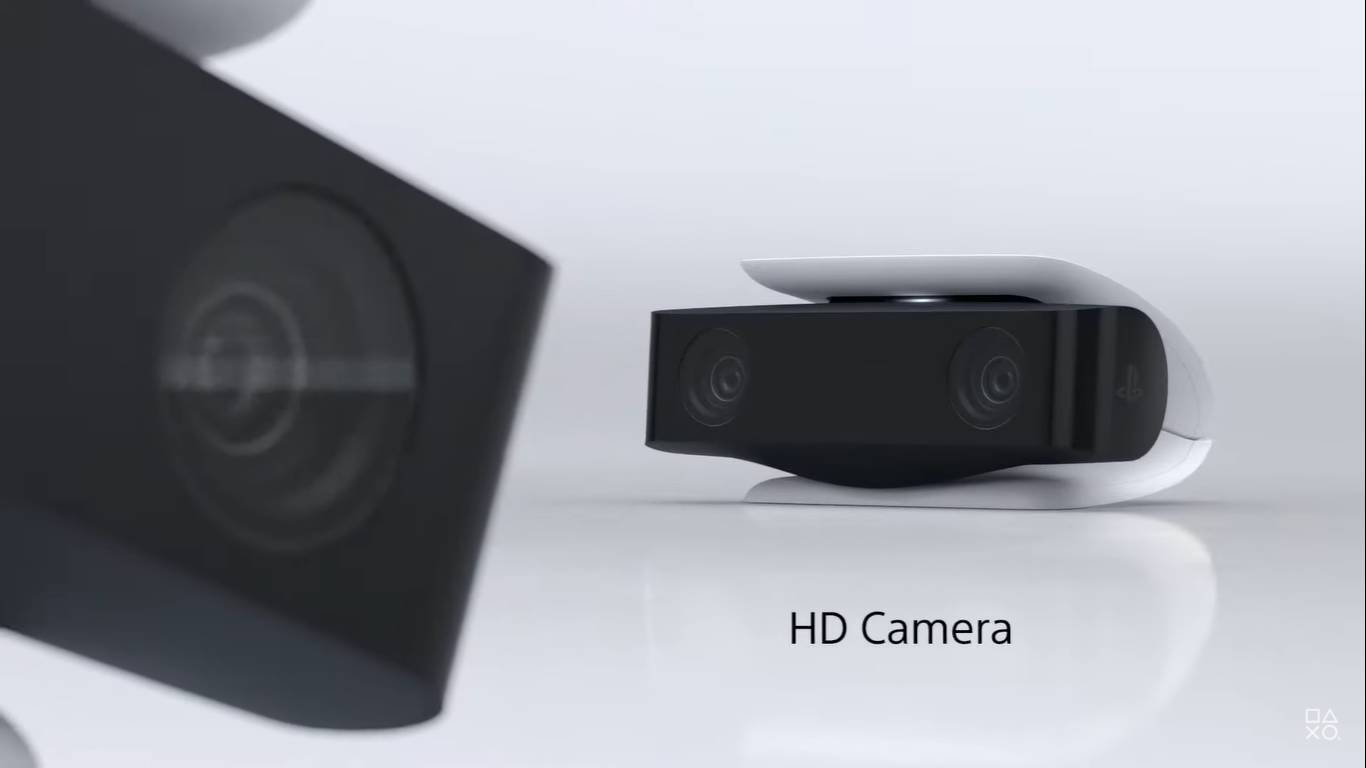