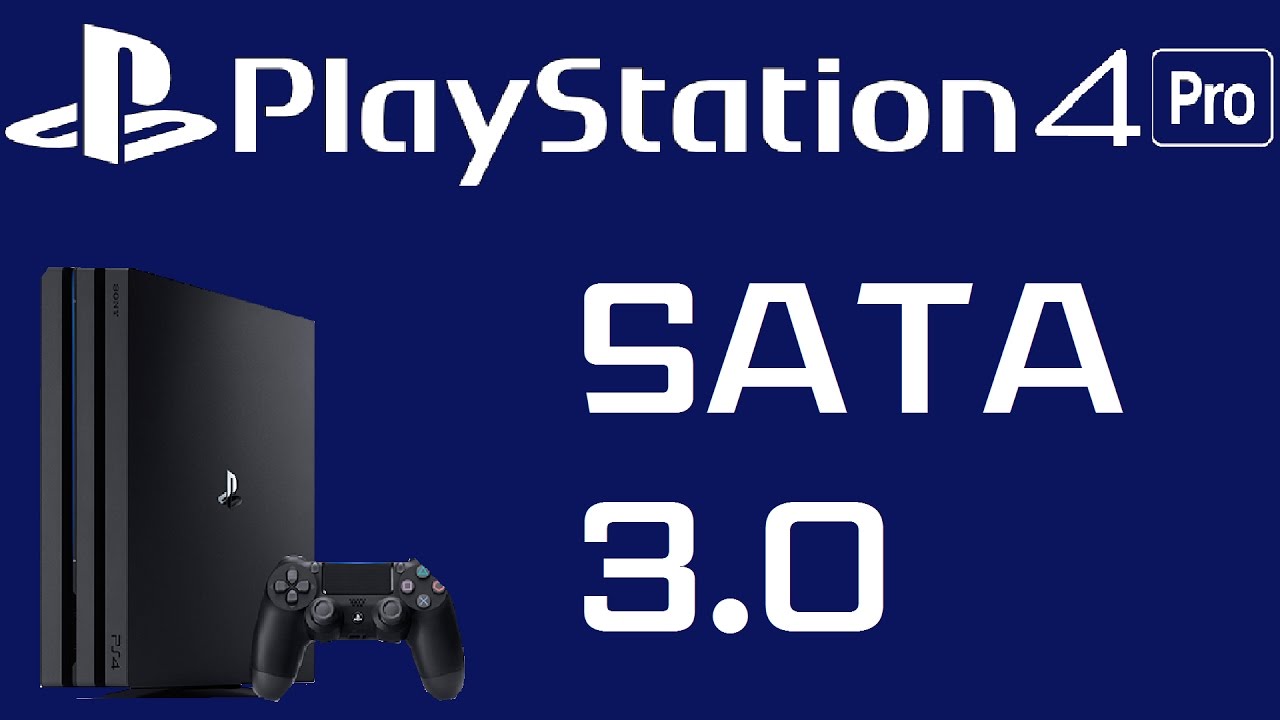 If you have pursued the news of PS4 PRO in the last few months, you’ll find that one of the most remarkable improvements Sony implemented in its flagship game console is the support for SATA 3.0 interface that offers a data transfer rate up to 6.0 Gbps.

Unlike its low profile siblings that support the older generation of SATA (i.e. SATA 2.0), this mighty game console designed for professional gamers hopes from this support for SATA 3.0 to open new horizons for its fanboys to take their console to the next level of high performance by upgrading the stock hard drive with a faster one that supports SATA 3.0, whether it’s Solid State Hybrid Drive (SSHD) or, the even better, Solid State Drive (SSD).

Ironically, although PS4 PRO motherboard supports SATA 3.0, the current stock hard drive comes with SATA 2.0 interface. You can read more about this in our article: PS4 PRO Hard Drive Specs where we tried to find a reasonable answer to this “paradox”, if we may say!

Yes, generally PS4 PRO performs well with a SATA 2.0 hard drive, but as a top-notch game console, the mere existence of this type of obsolete, old-fashioned hardware within its structure is shameful, but the low cost of this outdated drive was so appealing to Sony to release its most powerful game console at a very competitive price.

The support of PS4 PRO for SATA 3.0 interface has been a hot topic among gamers since PS4 PRO was first announced and its merits are still argued, especially after the experiments showed marginal performance improvements in the favor of PS4 PRO in comparison with the standard PS4 after using a SATA 3.0 SSD in both of them, then testing both with the same games. (Watch the video below)

So is it of any use to PS4 PRO to support SATA 3.0? The right answer that so many amateur missed is YES, definitely!

The main reason why these games don’t run remarkably faster on PS4 PRO is that they were not optimized yet to take the full advantages of the new features of PS4 PRO. That’s because these games were coded under the limitations of the standard PS4 resources, so they would barely perform any better on stronger systems. You shall verify the credibility of our words when you test the updated versions of these games again on PS4 PRO and see how the performance notably increase.

Sony went right by supporting SATA 3.0 interface with its flagship game console—PS4 PRO. It offers double data transfer rate over its predecessor up to 6.0 Gbps which opens the doors for more opportunities to significantly increase the overall performance and make gaming with PS4 PRO more enjoyable.