Why & How to Replace PS4 Hard Drive with an SSD 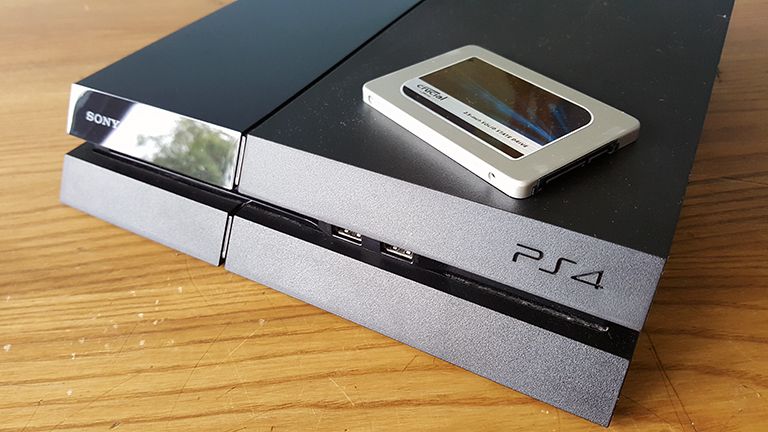 Getting an SSD for your PS4 means you’re a serious player who wants to take his gaming experience with PS4 to the next level. Actually, upgrading the internal hard drive of PS4 to a better drive is a trend among PS4 users that’s getting bigger day after day. This is also the case with replacing PS4 hard drive with an SSD. No wonder why! It’s simply because SSDs are much faster and magnitudes reliable than the traditional hard drive. What if you get to know then that the stock hard drive of PS4 is just a piece of “junk” that’s not worth any real value in today’s world. PS4 stock hard drive is slow, old and obsolete that any aware user wants to replace with a newer and stronger alternative.

Why to Replace PS4 HDD with an SSD

In order to realize for what reasons you will want to replace the stock PS4 hard drive with the flash-based SSD, you must first learn about the benefits of using these super-fast storage devices inside PS4 console.

Benefits of Using SSD in PS4

Using an SSD with PS4 has several significant benefits that surely please every user who looks seriously to enhance their gaming experience with PS4. These benefits are:

I have read a lot of these PS4 HDD to SSD upgrade drive. First, there is more to it than just storage. Installing an SSD affects the performance on a PS4 system in other ways. One of the best benefits of an SSD is the use of the system software while playing a game at the same time. On the old traditional HDD it is very slow and almost non responsive at times.

When I upgraded to a quality SSD that problem disappeared completely. Then there is heat issues too. SSDs will run a lot cooler than the old HDD. HDDs will never out perform an SSD. Even a 15000 rpm drive. Traditional HDDs have moving parts that must spin to a certain speed to transmit data.

Quality more expensive technology usually always runs better than cheaper technology. You cannot expect to get the same results out of a cheap SSD/HDD. That has not changed since technology started being commonly available. Sony is using crap traditional HDDs in the PS4 in the first place.

As for the disadvantages, I cannot see anything in SSD we can consider a disadvantages in comparison with HDD except the high price. While you can get 1tb hard drive for just $50 or less, the 1tb SSD costs you more than $120. If you can afford it, just go for it. Otherwise, think about an SSHD as an alternative to SSD.

How to Replace PS4 HDD with an SSD

The process of replacing PS4 HDD with an SSD is exactly the same as that with any other drive, whether it’s another classical hard drive or an SSHD (Solid state hybrid drive).

The first step you need is to remove PS4 HDD in order to get the drive cage ready for the SSD. Afterwards, you need to learn how to install the SSD inside PS4 and set it up properly by installing PS4 system software on it.

If you need help with upgrading or replacing your PS4 hard drive, the video embedded below can walk you through the process.

Like what has been said earlier, SSD’s are very powerful and offer unparalleled speed that mechanical HdDs can’t compete with. When you decide to use an SSD in place of the stock hard drive of PS4, it means you’ve chosen to seriously boost the performance of your game console. You’ll feel what it means to enhance the gaming experience and move to the next level with these drives. Moreover, the reliability of SSD’s are unarguable that if you care much about your data, you can’t neglect them.

But what about the steep price that you have to pay for an SSD? This is the biggest problem. You can still have a high performance alternative with an SSHD. But SSHD’s reliability are just the same as that of mechanical hard drives. And although you’ll get almost 80% of the SSD performance with SSHD, SSD’s don’t have a real rival.

Eventually, you have to gauge the PS4 SSD benefits and think whether it suits your needs or not. Think carefully before making your final step.