We’ll try here to suggest a few methods that may help fix Error [ce-30022-7] and get your external hard drive working properly as it should be. But first, let’s understand why this issue occurs and what are the reasons behind it.

Why the Extended Storage Device Can’t Be Repaired

When you connect the external hard drive to PS4 and you get and error message with the code [ce-30022-7], it’s a bad omen that indicates that the external hard drive is damaged to the extent that the PS4 system cannot repair it. It may also indicate a problem with the PS4 system itself or some of its hardware. So, let’s lay out below the most common reasons that cause this error.

So, these are the most likely reasons why you’re getting Error Message: “Cannot Repair The Extended Storage Device [ce-30022-7]“, and below we try to resolve this issue without the need of a technician.

Like what has been said earlier, the PS4 system shows the “Cannot repair the extended storage device” error message with code no. (ce-30022-7) when at least one of the above reasons is present. Therefore, resolving this issue requires from you to figure out first why this happens then try to fix it.

Let’s start with the easiest method and end with the hardest.

1. Totally Disconnect the PS4 from Power 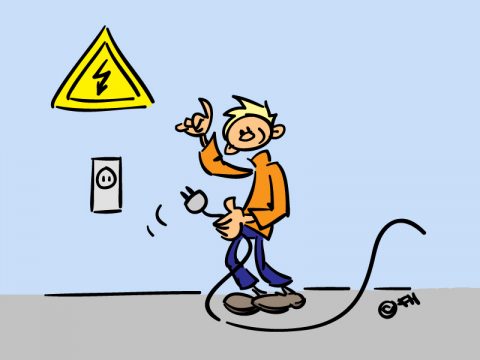 Unplugging the PS4 console usually works because it has a tiny computer inside it. Unplugging and plugging it back in forces this computer to restart and clear any temporary software problems.

The internal computer inside the PS4 run built-in software (called firmware) that controls the behavior of the console. Sometimes, the firmware includes bugs that might lead to error states, memory leaks, or crashes. Restarting the PS4 console forces the internal computer to reboot, which clears out the PS4’s memory and forces it to reload and re-execute the software from scratch.

Sometimes, turning off the PS4 using the power switch isn’t enough. The PS4 consoles use “soft” power switches that rely on software control. These switches only put a device into a “sleep” mode.

Switching off a “soft” power button and turning it on again on a faulty console won’t necessarily force an internal computer restart. So, you might still have to move on to the next step: unplugging the PS4 and plugging it back in.

Once you do that, wait a 3-5 minutes before plugging it back into the power socket and try your luck again.

Note that you have to make sure to disconnect the external HDD from the PS4 as well, then connect it again.

Now see if the PS4 system properly recognizes and accesses the extended storage or not.

2. Check with another USB storage device

It’s a very good idea to troubleshoot this issue by using another USB storage device. This will immensely help detect where the actual problem is. But if this is not possible, continue with the steps below.

It’s strongly recommended also that, if possible, you connect the external HDD to another PS4 system. Check out whether it works there properly or not.

Verify that the USB cable that connects the external HDD to the PS4 is intact and not damaged. You can run several tests to ensure that. Moreover, see if there’s any kind of defect or damage in the PS4 power cord.

4. Remove Any USB Peripheral from the PS4

When troubleshooting any USB device, you need to test it alone without the partnership of any device that work on the USB port. The PS4 controller is an exception here because it’s an indispensable part.

This helps figure out whether the PS4 cannot repair the extended storage device is because a firmware conflict with another USB device or not.

In this procedure you need first to turn off the PS4 and disconnect all USB devices except the controller. Turn on the PS4 and check whether Error [ce-30022-7] is gone or not.

Additionally, if you want to learn how to rebuild the PS4 database, please visit this page.

Make sure you have a full backup of your important data before trying this option. This option will delete all data stored on the internal HDD and get the system back to factory settings. It might help in some cases when there’s a system issue that prevents from properly accessing the extended storage or deal with it.

If you no longer see the error message: “Cannot Repair The Extended Storage Device [ce-30022-7]“, it means the PS4 operating system was having some issues and now they are fixed.

Clearing the PS4 CMOS memory can help you resolve hard issues within the PS4, including Error [ce-30022-7]. You may need to be a little savvy to do this and you need a special screwdriver for this task. Read more on why and how to clear the PS4 CMOS memory and see whether you can do it or not.

If everything fails to resolve this issue, it’s the time to full format the external HDD. There might be bad sectors that impact the functionality of the external HDD and get the data stored corrupted. If you have reached this point, it’s more likely the external HDD that needs repairing.

Remember to perform a FULL format not quick, as we want the bad sectors to be eliminated and only full format can do that.

At the end of the day, you don’t really to do much in order to resolve the “Cannot Repair The Extended Storage Device [ce-30022-7]” error. If you have tried everything with the PS4, it’s time to accuse your external HDD. It might be malfunctioning and must either be formatted or replaced.

Why is my PS4 extended storage not repairing?

When you fail to repair the PS4 extended storage it means that there's either a problem in your external HDD, the USB connection or the PS4 system files. This article covers almost everything you need in order to fix that issue.

PS4 Error Code (CE-30022-7) indicates that there's a problem in your external hard drive to the extent that your PS4 can't access it anymore. Usually it is caused because a bad USB cable or even a defective USB bridge, but there are other reasons also that contribute to this error.

How do I fix the extended storage on my PS4?