How To Stop and Prevent PS4 From Overheating? | Expert’s Advice

If you’ve been having problems with your PS4 overheating, don’t worry. There are several things you can do to cool your console down and stop it from being overheating over time. You need to learn how to prevent your PS4 from overheating in the future so as to avoid any sort of damage that may happen to your PS4 hardware components.

In this blog post, we will discuss seven ways that you can keep your PS4 from overheating. Keep in mind that some of these solutions might not work for everyone, so try a few until you find the one that works best for you!

Game consoles like the PlayStation 4 tend to run hotter with age, but even a brand new console will heat up when memory-intensive tasks overwhelm the processor. Overheating occurs whenever the PS4’s internal cooling system can’t effectively ventilate the hot air caused by the electrical components involved in PS4 processing.

Heat is an inevitable by-product of all electrical machines, and game consoles are no exception. Ultra-powerful, modern consoles like the PS5 can pump out a lot of heat. That shouldn’t be a problem if the temperature can be effectively regulated by the PS4’s heat management system — its fan, heatsink, and vents.

Let’s take a look at some of the most common reasons why a PS4 runs hot:

If your laptop feels hot and shows any of the problems below, chances are it’s overheating or getting there:

If your PS4 is overheating, take steps immediately to cool your PS4 to prevent further overheating damage.

Tips To Stop and Prevent PS4 From Overheating

Here are a few tips that will help you keep your PS4 cool always and avoid any kind of overheating on your console.

One way to keep your PS4 from overheating is to make sure that you don’t block the vents. If your console is blocking the vents, then the air won’t be able to circulate and it will cause the PS4 to overheat. 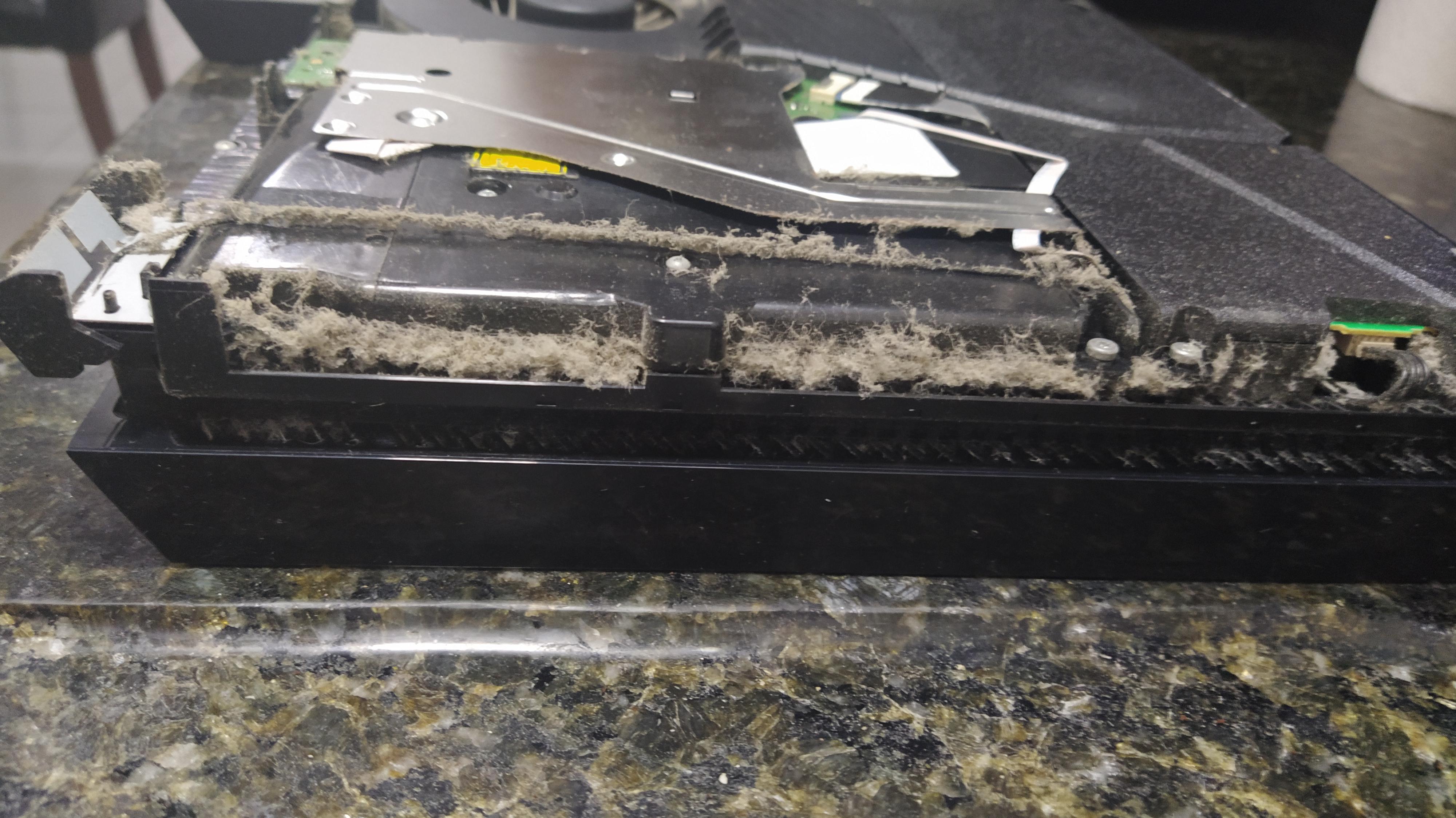 In order to achieve that successfully, you must regularly clean the inside of the PS4 and make sure that the vents are open and there’s a sufficient ventilation inside your console.

A PS4 cooling stand is one of the best solutions for PS4 overheating. These stands help to circulate the air around your console and keep it from overheating. We strongly advise of investing in one if overheating is a major issue to you.

In your pursuit to cooling down your PS4 and stop it from overheating, you have to consider avoiding using any apps that push your PS4’s CPU limits. These apps can cause the PS4 to overwork itself and lead to overheating.

It’s also a good idea to clean the fan and vents on your PS4 regularly (learn how to clean the inside of PS4). This will help to keep the air flowing freely and prevent the console from overheating.

If your PS4 is still having problems with overheating, you can try turning it off for a while. This will give the console a chance to cool down and hopefully prevent any further overheating issues.

You can also replace the thermal paste on your PS4 if you think that might be the problem. The thermal paste helps to transfer heat away from the CPU and can sometimes become dried out or clogged, which can lead to overheating.

If you’re still having problems with your PS4 overheating, you can try rebuilding the database. This will help to fix any corrupt files that might be causing the problem.

If you’re using the classical PS4 hard drive, it might become corrupted and have bad sectors. This will impact the performance of your PS4 and might cause it to overheat. You can try doing a full format of the PS4 internal hard drive to fix this issue.

9. Make sure your PS4 power supply and PS4 fan are not defective

Finally, make sure that your PS4 power supply and fan are not defective. If either of these parts is not working properly, it could cause your PS4 to overheat.

If you follow these seven tips, you should be able to keep your PS4 from overheating. However, if you’re still having problems, you may need to contact Sony for further assistance. Thanks for reading! We hope this helped!

why does my ps4 overheat when playing certain games?

When the PS4 overheats when playing certain games instead of all game, it indicates that your console is being old and the CPU is no longer as strong as before. It can mean also that your PS4 power supply is not providing the right amount of power to the CPU and it's giving it more than it needs when running these games.

What are the ps4 overheating symptoms?

There are 5 major symptoms that tell you that your PS4 is overheating, which are:

Why Is the PS4 overheating after cleaning?

If you have already cleaned your PS4 yet it's still overheating, that means either there's a sort of hardware failure or you have to replace the thermal paste.