Why Is PS4 Slow and Lagging? Fixed By Experts

Has your PS4 eventually become annoyingly slow that you can no longer tolerate it? In fact, it’s really annoying and intolerable to have PS4 running slow and not performing the way you want. Additionally, if you just go read the heaps of complaints of users who have their PS4 lagging, you’ll realize how big and common this problem is. Additionally, the worst is when the PS4 lags not just with one game, but everything there is slow and lagging.

This situation happens due to different reasons that make playing on PS4 just a nightmare. So, how to work around this problem and get PS4 back to running smoothly and fast? Well, there are several fixes for this issue, most of them are easy and don’t require a deep technical background. On the other hand, in some rare situations you might want to take your PS4 game console to a technician to fix it. That happens because the PS4 lags sometimes because of a hardware failure that you can’t do anything about. We hope though that your case is easy to fix and doesn’t go too much hard.

Therefore, if you’re one of the players that experiencing slowness with their PS4, this is the right place to start from. We offer here very useful tips that help you overcome this problem totally. You’ll get back your PS4 to run smoothly and quickly just like the day you bought it, or even better! Yes, that is right, BETTER.

Additionally, if you don’t find the solution that suits you in this article, you may scroll down to the bottom and read our readers’ experiences and how they overcome this problem.

There are several symptoms that indicate PS4 is slow to the extent that it needs maintenance.

Ok, these are the most common symptoms that indicate PS4 lag/slowness. But what does cause this situation in the first place?

So, why does PS4 lag and become slow? Well, there’re several factors that promote this situation. Some are logical (related to software) and others are physical (related to hardware).

When your hard drive gets to 95 percent full, PS4 can slow down by 50 percent. At this point, there is no space to save the temporary files required for operating apps, so it’s as if the PS4 operating system doesn’t know how to run properly anymore. That’s why, as a results, PS4 starts lagging and getting slow.

Hard drive space is taken up by games and applications and their updates. Also, media files, screenshots, and game saves, all that consumes lots of storage space on the hard drive. Add to that the temporary files and associated files of deleted games/apps.

What you can do here is a few things:

It might happens that some files of game/app you recently installed on PS4 are corrupted. This will cause errors while running it, thus PS4 slowness. To fix that, simply reinstall that particular game/app properly, and this should resolve this issue.

Additionally, an unsuccessful game/app update may be the reason for this situation. Again, just repeat that process and make sure it completes successfully.

If that doesn’t fix it, and PS4 is still lagging, do the following in the order:

If still nothing changes, most probably there’s a serious conflict that game/app causes within PS4 system. You may want eventually to initialize PS4 and reinstall your games/apps carefully after checking the performance of each and ensuring they run well. 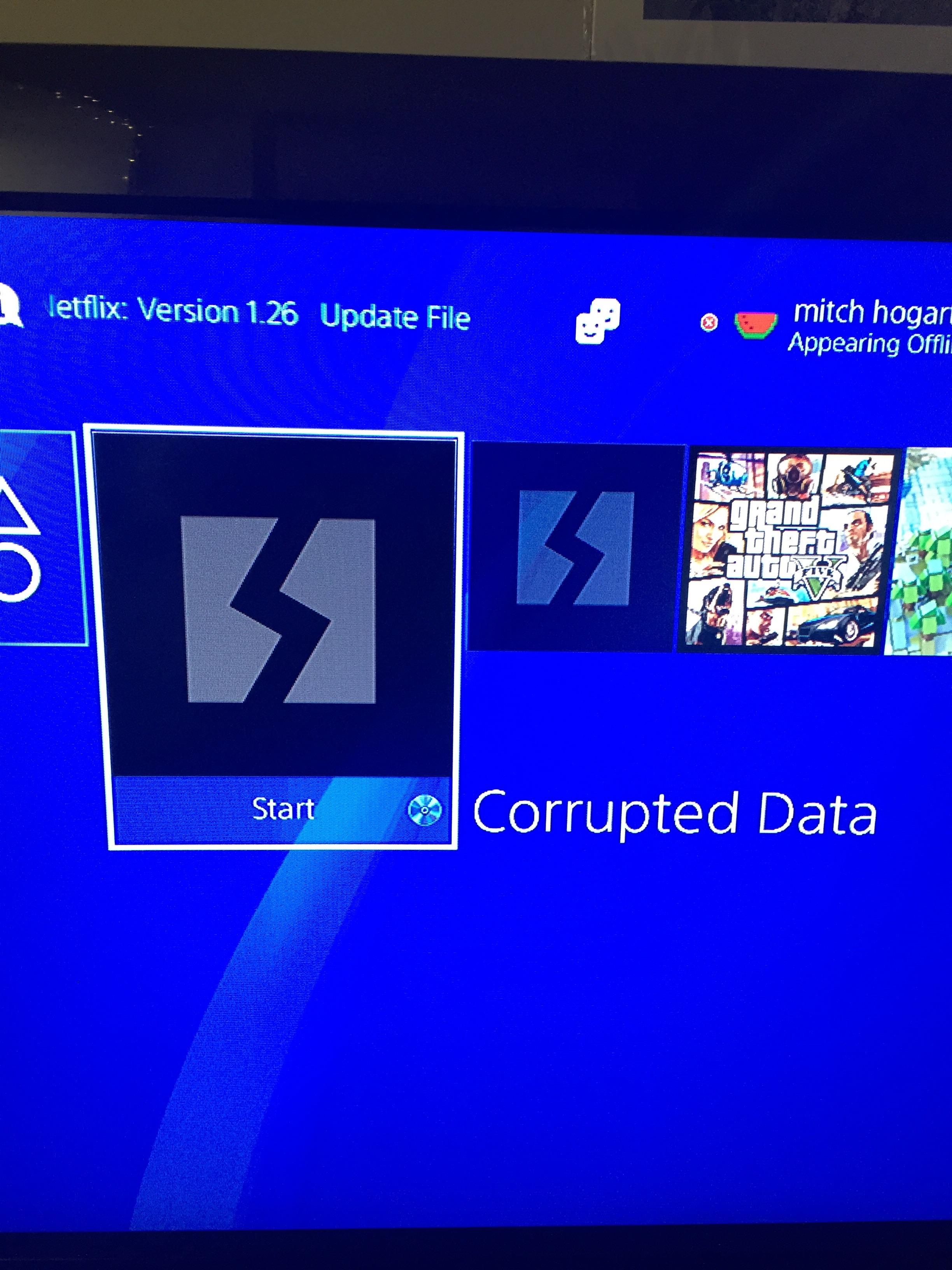 Sometimes PS4 is lagging due to the result of wrongly installed/updated PS4 system software. Usually this occurs due to the bad internet connection or a sudden hardware failure during the installation process. Just try again and hopefully this will resolve the issue. If not, you need to completely uninstall the game/app. Sometimes you’ll need to initialize PS4, as that broken update made conflicts within the PS4 system, thus PS4 became slow.

This is one of the major reasons why PS4 is running slow. So, when you tried everything above yet PS4 is still lagging and slow, you must suspect the hard drive. That’s because PS4 hard drive plays a fundamental role in PS4 performance. Just imagine how important it is. All your data is saved and processed on it. It’s responsible to send and receive data to and from the CPU for processing. So, if this medium is not functioning well, PS4 will surely lag and maybe freeze as well.

Is it really the hard drive?

How to figure out that the PS4 hard drive is the source of problem?

Well, after you try everything possible to fix PS4 slowness, especially rebuilding the database and initializing PS4, yet nothing works. Also, after you test the controller and confirm it works properly. At this point only, start to suspect the hard drive.

In fact, the most common reason that causes the PS4 hard drive to not function the way it should is: bad sectors. Also, using the hard drive for too long without maintenance by carrying out FULL format once annually may cause the hard drive to degrade, thus PS4 lags.

You can read more details on PS4 hard drive failure and how to fix that the right way. That article is really useful with many tips that help you restore the lost performance of PS4 HDD.

In all cases you have to learn how to format PS4 hard drive on a yearly basis. This education is mandatory for all PS4 users to acquire this education. That’s because formatting PS4 HDD maintains its performance and eliminate any error the drive undergoes. If you do it regularly, at least once a year, the performance of the hard drive will remain on its peak level.

We have published an article on PS4 internal hard drive format that will immensely help you learn more about this issue.

If you have experienced PS4 slowness only when playing games on the extended storage, chances are it’s the culprit. PS4 lags when a failure peripheral is connected to it. It somehow makes it “sick” and not functioning well.

So, now if you have already rebuild PS4 database, and tried to install the game/app that might promote this situation with no avail, it’s the time to FORMAT that external hard drive. You have to perform a FULL format for it, not quick. Full format will eliminate any bad sector or system file errors on the specified disk.

Note that you have to connect it to a PC in order to perform the format operation. 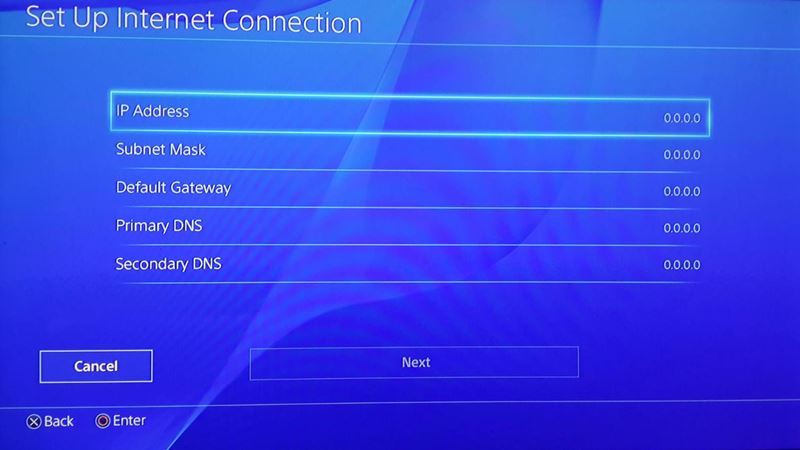 If your PS4 is only slow online, while it performs well enough offline, it might be the internet connection.

Below are a few simple tips that help you get over this issue.

This sounds strange, but it’s worked for some people. If you have an original model PS4, it can only connect to the 2.4GHz band on your router. The newer PS4 Slim and PS4 Pro can both use either 2.4GHz or 5GHz bands.

Certain routers combine both bands into one SSID. If you receive an error on your PS4 that the signal is too weak, try enabling the guest network on your router and connecting the PS4 to that. You’ll need to open the Web Browser app to punch in the guest access code before you connect.

2. Turn Off Other Devices on the Network

Slow connection speeds on your PS4 might be caused by interference. This is especially true if your PS4 is connected on a 2.4GHz band. Try turning off any other game consoles and computers on your network, plus devices like microwaves too.

Downloading files on your computer, or streaming video on your phone, could also slow down your PS4’s performance.

3. Move Your System Closer to the Router

If your PS4 is far away from your router, you’ll experience unstable performance. Try to move your system as close to the router as you can and see if that improves anything. 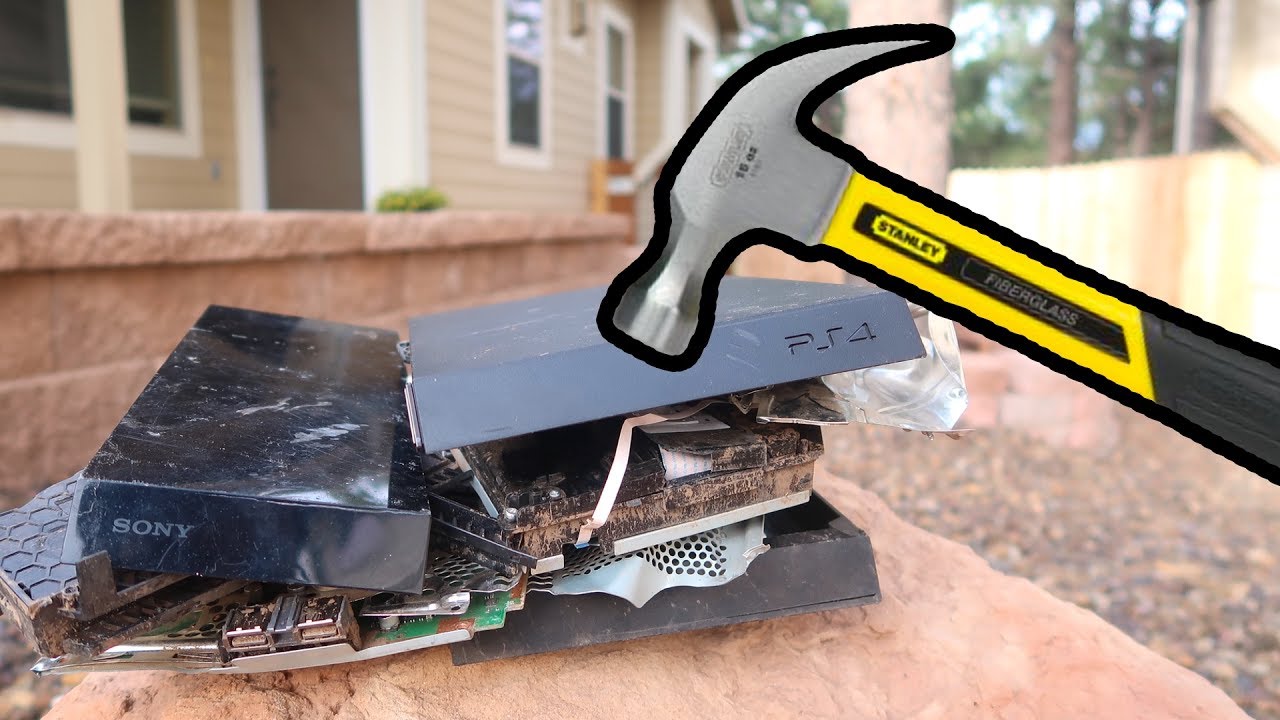 In some cases the PS4 lags due to defective internal hardware. If you have tried your best to fix PS4 slowness and made sure it’s not the hard drive, the last thing to think about is that one of the internal hardware components is causing this issue. It might be the CPU, RAM, motherboard or any other part.

In this case, you can’t help it. You need to seek help from a specialist in order to fix it for you. Take you PS4 to a repair shop managed by an experienced technician.

After reading this article to this point, you may have already figured out the 3 common solutions for this situation. They are:

We’ll go through each point quickly without much elaboration. In case you need more elaboration, please do your own research online. The Rebuild Database option does a defragment of the PS4, which can solve a whole host of issues on the PS4 and free up some much needed space, speed up your console and fix issues. The Rebuild scans the drive and creates a new database of all content, thus cleaning the disc drive. This will make PS4 run faster and resolve performance issues. In many cases, when PS4 is lagging, doing this operation fixes it.

So, to carry out this, you’ll need to put your PS4 into Safe Mode. Now, as to the specific steps for initiating a database rebuild, those are as follows:

If you own a gadget for a long time, you should factory-reset it every once in a while. Useless files accumulate, caches fill up with junk data and programs you never use start eating up valuable space. Video game consoles are no exception, particularly since games are larger than ever and hard drive space is at a premium.

You need first to go to Safe Mode that offers you a Quick or Full initialization. “Quick” doesn’t really reset your PS4—it just signs you out of everything and deletes all user and save data. “Full” is what will wipe the system, from the guts back on up. In my opinion, Quick isn’t really a worthwhile option, especially if you’re having software problems. And while Full claims to take a few hours, in many cases it doesn’t take more than 30 minutes.

Either way, pick your reset style, and confirm your choice. Then, get ready to re-download all your favorite titles and apps, and restore your save data.

If you want to eliminate every single error the PS4 hard drive undergoes, you must FULL format it. That’s unless the hard drive suffers from a serious physical failure, then nothing you can do but dispose of it.

So, if you want to format PS4 internal hard drive, follow the steps below. Note that these steps are for Microsoft Windows OS.

There are several reasons that make PS4 slow and lagging. Some are easy to fix and others, in rare cases, need an expert. Whatever the situation is, it’s always good to try to fix that yourself and get PS4 running as smooth and fast as before.

But if PS4 lag still persists after trying everything in this article, contact a technician. It might be a serious hardware failure in the VGA, RAM or even the CPU.

There are several reasons that make PS4 become slow and lagging, such as corrupted system files, malfunctioning USB device connected, or a defective hard drive.

The answer is definitely YES. Dust hinders the proper CPU cooling which makes it consequently hotter, and this results in lower performance of PS4.

How to Fix Slow PS4?

Fixing the slow PS4 is not a difficult task. You have to follow the instructions in this guide in order to fully resolve this issue.