PS4: “Too Many USB Devices Connected” Fixed By Experts

One of the most common error messages PS4 users face is the one that says: “Too Many USB Devices Connected“. This error becomes so frustrating especially when there’s no USB device connected to the PS4. As a result, users don’t really know what to do in this situation but to restart the PS4 and try their luck again.

On the other hand, this error occurs when connecting a USB device that the PS4 system has conflicts with. Consequently, that leads the PS4 to freeze up and stop working.

Before trying to fix this error, lets learn more details about it.

Why Does This Error Occur?

The error message: “Too Many USB Devices Connected” on PS4 occurs due to several reasons:

These are the most common reasons for this error. So, let’s learn now the suggested methods to fix it.

Fixing this error can be way too easy and quick that any average user can carry out. On the other hand, it can also be difficult and need a specialized technician to fix it. We just hope that your case is classified under the “easy-to-fix” title.

Turn Off the PS4 then Turn It On Again

This is the easiest and quickest solution here. It will eliminate all sorts of electric shocks that might generate that error.

What you have is the following:

When you turn off your system, the display darkens, the power indicator blinks white, and then turns off.

This is mandatory. After completely turning off the PS4, you have to leave all PS4 USB ports free while trying to fix this error. So, remove all USB devices that are currently connected to the PS4, whether it’s the controller, VR, external HDD or whatever. 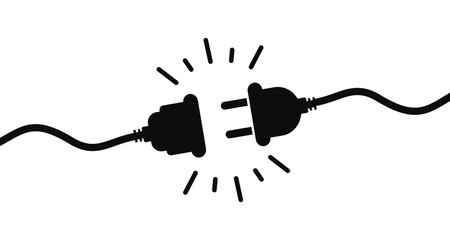 The next step is to unplug the PS4 power cable from the electric socket. Note that it doesn’t suffice to just switch off the socket power. You have to unplug the cable as well.

Now, leave your PS4 for around 30 seconds before plugging the power cable back and turning it on.

You can turn on your PS4 system in either of the following ways.

The power indicator blinks blue and then turns white to let you know your system is on.

5. Connect the USB Devices to PS4 One By One

Now, if everything seems fine so far, start to connect the USB devices one by one. Once you connect one of them, go and use it and see whether it operates properly or not. Keep working on it for 5 minutes. If it works fine without an issue, connect the next device and just do the same, until this message shows up.

Now, you discover which USB device is responsible for this error. If it’s the PS4 controller, try to reset it. Otherwise the faulty USB device either needs maintenance or replacement.

When the PS4 database becomes corrupted, weird errors occurred, such as this one.

In order to rebuild the PS4 database, you have to follow these simple steps:

The PS4 system files might become damaged/corrupted due to several reasons. Once this happens, you could get the “too many USB devices connected” error, as a result of this situation.

But whatever the reason is, you have to eventually initialize the PS4 and reinstall the PS4 system software from scratch.

Note that this operation will wipe off all your data. It’s strongly recommended to take a backup first if you have important data stored.

Additionally, you have to download the full installation package of the PS4 system software on a computer and save it on a USB storage device (i.e. flash memory or an external HDD).

Please carefully follow these steps in order to successfully get a fresh and clean copy of the PS4 system software.

Now, restart the PS4 and check whether you still get the “Too many USB devices connected” error message or not.

If you still get it, please try the next method.

If nothing above works, most probably it’s a faulty hardware that causes the whole issue. You have to run several tests in order to figure out which one is it.

If no USB device is connected to the PS4 and you still get this error despite your attempts to fix it, it means the PS4 itself needs maintenance. It can be the USB port or even the motherboard. Only a technician can fix that for you.

If the error occurs only when you connect a USB device to the PS4, either the USB connector is defective, the USB device, or even the PS4 USB port. A savvy can discover the exact source of failure by doing varied tests on the PS4 and the USB devices.

Don’t forget to switch between the USB ports with the same USB device. Sometimes this works and it helps also knowing where the error comes from.

Error message: “Too Many USB Devices Connected” indicates that there’s something wrong going on with your PS4. You’ll be really lucky if one of the three methods above can resolve it. But if it’s a hardware issue, here you have to suffer.

In any case, if you have done your best to resolve this issue, yet it still persists, you must take your console to a technician.

Contents hide
1 Why Does This Error Occur?
2 Fixing “Too Many USB Devices Connected” Error
2.1 Turn Off the PS4 then Turn It On Again
2.2 Rebuild the PS4 Database
2.3 Full Initialize the PS4
2.4 Repair the Faulty Hardware
3 Conclusion