It can be extremely frustrating when you have your PS4 controller not connecting. The controller is the primary mode of input to your PS4. If you have no controller, you can’t perform simple tasks like logging in to the PS4 operating system or even entering the PS4 safe mode.

For that reason, if you are having problems getting your PS4 to recognize your DualShock4 controller, it is easy to get frustrated. However, if the PS4 powers on as normal, the problem most likely lies with the PS4’s drivers, which are small programs that allow your PS4 to interact with peripherals, such as a controller, headsets, external hard drives, etc.

It can be also other reasons that causes the PS4 controller not connecting or recognized by the system. Power issues and defective hardware plays important role here as well.

But first, let’s learn how to connect/pair DualShock 4 controller to the PS4, maybe you’re not doing it the right way, or maybe you’re new to the world of PS4 and want to learn.

To connect DualShock 4 controller to the PS4 system, especially for the first time, you’ll need a USB cable; any USB 2.0 Micro-B cable can connect the DualShock 4 to the PS4 console.

Once you have at least one controller connected to the PS4, you can add more wirelessly:

Reasons Why PS4 Controller Not Connecting 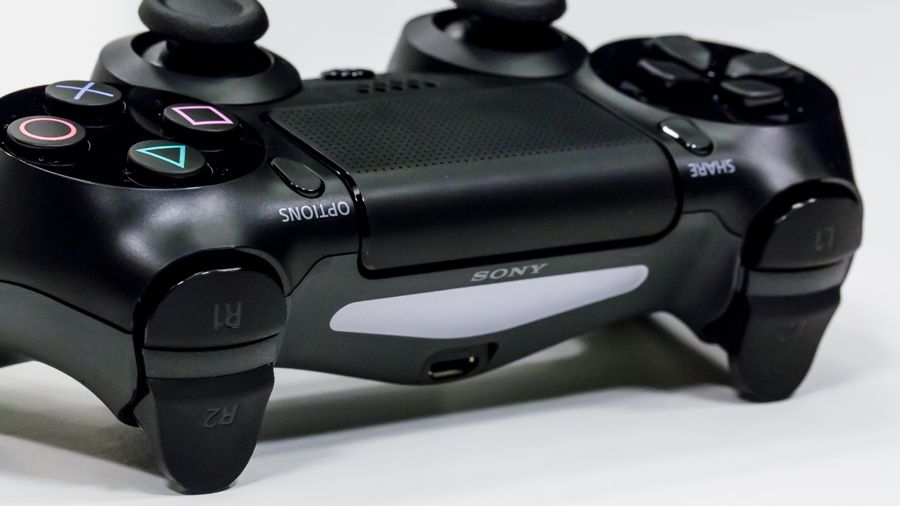 There are various reasons that contribute to this situation, and below are the most common:

These are the most common reasons, and in fact, these are level-2 reasons. There are reasons in level-1 (indirect) that stand behind the scenes and you must be aware of, which you’ll learn in the next section where we try to fix the not-connecting PS4 controller issue.

In this section we’ll address every possible reason that cause the controller connection issue to the PS4. Some of these reasons are easy to fix, and some just require a well-versed technician. Hope your issue is not that critical to the extent that you need a technician.

1. Make sure the Controller is Really Working

This is the first step you have to take. You need to verify whether the PS4 controller is actually working properly and has no performance issue or not. Ok, it is not connecting to the PS4, try connecting it to another PS4 or even to a computer and see if the system recognizes it and the blue light turns on. If it does, it means the problem might be in the PS4 hardware not the controller.

2. Make sure the cables are intact

Before working on fixing the not-connecting PS4 controller, you must check the PS4 power cable and the DualShock 4’s USB cable and inspect for any sort of damage.

Once you’re sure that everything is alright and working properly, head to the next section. 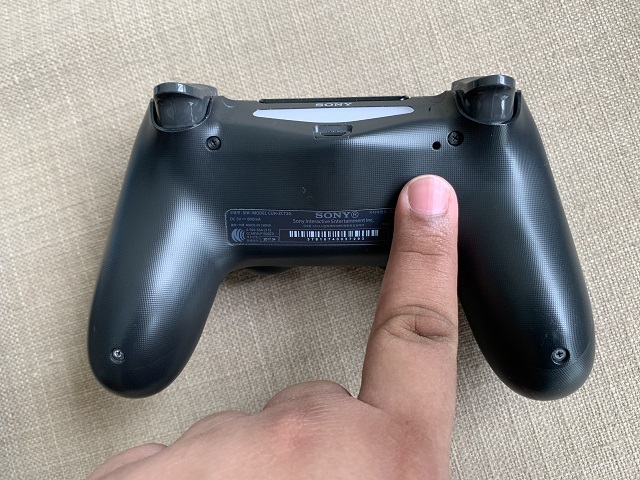 In order to hard-reset the PS4 controller, follow the steps below:

If the controller is unresponsive, yet you’re sure it’s in a healthy state (you have tried connecting it already to another PS4 or a PC), that might mean the PS4 USB port is defective, or the PS4 CMOS data is corrupted and you need to clear it (read more on clearing PS4 CMOS memory).

When you have any hardware issue with the PS4, such as this one, the very first thing you have to try is to turn off the PS4 completely, unplug the power cord from the power outlet, wait almost 1-3 minutes before plugging it to power again then turn it on.

This technique has proved remarkable efficiency not only in PS4 systems, but almost all electronic devices, including computers.

But why would it work in the first place?

You might be surprised to learn that when you turn off your PS4 (controller and other peripherals as well), they don’t completely shut down. All the component/pieces are just in a very low powered on state.

It means that if your PS4 has a hiccup/glitch that locks up a piece of hardware (RAM, AUDIO, USB, Bluetooth and such), that glitch can still linger on because of that low power state. Many PS4 problems can be simply fixed by pulling the power plug, wait 1-3 minutes and plugging it back in again, because of all the above.

So, what you have to do here is:

If that doesn’t help you resolve your problem and the PS4 controller is not being recognized/detected by the PS4 system, thus not connecting, you have to try other solutions.

6. Check if the PS4 is getting enough power

We have already addressed in a previous article the power shortage issue and how it affects the PS4 performance, go to it for more details.

But briefly speaking, when the electric current is unstable or weak, the PS4 performance will be noticeably affected, and major malfunctions will occur, including the instability of the USB/Bluetooth connection.

In order to diagnose this issue, you must connect the PS4 directly to the wall power outlet (not via a strip or surge protector). Make sure the PS4 power cable is working properly and doesn’t undergo any sort of damage.

When the PS4 controller is not connecting, it might be a symptom of a dirty PS4. Go and clean the inside of the PS4, and make sure you clean the PS4 USB ports very well also.

When the PS4 CMOS data is corrupted, many performance issues occur in the PS4 system, including hardware failure. The solution for that is to clear the PS4 CMOS data. But the real problem here is that it needs a savvy to carry out this action. So if you don’t feel you’re savvy enough to take that action, get the help from a well-versed one in this regard.

If nothing works still

If nothing has worked for you and the PS4 controller is still not connecting, I reckon it’s the time to visit a professional technician to fix this issue for you before accusing the DualShock controller of not working, let that technician tell you where the problem really is.

It will be a great idea if you have another controller for test purpose. You can check whether it works on the PS4 and connects properly or not. If yes, and if you have already tried all the suggested solutions above, yet nothing has worked, then it’s time to purchase a new PS4 controller.