How to Format External HDD for PS4 as Extended Storage

Since the release of PS4 System Software 4.5, users are now allowed to use their external hard drives as a storage extension to the main system storage, a much long-awaited and exciting feature that a wide variety of PS4 users constantly pressured Sony with their complaints of its nonexistence.

So, finally Sony yielded to the pressures that seemed awfully tremendous to the extent that Sony feared to lose more audience in favor of its competitors in the market, especially Microsoft with its Xbox One game console.

Now, with the release of PS4 System Software 4.5, you have two options to use your external hard drive on PS4—Either use it for backup and restore purposes, or use it as an extended storage on which you can store/install your games and applications. Each option has its own advantages and disadvantages that I strongly recommend you to be aware of before deciding which route to take.

In this guide we address using an external hard drive on PS4 as an extended storage, and we lay out the major advantages and drawbacks of this method. If you wish to learn more about the other method that uses the external hard drive as a backup device, including its advantages and drawbacks, please visit our article: How to Format External HDD for PS4 as Backup Storage.

Setting up an external hard drive to work as an extended storage grants PS4 users some major privileges that enhance their experience with PS4 and add more flexibility in how to organize games and applications. On the other hand, you have to waive some important features given to you by the other method.

These advantages seem appealing, and almost every PS4 user was anxiously waiting for them. But unfortunately, this method is not free of drawbacks.

The drawbacks of this method appear when compared to other PS4 storage expansion methods.

Most of these drawbacks can be resolved by getting another external hard drive as a backup storage.

Before going through the format process, you have to meet the following conditions in order for your external hard drive to become an extended storage:

Once you are ready, implement the following instructions and you’ll be done. 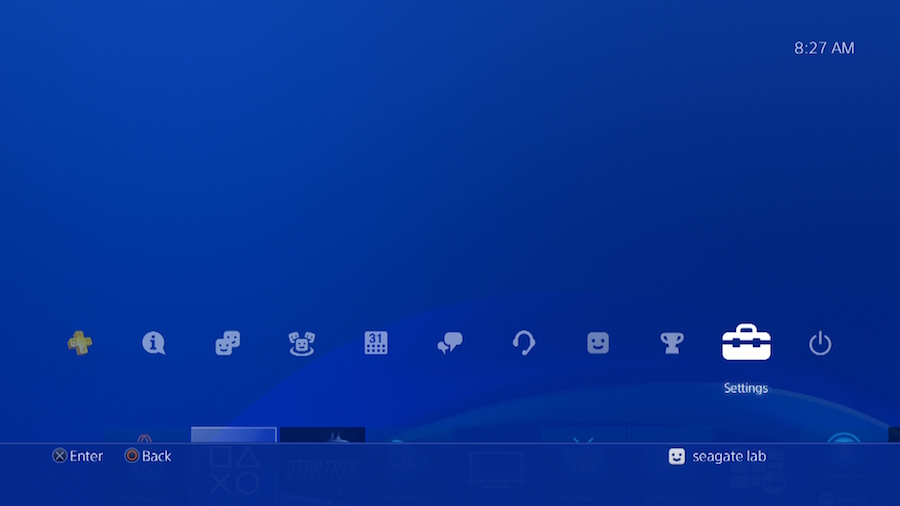 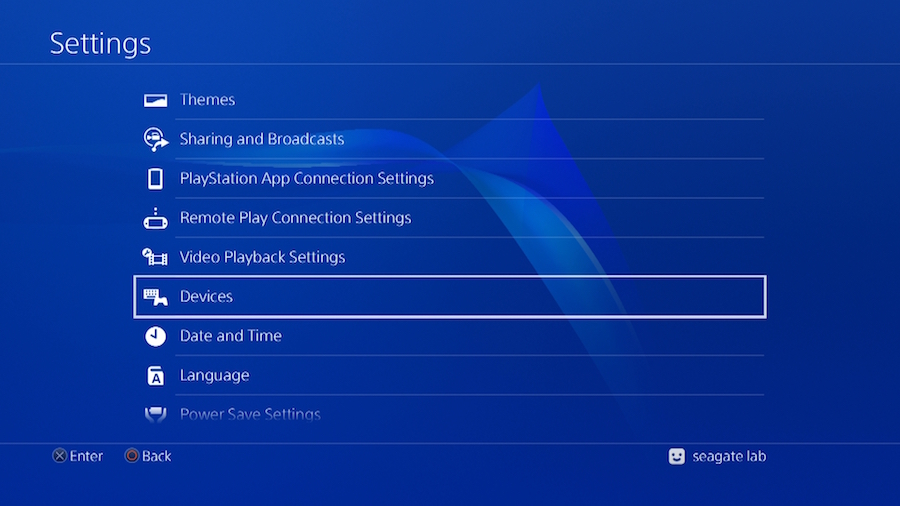 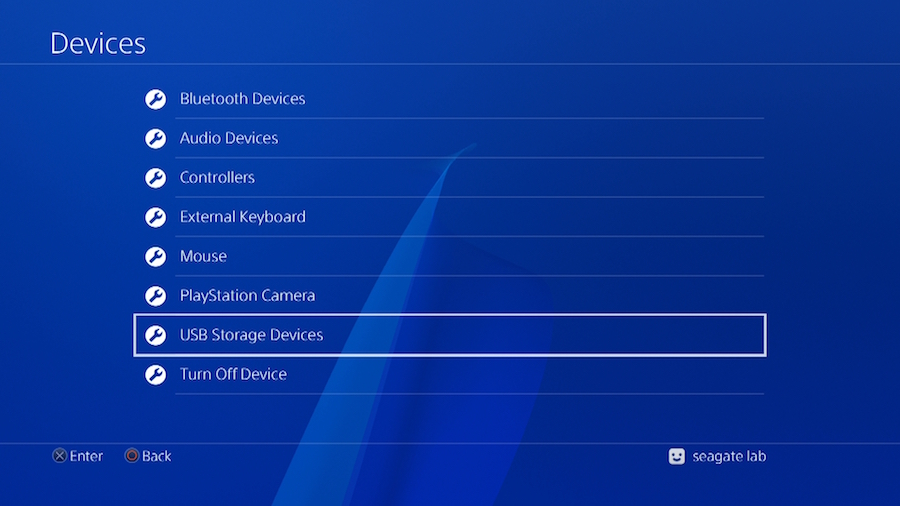 4)► Press the [X] button to select the new drive

5)► Select [Format as Extended Storage] (Note: Formatting will erase everything on the drive!) 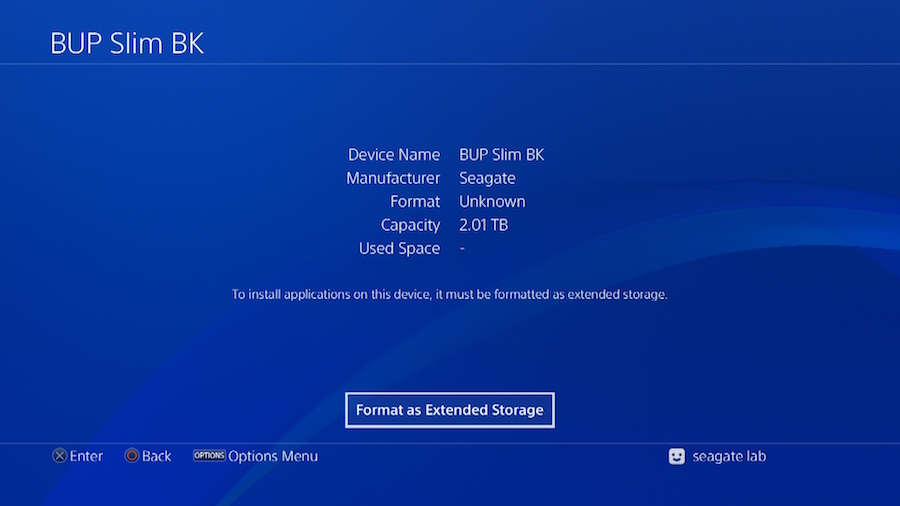 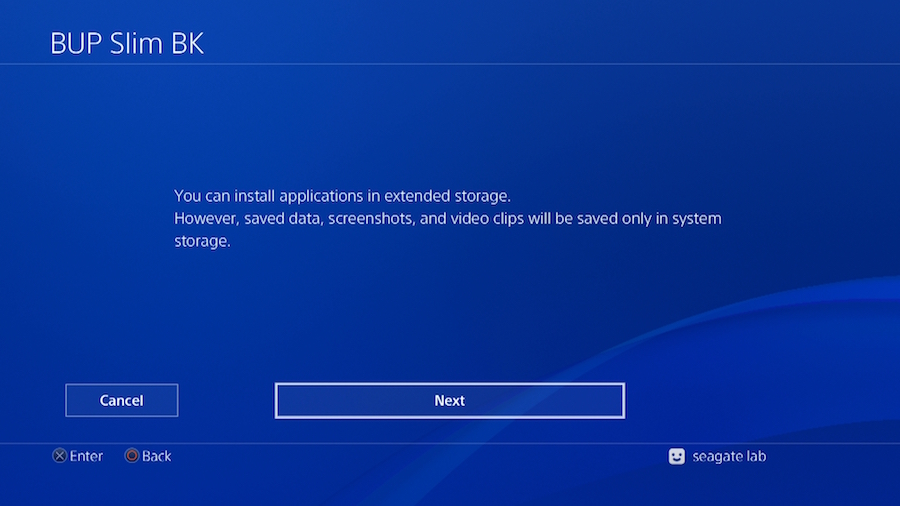 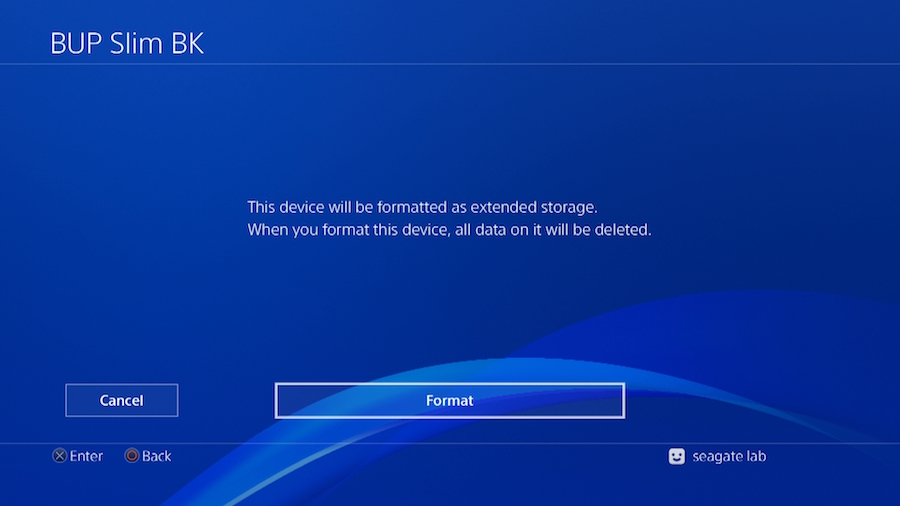 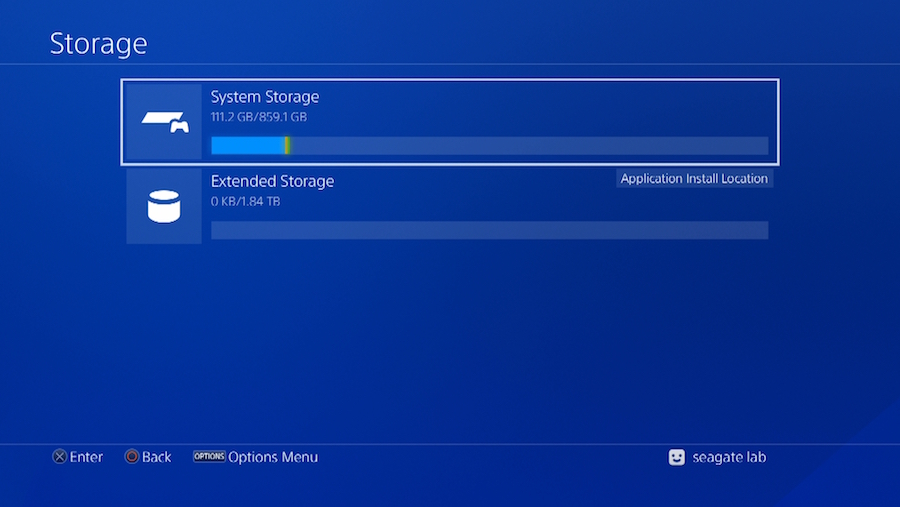 Your external drive is now setup for PlayStation 4 external storage, and will be used as the default location for game and app installations.

Once formatted, your external HDD will be set as the default download location as long as it remains plugged in.

If you want to switch back to your PS4 internal storage for downloads (and back again to the external HDD), that’s easy too: 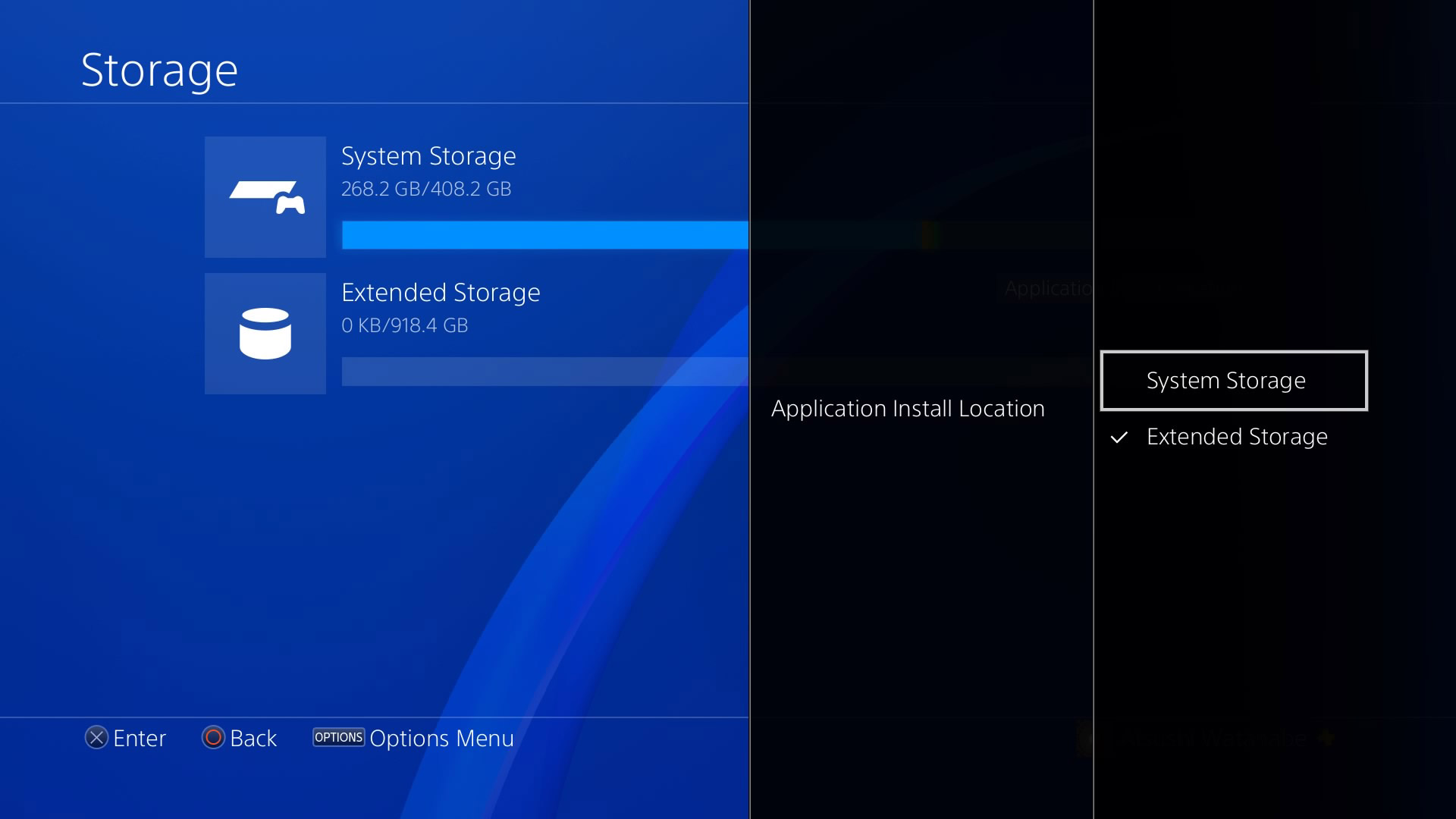 If you want to organize the games and apps that are currently installed on your PS4 internal storage, you can easily move them over to the external storage device: 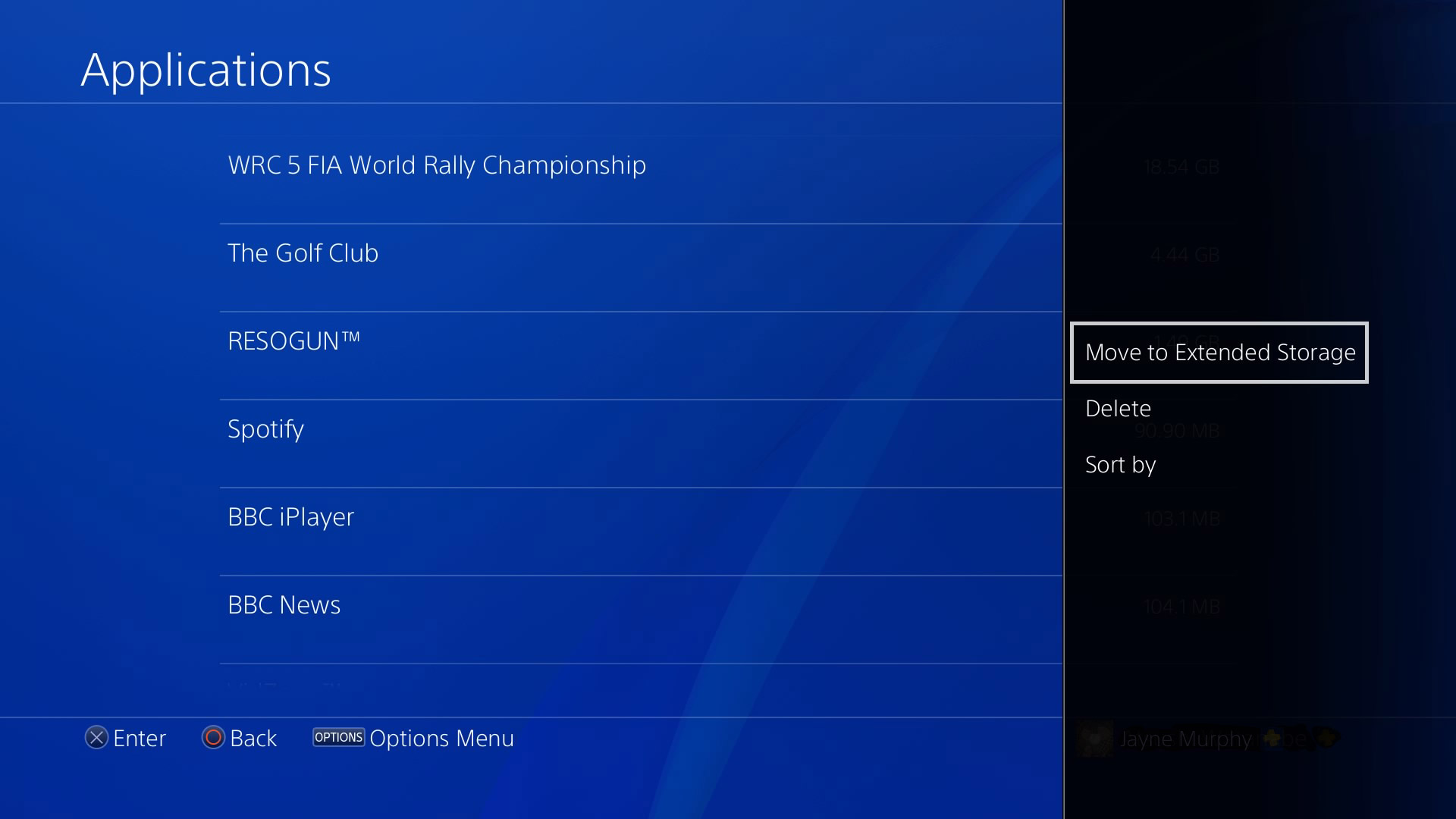 It’s very important not to remove your USB storage device when your PS4 is switched on without properly disconnecting it.

If you need to remove your external hard drive from your PS4 for any reason, hold down the PS button to bring up the Quick Menu, then select [Stop Using Extended Storage] to safely shut it down before unplugging it. Once that’s done, you’ll see a message that it’s safe to disconnect the device from the USB port.

Here are a few notes to take into consideration regarding this method. Some of them are reminders, just in case you find a repetition in this section.

The Extended Storage feature is a great aspect of the new PS4 system software that might redeem some of the lost popularity of PS4 due to its restrictions on this matter.

If you wish to learn about the different methods of expanding the storage capacity of PS4, please visit our article: Best 5 Methods to Expand PS4 Hard Drive Storage.

It’s worth to note that Sony has made a quick guide on formatting an external hard drive as an extended storage on this link.