It happens that one day you turn on your PS4 and the system doesn’t directly load the home screen, rather you see a black screen with a message that says: “Checking System Storage Status | Do not turn off the PS4 | When the check is complete, the PS4 will restart automatically.” as seen in the image below: 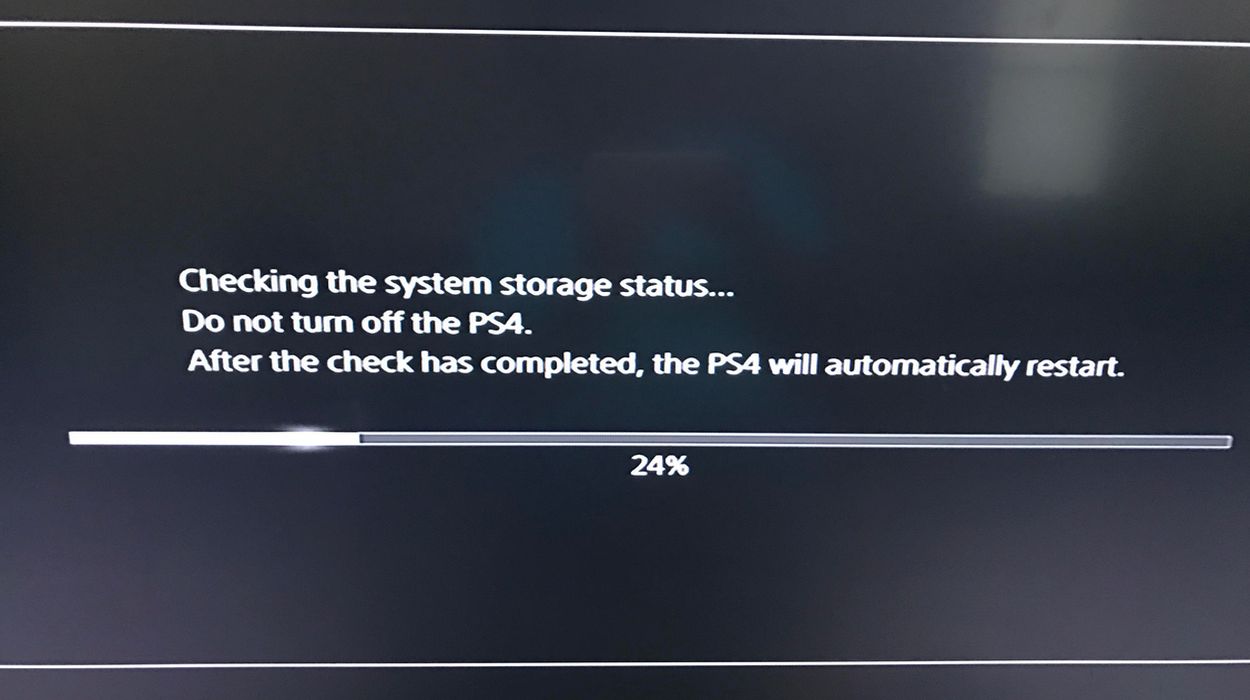 This message appears usually once you have replaced your PS4 stock hard drive with a new one then turned on the PS4 for the first time after replacement. It’s basically a normal message that you don’t have to worry about and it only appears once then you don’t see it again. If this is your case, just wait for the checking process to complete and the message will disappear.

On the other hand, there are some users who have serious troubles with this message and can’t skip that on-screen message.

Issues Covered In this Guide

This guide covers the most common issues with this message that are:

If you have one of these problems with that message, then please keep on reading so that you may hopefully find a relevant solution.

Why Does PS4 Checks for System Storage Status? 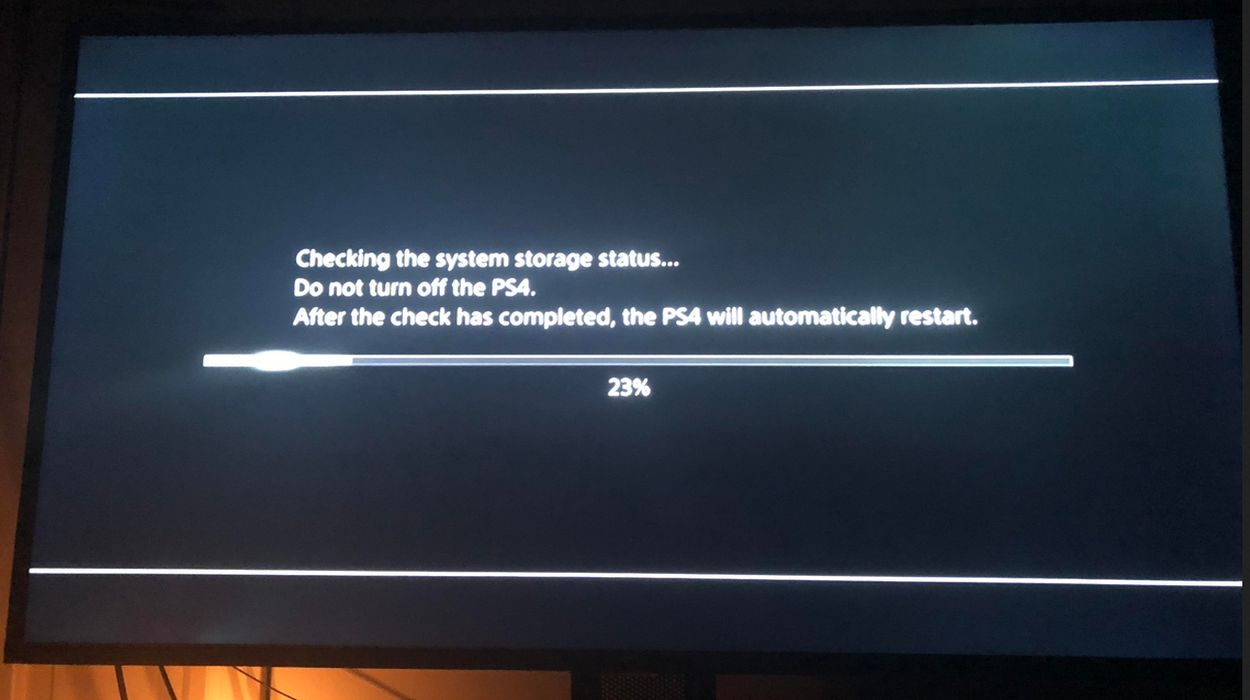 When it’s a new hard drive, the PS4 system takes time to prepare for the installation of the operating system. It will take time to format it to a relevant file system before the installation process begins.

Additionally, the PS4 checks for the system storage status when there’s an error occurring in the hard drive or the PS4 can’t properly connect to it for some reason. It may happen when your PS4 fell on the ground from a high place, or you opened up the PS4 cover to clean the inside of it and you messed with some cables.

In most cases, when that error is on a low-level (i.e. logical/system-file related) the PS4 system can easily fix it itself without the need for any additional interference from anyone. But sometimes that error is serious that you need to reinstall the PS4 system software from scratch.

On the other hand, if the error is physical (i.e. hardware-related), then it’s a serious situation that can cease the PS4 system from loading and hence working.

The hardware-related deficiencies that cause the “Checking system storage status” issue may occur due to varied reasons, most commonly:

These are the most common hardware-related issues that promote the situation where the PS4 system has issues detecting the system storage.

If you’re one of the unfortunate guys who have trouble with the PS4 “Checking System Storage Status” message, you need to try the following suggested workarounds below.

1. Completely Disconnect the PS4 from Power

The first, yet easiest step you should carry out is to disconnect the PS4 console from power. You have to unplug it from the power outlet and wait 5 minutes before plugging it in the back.

You might be surprised to learn that when you turn off the PS4 without plugging it out (controller and other peripherals as well), they don’t completely turn off. All the components/pieces are just in a very low powered-on state.

That means if your PS4 has a hiccup/glitch that locks up a piece of hardware (RAM, AUDIO, and such), that glitch can still linger on because of that low power state. Many problems have been fixed by just pulling the power plug, waiting a few minutes, and plugging it back in again, due to what has been illustrated earlier.

So, try that first before going for any other solution.

Additionally, you can learn more about the PS4 power issues when reading about our fix for PS4 not turning on. 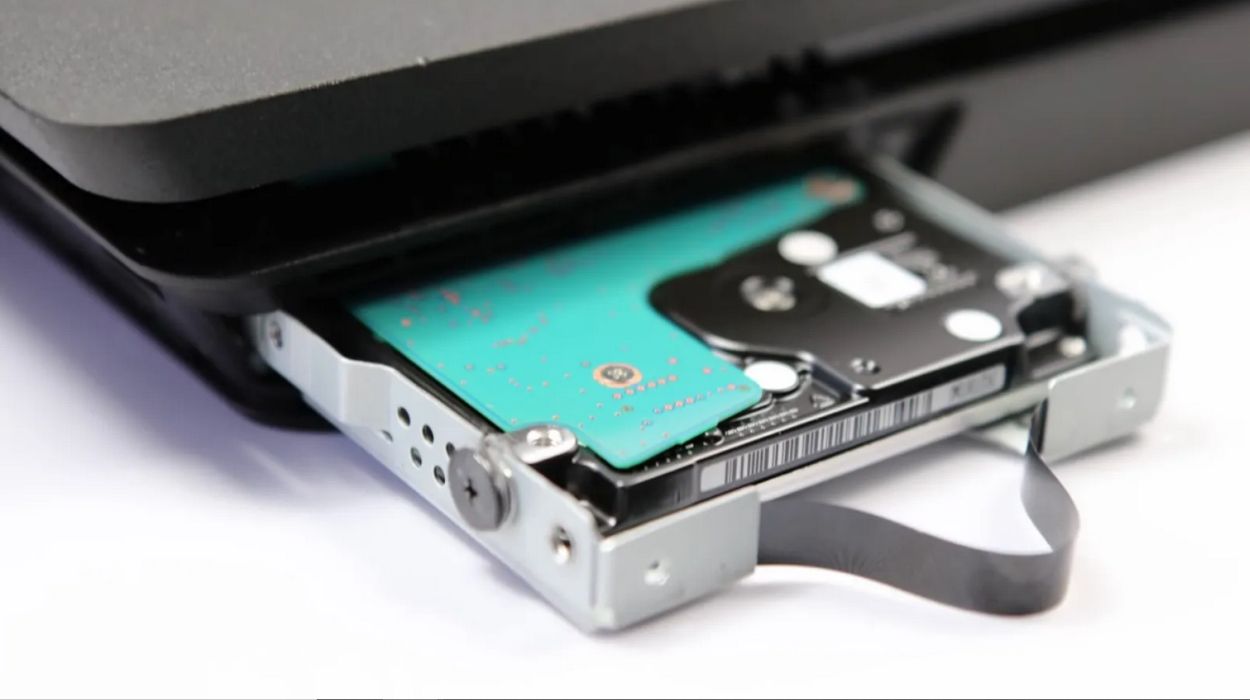 Reseating the PS4 hard drive means removing it and then installing it again. This helps the PS4 system in many cases to detect the hard drive and connect to it normally again. This step is the first thing you have to start with to make sure everything is connected properly and your PS4 doesn’t undergo a loose-connection problem.

If you want to learn how to remove the PS4 hard drive, please visit our guide here.

Please try the other steps below if that doesn’t work for you.

3. Confirm the Health of the PS4 Hard Drive 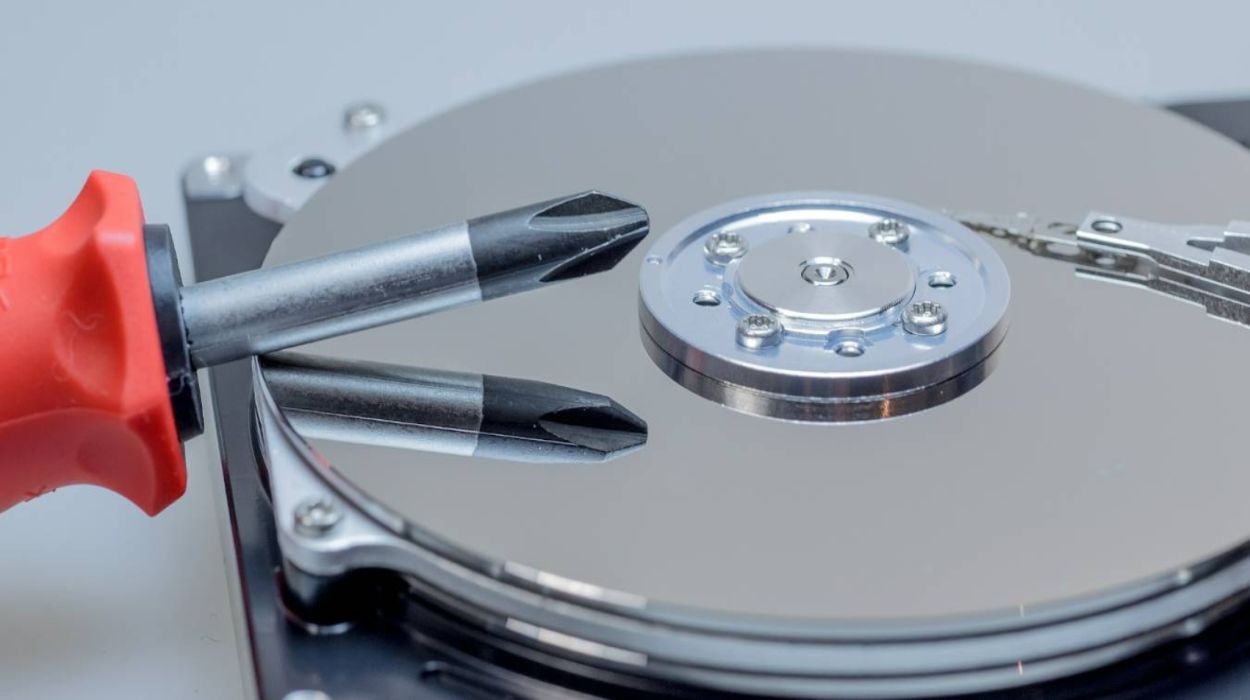 Yes, the PS4 internal hard drive might be defective/damaged and is the main culprit for this whole trouble. So, what you need to do here is to check whether it’s working properly or not. Listen to it when the PS4 turns on, do you hear any loud clicking/grinding noise? If yes, it’s definitely the reason for the PS4 checking system storage status issue. It’s a strong indication that you need to replace the PS4 HDD as soon as possible, as it’s dying and soon will fall into decay and stop working entirely.

Otherwise, if you hear no noise out of the PS4 HDD, it’s most probably healthy, but, on the other hand, it can indicate a serious issue with other PS4 hardware parts.

Anyway, all you need to do at this stage is pull out the PS4 hard drive and connect it to a PC, either internally or externally (internally is preferred). Now see whether the system detects it or not. If it’s detected, go and perform a FULL format on it (full, not quick). This will help restore the original performance of the PS4 hard drive and repair the damaged file system.

To learn more about PS4 hard drive failure, please click here. Additionally, you may want to learn how to format the PS4 internal HDD. 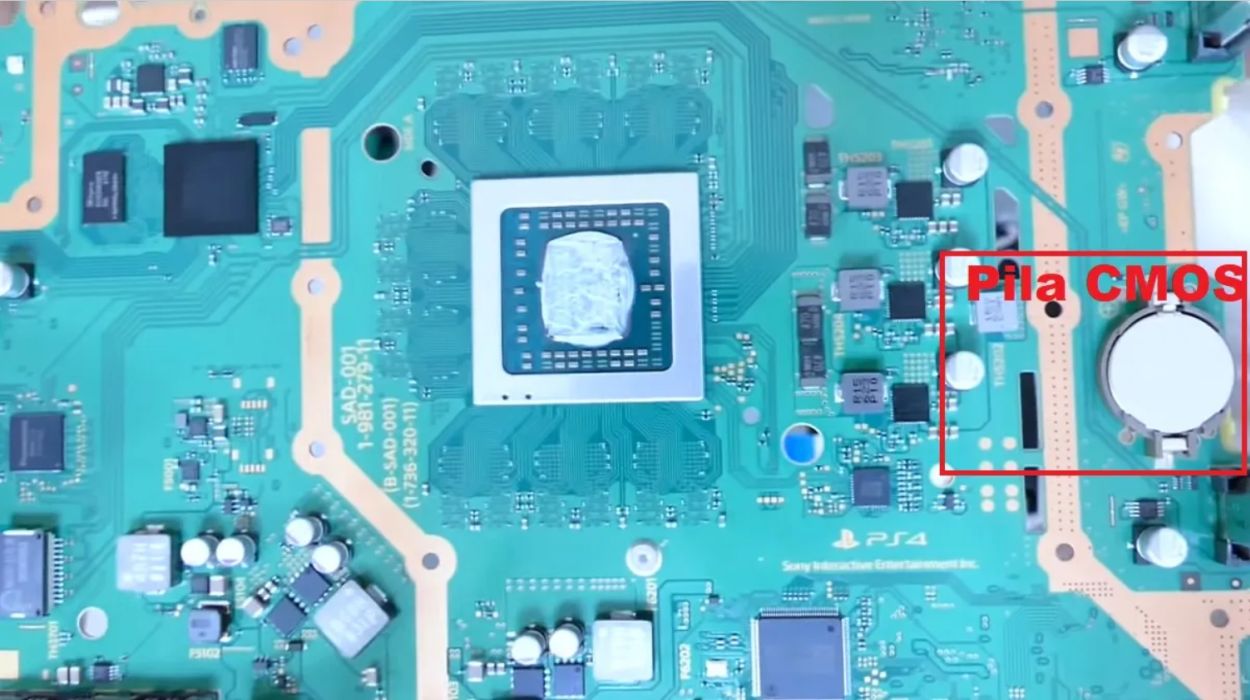 A corrupted CMOS memory data can cause lots of problems within the PS4 system, including the “checking system storage status” issue. All what you need here is to locate the PS4 CMOS battery and pull it out for 10 seconds, then put it back again.

Make sure you do that while the PS4 is fully disconnected from power.

Our guide on PS4 CMOS Memory and how to clear it will help you understand more on this issue.

5. Seek Help from an Expert

If none of the above has worked for you, the issue seems very serious that you need to seek the help of a technician. It might be the PS4 motherboard or even the PS4 power supply. Your console simply needs a deep diagnosis in order to figure out where the problem really is.

The PS4 checks for the system storage status because there’s an issue interacting with the internal storage device. It might be the storage device itself that’s defective, or it can be one of the other innards of the PS4. In all cases, don’t take your PS4 to a repair shop until you try all possible ways to fix it. Always take a backup of your data whenever possible for trying to “play” with the PS4 components.

Why is my PS4 stuck on checking the system storage status?

How do I reset my PS4 system storage?

Resetting the PS4 system storage means to wipe all data on it and clean it from everything except the system files. In other words, you need to learn how to perform a full initialization of the PS4 as it will reset the system storage the way you want.

This indicates either that there is a loose connection between your PS4 HDD and the motherboard, or the PS4 HDD stopped working.

When the checking system storage message on PS4 is taking forever to complete, this indicates that there's a sort of failure or data corruption in the PS4 internal hard drive.

The ps4 checking system storage status loop is a strong indication that the PS4 cannot access the internal hard drive. You may need to reseat the PS4 internal HDD or just replace it with a new one in case it went out of action.