One of the worst errors that might occur within the PS4 system is that with code number (CE-36329-3). It comes with a text message saying: “An error has occurred in the system software.” then the PS4 turns off after a while. Sometimes a simple reboot for the PS4 will resolve this problem, but other times it won’t. It depends on the reason that caused this error to occur, and it’s not only one reason 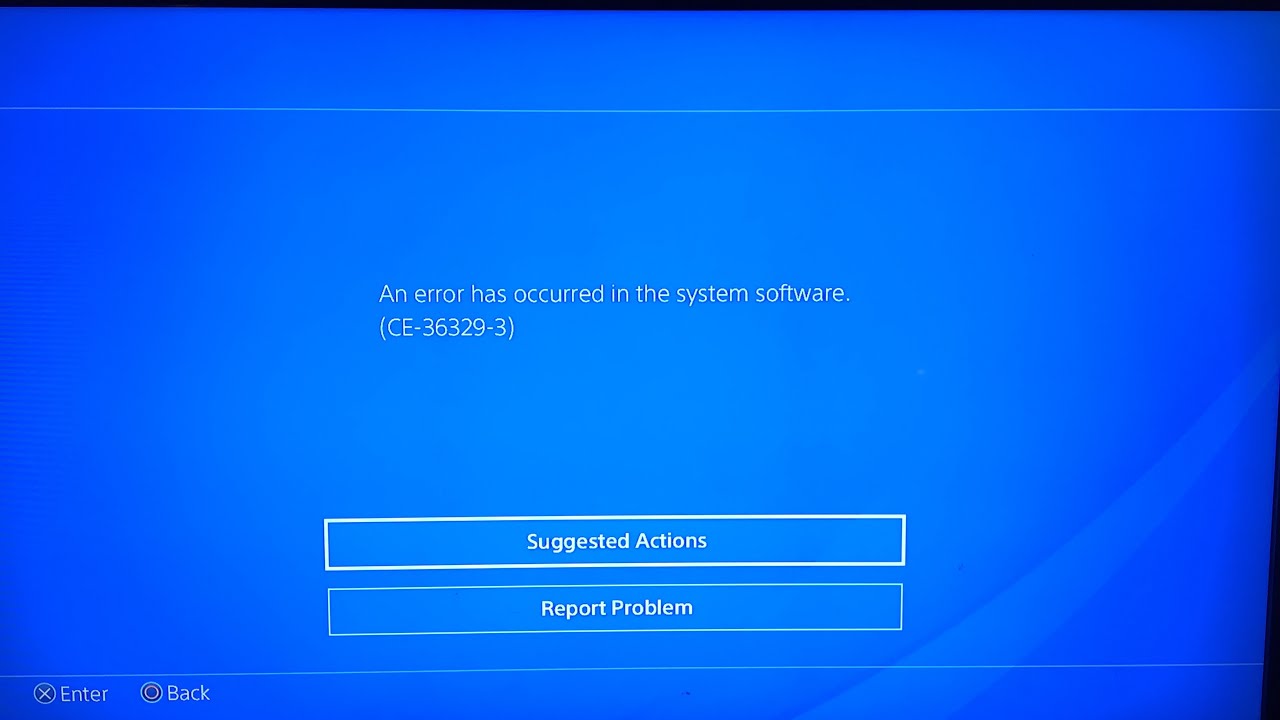 You’ll be really lucky if rebooting the PS4 resolves this problem, as not everyone can be as lucky. Some players need to dig deeper into the problem to find a proper solution. So, if you’re one of these unlucky guys, please carefully read this guide in order to find a way-out of this situation.

The PS4 error referred to with code number [CE-36329-3] is that kind of errors that relate to system failure. It happens when the PS4 system fails to operate due to either data corruption or data conflict. These issues with data can be located either in the PS4 system itself or the game you’re playing/launching.

So, If the error only occurs once while you’re playing on a particular game, or once you’ve launched it, there’s a chance it was a one off crash that doesn’t indicate any other underlying issues. Restart the game you were playing, and many times you will be able to continue to play without further issues.

If the problem is with the PS4 system files, you need to restart it. The good news here is that the PS4 operating system was coded to maintain itself after each reboot. Thus, it will automatically fix the corrupted system files that might cause this error. Therefore, many users get their system functioning smoothly again once a reboot takes place.

On the other hand, if you’ve rebooted the PS4 and the problem still persists, you have to give it another chance. This time you need to first turn off the PS4, unplug the power cable, and leave it unplugged for 1 minute. Afterwards, plugin the cable and turn on the PS4.

If that doesn’t work either, it means you have to manually repair the PS4 system by trying the methods illustrated below.

When you try to fix a data-corruption-related errors, such as Error CE-34335-8, Error CE-34878-0, and Error CE-36329-3 we’re addressing, you’ve to bear in mind that the problem can go beyond a mere data corruption to a hardware failure. For this reason we have to work on both sides, software (logical) and hardware (physical).

These methods are easy and quick and don’t require a tech-savvy to apply. Just any average PS4 player with basic tech knowledge can do that if they carefully follow the instructions.

Note that we don’t include the “system restart” or “application restart” in our methods. We have explained them sufficiently above in the previous section.

When any error occur to PS4 and doesn’t disappear after rebooting it, the first thing you have to try is to rebuild the PS4 database.

Rebuilding the PS4 database can resolve lots of problems that happen because of the corruption of data. That’s why experts always recommend to rebuild the PS4 database at least once every 6 months in order to maintain the performance of the PS4.

It’s quite easy to rebuild the PS4 database, and it doesn’t require any special expertise.

To do that, just restart the PS4 in safe mode, and pick option #5, then follow the on-screen instructions. For additional instructions and details on how to fix PS4 corrupted database, please read this article.

There might be a compatibility conflict going on between the game you want to play and the PS4 system. As a result, Error CE-36329-3 takes place. Therefore, you have to make sure you have updated the PS4 system software to the latest version as well as that particular game.

To learn how to update the PS4 system software, please visit this page.

As for updating the game/app, it’s pretty simple, just follow these steps:

Occasionally some of the core files that a game/app require to run are missing. The only solution for this case is to uninstall that game/app and reinstall it again.

Error CE-36329-3 might be too stubborn and none of the above methods would work to fix it. At this point, you have to consider initializing the PS4. 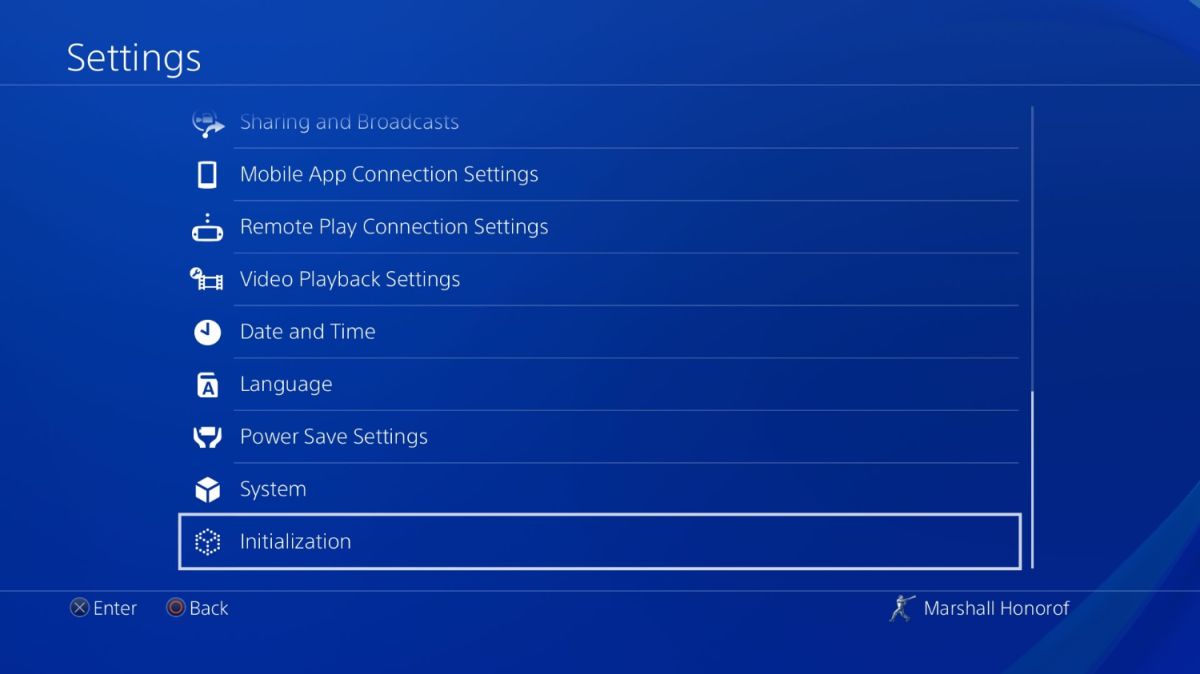 Personally, I prefer to full initialize the PS4 and reinstall the system software from scratch. That will give you a new start and help avoid many potential errors in the future due to the long use of the PS4. For this reason, every PS4 user has to learn how to initialize the PS4 and do it at least once a year.

Before you begin, you should know that an initialization completely wipes the console’s hard drive and can even remove its system software. It’s a last resort when a software glitch stops your PlayStation 4 dead in its tracks, particularly when booting up or when you want to make sure the console no longer has your data on it.

So, it seems nothing of the above solutions worked with you. Then, you have to go physical and try to fix the internal HDD of PS4.

When the internal HDD of PS4 suffers from bad sectors, the data stored on it will become corrupted. As a result, this will cause errors to the PS4 system to the extent that it might stop it from working.

What you’ll need here foremost is to unscrew the PS4 HDD and pull it out of its cage. Then go connect it to a PC, either internally or externally. Once you do that, you have to perform a FULL format (not quick) on it. This will eliminate all bad sectors on the hard drive and restore its original performance. To learn how to do that, step by step, please visit this guide.

Usually when the PS4 works fine for a while, then suddenly halts and shows up errors, the problem isn’t hard to fix. Error CE-36329-3 is one of these errors that don’t require a hardware replacement in most scenarios. So, don’t panic once you get that error.

If none of the above methods worked for you, or if you need further assistance, please leave us a comment below and an expert will be in touch with you soon.